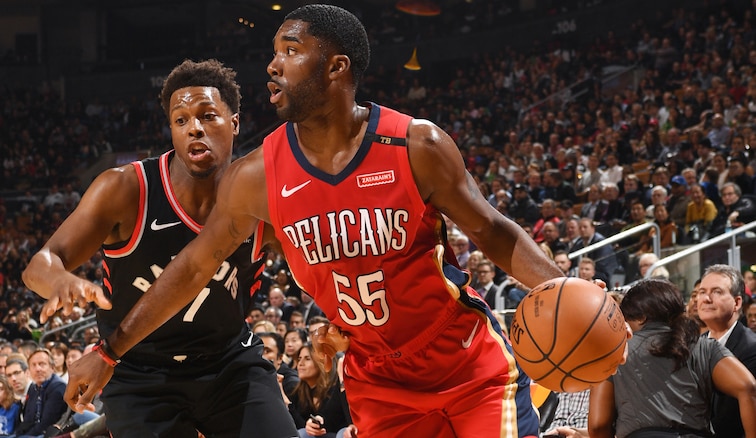 The 2019-20 NBA season has been a kind one for us so far and we’re confident we can keep the ball rolling in Week 2! Last time out our best pick was Zach LaVine to score 22+, which was nearly a winner at half time when he had 20 before finishing with 37 at game’s end. This took our best bet tally to 2/3 heading into the second week of action.

NBA Monday has a huge 11-game slate on the cards with plenty of exciting match-ups among them. Check out our best pick, value pick, plus picks for all Tuesday games below and good luck to everyone following!

Our best bet for Monday’s big slate comes from the Western Conference match-up between the Warriors and the Pelicans in New Orleans. Both sides are yet to get off the mark this campaign, which is surprising considering some of the top-end talent they possess.

The Warriors have been atrocious in their first two games of the season with huge losses against the Clippers and the Thunder. We all expected them to drop off a touch when they lost Kevin Durant in free agency and Klay Thompson to a knee injury, however, we didn’t expect them to be this bad.

The Pelicans are also winless but have been in all three of their games right up until the final whistle. Their overtime loss to the defending champion Raptors in their season opener was a particularly tough one to swallow. Nonetheless, there’s been plenty of positive signs to take out of their first three games, one of which is the fantastic play by Brandon Ingram who’s averaging over 27 points per game.

Neither team is in winning form, but there’s a lot more to like about the way the Pelicans are going about it. All of their losses have been by less than 10 points, while the Warriors have been absolutely blown out of the water in both of their games. Back on their home deck for the second time this season, we expect the Pelicans to get the job done and cover the small spread.

Our value pick comes from another Western Conference match-up that sees the Nuggets travel to Sacramento to take on the Kings. The Nuggets have had a solid 2-0 start to the season with wins over the Trail Blazers and the Suns, while the Kings are yet to get off the mark at 0-3 after losses to the Suns, Trail Blazers and Jazz. Quite clearly the Nuggets are the better team at the moment and are favoured by many to lead the West in wins this season. Further, both teams love to put up points and were in the top half of the league in pace last season, which should see the small total be eclipsed here.