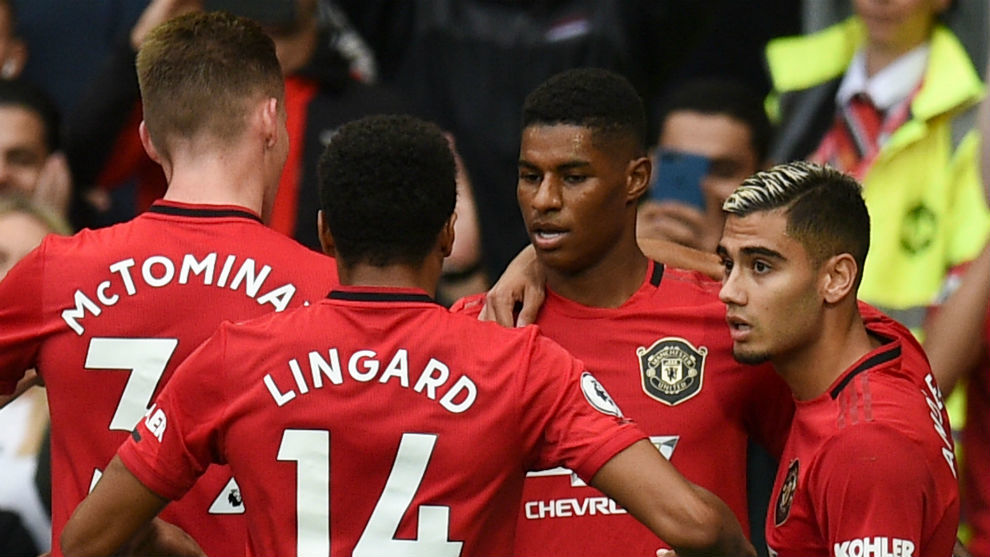 Week 5 in the English Premier League season offers another fantastic slate of games headlined by a huge clash between Manchester United and Leicester City!

We have a full preview and betting picks for the clash, as well as some of our other best bets for Matchday 5 in the EPL below.

Manchester United vs Leicester City will kick off on Saturday at 10am ET.

The Red Devils got their new campaign off to a blistering start with a 4-0 thrashing of Chelsea at Old Trafford, but it hasn’t quite gone so well since then. United have managed to pick up just two points from their last three games and are already playing catch-up to most of their rivals. They currently sit in eighth spot on the table with five points, which has them seven points short of league-leaders, Liverpool.

It’ll be interesting to see what changes, if any, manager Ole Gunnar Solskjaer makes to his squad this weekend. They’ll be well aware of the fantastic start the Foxes have made this season, and will equally aware of the improved results they require as soon as possible.

Solskjaer may have his hand forced in many ways, with an injury cloud looming over a bunch of his key players. Luke Shaw, Aaron Wan-Bissaka, Jesse Lingard, Paul Pogba and Anthony Martial are all racing the clock to be declared fit to play.

The Foxes have had a great start to the 2018-19 season.. not as great as 2015-16, but still great nonetheless. They’re one of three teams (Liverpool, Manchester City are the others) that remain undefeated through four match days, with their two wins and two draws placing them third on the table.

Manager Brendan Rogers has made a strong start with Leicester since coming over from Celtic, holding a 7-5-3 record through his 15 matches in charge. Rogers and Leicester now face one of their more difficult tasks since forming a partnership, travelling to Old Trafford to take on a Manchester United outfit that is desperate to get back to winning ways.

The Foxes have been getting great contributions from Jamie Vardy (surprise, surprise) and James Maddison. The former has scored three goals from four starts, while the latter has been attracting A LOT of interest from rival clubs after so many dominant performances in the midfield for Leicester.

This should be a very exciting and entertaining fixture for the neutral fan to watch. On one hand we’ve got Manchester United who are desperate to get out of a rut, and on the other we’ve got Leicester City who will be hoping to remain undefeated and in touch with the Liverpool and Manchester City.

For us, we expect Manchester United to get the job done. Leicester’s star man James Maddison is sure to be a little distracted knowing he could be shipped off at any point, while United will be itching to claim three points and stay in touch with the top six.

Prediction: Manchester United to have 70+% possession and win 3-1.