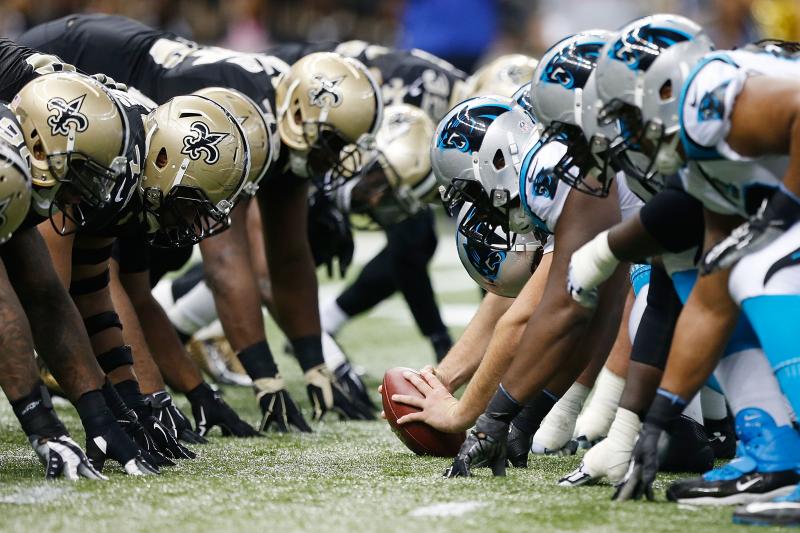 Monday night football in Week 15 offers a fantastic NFC South matchup between the New Orleans Saints and the Carolina Panthers! We take a look at the game and provide our best pick for the night below!

After faltering in Week 13 against the Cowboys, New Orleans bounced back last week to beat the Tampa Bay Buccaneers by 14 points away from home. They’ll be on the road again this Monday night against another divisional rival in the Panthers and will be hoping for a win to stay in contention with the Los Angeles Rams for the No.1 seed in the NFC.

The loss to the Cowboys was just the first since Week 1 of the regular season for the Saints, and throughout the year so far, they have been nearly untouchable on offense. Their 34.4 points per game is second only to Kansas City and they have failed to score 30 points in just four of 13 games.

Drew Brees has led the way once again for the Saints, averaging 266 passing yards per game with a ridiculous 31-4 TD to interception ratio. The form of star running back Alvin Kamara has been a bit of a worry for the Saints. After finding the end-zone 15 times in the first 10 games, Kamara has failed to score a single touchdown in his last three games, and hasn’t compiled over 100 all-purpose yards in that time either.

What a season it’s been for the Panthers in 2018 so far. After starting the year winning six of their first eight games, Carolina would have fancied themselves as a contender for the NFC South, however, they have gone on to lose their last five games in a row, including a devastating loss to the Cleveland Browns on the weekend.

The Saints start as six-point favorites away from home where they have been fantastic in 2018. They currently have a 6-1 record both straight up and against the spread on the road. In fact, the Saints have the best record against the spread in the NFL at 10-3 having won eight of their 13 games by double digits.

All of their last six wins have come by 10 points or more, including three on the road and we expect them to cover here against a struggling Panthers outfit.