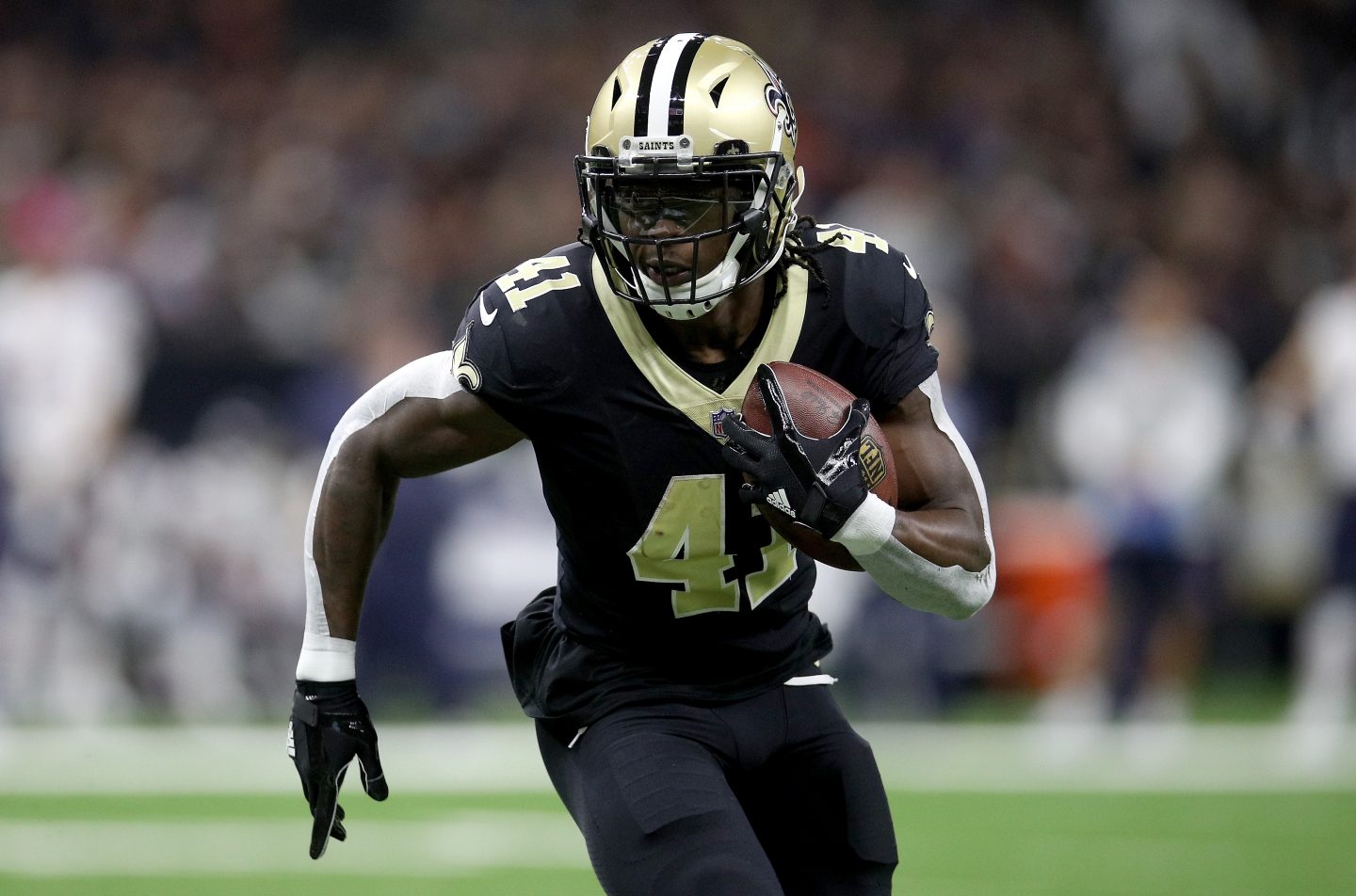 Good win in our Monday night NFL best bet as Houston comfortably covered the 3.5-point line at home against Tennessee! NFL Week 13 gets underway Thursday night with a great matchup between the red-hot New Orleans Saints and the Dallas Cowboys, who have won their last three on the trot.

Our best bet for Thursday night’s game features the New Orleans Saints to win again, making it 11 in a row and star running back Alvin Kamara to score at a touchdown at any time. The Saints should win this game, they have been nearly unstoppable on offence this season, scoring under 30 points in just two of their 11 games so far and winning both of those games.

On the contrary, Dallas have scored 30 points in just two games this season and are one of the lowest scoring teams in all of football at just 21.3 points per game. They have been able to win their last three games by turning them into slugfests, keeping their opponents to 20, 19 and 23 over that period.

We think it’s unlikely that they’ll be able to keep Drew Brees and the dynamic Saints offence to under 30 points under the dome at AT&T Stadium, which should be enough for New Orleans to claim their 11th win in a row.

One thing that the Cowboys do well is defend the run. They allow just 93.6 rushing yards per game, which is good for the fourth fewest mark in the league and last time these two teams played, first string Dallas RB Mark Ingram rushed for just 77 yards. This means that Alvin Kamara, who is the Saints preferred pass catching back, should see plenty of reps on Thursday night.

The dynamic skill position player has found the end-zone on 15 different occasions this season whether it be along the ground or through the air and has scored a touchdown in five of his last six games.