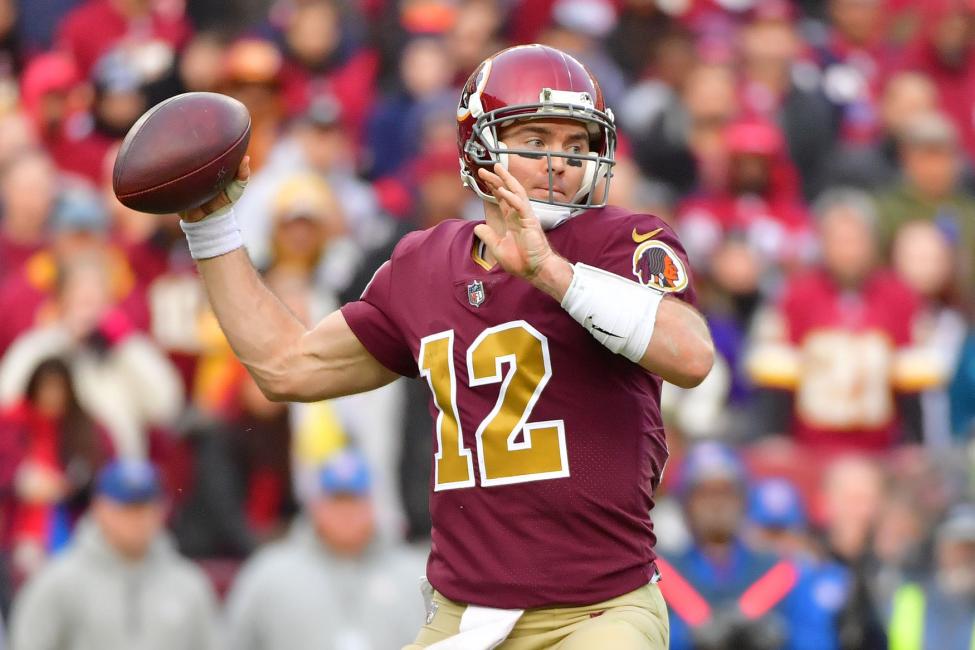 A big NFC East clash between the Philadelphia Eagles and Washington Redskins will take place on Monday Night Football this week. Both teams will be desperate for a win as their division is still wide-open heading into the final few rounds of the regular season. We provide our best bet for the game below.

Washington will be on the back of a mini bye week after playing last Thursday for Thanksgiving and not having to back up until Monday. This will be crucial for the Redskins as it will allow back-up turned starting quarterback Colt McCoy the opportunity to get some much-needed practice reps in after stepping into the starting lineup for the injured Alex Smith last week.

The Redskins were actually super impressive in that game against a Dallas team that captured a three-point win against the Saints on Thursday night. The Redskins lost by eight points on Thanksgiving and while McCoy threw three touchdowns, two of them were late in the game chasing big yardage plays and he actually looked quite capable of running the offence for the majority of the game.

Many would have written the Redskins off when Smith went down with a broken leg in Week 11, however, they currently sit just one win behind the division leaders in the Cowboys and can join them at the top of the division with a win on Monday night.

After what has been an inconsistent title defence to date so far this season, the Eagles are still well and truly within striking distance in the NFC East. They can draw level with Washington and pull within just one game of the Cowboys with a win on Monday night at home, however, their form doesn’t inspire much confidence.

The Eagles secondary is a massive problem at the moment with injuries to five of their cornerbacks. They allowed the Saints to run up 48 points in Week 11 before giving up 297 passing yards and 22 points to Eli Manning and the Giants in Week 12.

The Redskins were competitive on Thanksgiving against what has proven to be a much better team than the Eagles in the Dallas Cowboys. The extra few days off will give Colt McCoy plenty of opportunity to get practice reps in and should improve this week. The Redskins have been one of the best teams in the league against the spread in 2018 at 7-4 and 3-2 away from home. We are taking the line up one point here and backing the Redskins to the hills at +7.5.