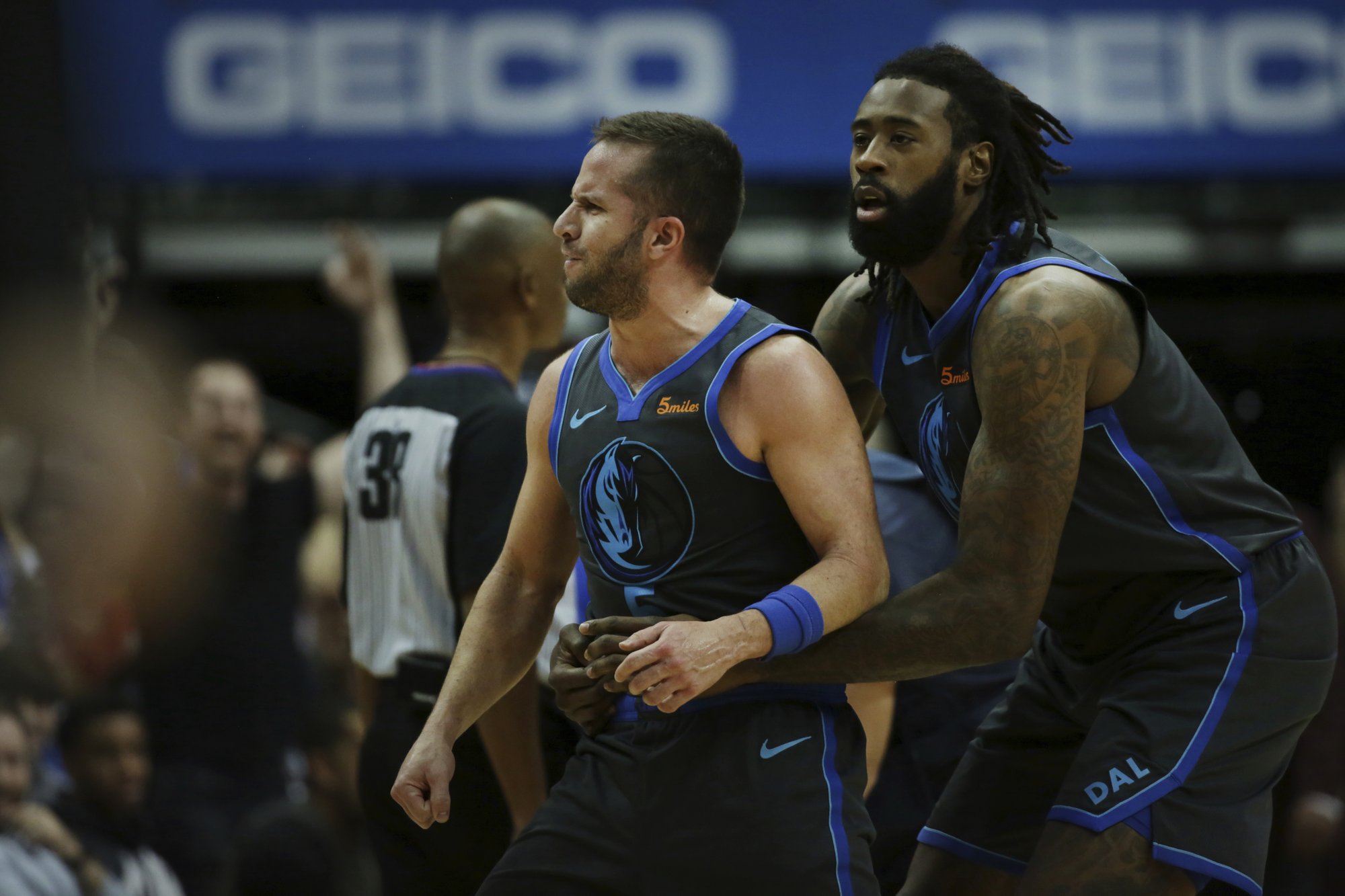 2018-19 Preview
The Mavericks had one of their leanest season in the NBA in 2017-18 to finish with a 24-58 record, which placed them in 13th position in the Western Conference. It was the franchises worst win/loss record since the 1997-98 season, where they finished with 20 wins and 62 losses.

It’s not all doom and gloom for the Mavs, however, as they were able to make some crafty moves in the off-season to position themselves well for many years to come.

The big shock on draft night occurred when the Hawks traded 3rd overall pick Luka Doncic to the Mavericks in exchange for 5th overall pick Trae Young and a future first round pick.

The addition of Doncic to the Mavericks gives their roster two genuine building blocks for the future, with athletic beast Dennis Smith Jr being the other. The only real question marks surrounding these two is how well they will gel together and the roles/positions they will play for the Mavs, as both players prefer playing the point.

Another great get for the Mavs was the signing of DeAndre Jordan. This time it was for real. After screwing them over with fake promises two seasons ago, he’s finally put pen to paper and will be bringing his much-needed defensive skills to Dallas.

There were no significant departures in what was a successful off-season for the Dallas Mavericks. 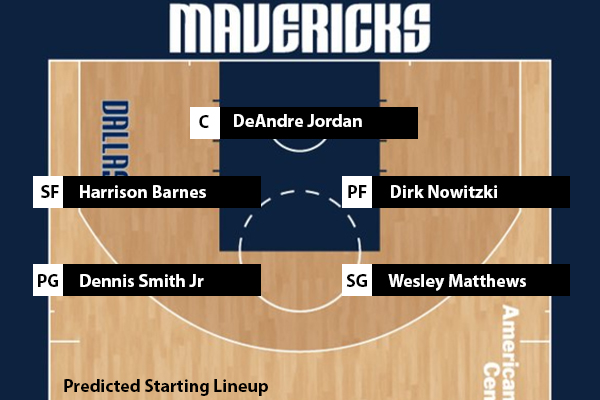 What to Expect?
If everything goes to plan the Mavericks roster has the potential to make a jump up in the standings this season. They have added some key pieces for the present and the future in Jordan and Doncic, respectively.

However, we still have our concerns, especially on the offensive end. Their main scoring threat will once again be Harrison Barnes, who is a third option (at best) on a contending team.

Then there’s Dirk Nowitzki who we all know gets buckets, and plenty of them. Although at his age (40), he can barely get up and down the court and will play a maximum of 20 minutes a night this season.

Oh, and DeAndre Jordan can’t score (unless it’s spoon fed for him under the basket) and Smith and Doncic are both a work in progress.

Quite clearly, scoring enough points to consistently win games to make a push for the playoffs is a genuine concern for the Mav organisation. 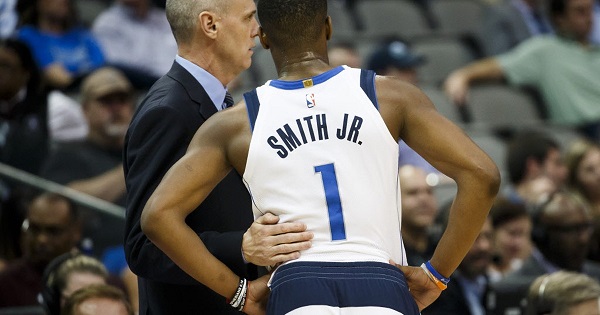 Key Player: Dennis Smith Jr
The obvious pick for the Mavs key player is DeAndre Jordan, but he’s not necessarily the best pick. In our opinion, the development of 6’3 guard Dennis Smith Jr is the key to a successful 2018-19 campaign for the Rick Carlisle coached Mavericks. Smith is an incredible talent and is possibly the most athletic guard we’ve ever seen in the NBA. He has a 48” vertical, which is the highest ever recorded at the combine and has the leg speed to compete with the Russel Westbrook’s and John Wall’s of the league. If the Mavs are to make a significant jump this season, Dennis Smith Jr needs to be in the conversion for most improved player by seasons end.

Vegas 2018-19 Win Total
Surprisingly, Dallas’ over/under opened at 34.5 wins, which we immediately thought was too high. The Western Conference is more stacked this season than it’s ever been, and that’s saying something. Unfortunately, we see them comfortably missing the playoffs again and scrapping it out with the likes of the Kings, Suns, Grizzlies and Clippers for a top lottery pick in the stacked 2019 draft.

We’re comfortable suggesting a play on the Unders for the Mavericks this season. They should inprove a touch on last season, but are they really 11 wins better than last season with the addition of DeAndre Jordan and Luka Doncic? Not convinced.