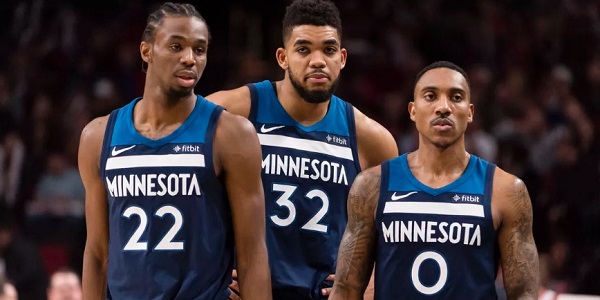 It was a fantastic day for us on Tuesday with both our Pick of the Day (-110) and Parlay of the Day (+340) saluting quite comfortably. Our best pick saluted pretty much by three quarter time thanks to the Sixers absolutely thumping the Rockets at home. While our parlay was also a relatively straight forward win with most teams leading from start to finish with a healthy buffer. We now shift our focus to the Wednesday slate and look to have another fantastic day. Good luck to everyone following!

Our best bet from Tuesday’s four game slate comes from the inter conference match-up between the Minnesota Timberwolves and the Phoenix Suns at Talking Stick Sport Arena in Phoenix, Arizona. These teams faced off only two days prior in Minnesota, with the Timberwolves coming from behind to clinch the win by two points at home. KAT and Derrick Rose both had large contributions for the winning team, while TJ Warren and Dragan Bender were the shining lights for the travelling Suns.

The Timberwolves haven’t looked at all convincing in recent weeks, winning just two of their past five games. It seems the injury to 3&D player Robert Covington has had a huge impact on the squad, and there’s still no timetable for his return. The Timberwolves have dropped down to 11th spot in the Western Conference standings at 22-24, and are four wins outside the top eight. They’re going to need to find their best form sooner rather than later if they’re planning on featuring in the post season.

Like many expected, the Suns have struggled all season long and will certainly be a top five lottery team by seasons end. They lost each of their last four games and are dead last in the Western Conference standings with 11 wins for the season. Although they’ve been losing, they’ve been surprisingly competitive in a few recent games against quality teams, so it’s not all bad news for Suns fans.

We’re actually going to take the Suns at the moneyline here. They’ve been really strong against the Timberwolves in their meetings this season and get another great chance to win at home on Tuesday. They’ve nearly got a full bill of health and come up against a team that is rather thin in their rotation. You could play it safe with a play on their spread, but we’ll be attacking the moneyline here.