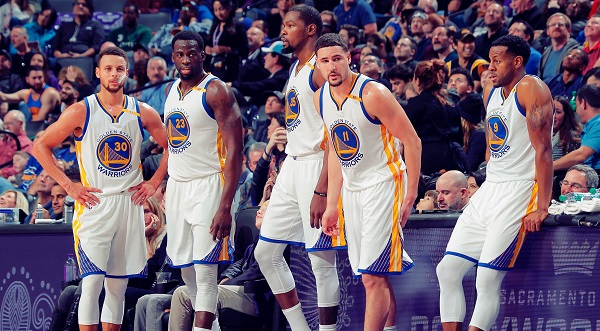 For some unknown reason the Hornets decided they didn’t want to try against the Mavericks on Wednesday as they just got blown out from the opening whistle. Nevertheless, we’re still well up on the season and are confident we’ll bounce back with a winner on Thursday. Good luck to everyone following!

Our best bet for the quieter Thursday slate comes from the huge Western Conference battle between the Houston Rockets and the Golden State Warriors. This should be a terrific contest between last seasons Western Conference finalists, which the Warriors famously won in Game 7 after trailing 3-2 in the series. Tempers are sure to be flaring in one of the biggest modern day rivalries.

The Rockets come into this in the best form they’ve been in all season having won each of their last five games and 10 of their last 11. It’s been a terrific turn of events for Mike D’Antoni’s men who looked to be in all sorts of trouble on a few short weeks ago. Much of the credit of the recent success must obviously go to reigning MVP James Harden, who has just broken the all-time record for the most points scored in a 10-game span. He’ll undoubtedly need to be at his blistering best once again if his red army are to extend their current winning streak to six. 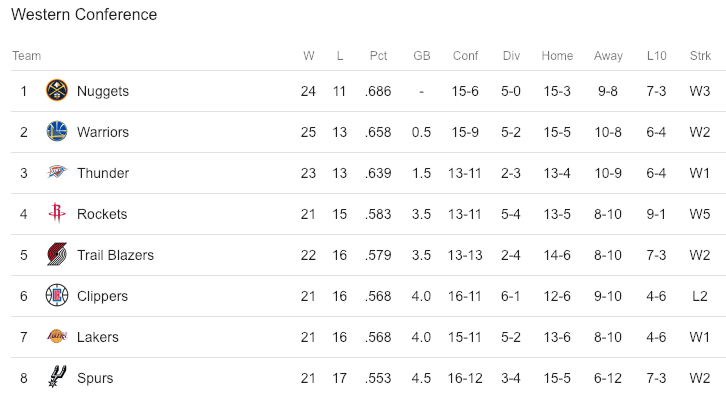 On the other hand, the Warriors are in some decent touch of their own, although still nowhere near the heights we’ve seen from them in previous years. They’ve won six of their last 10 games, which has taken them to second position in the West with a 25-13 record. There’s still no official word as to when all-star Center DeMarcus Cousins will make his NBA return after that horrific Achilles injury, but when he does it’ll send shivers down the spines of the rest of the NBA.

After a poor couple of days with out tips, we’re confident that we’ve got a winner on the cards here. The Rockets have been sensational over the past month and still don’t receive the credit they deserve from the Bookies. When you also consider the inconsistent form of the defending champs, there’s no way that the Rockets should be given a near double digit head start. We’re going to be backing them into the hills to cover the spread here, and will sprinkle a little bit on their moneyline too.

The smaller slate of NBA on Thursday doesn’t offer quite as much opportunity for a bigger, safer parlay. So we’ve opted to go with some extended lines from all three games taking place. First up we’ve taken the Spurs +6.5. They’re a terrific home team and have been in great form lately, so we expect them to put in a solid shift against the undermanned Raptors. Secondly, we’ve taken the Kings +7.5, as we expect them to do similar work to the Spurs. The Nuggets aren’t the best road team out there, whereas Sac Town almost always keep it competitive at home. Finally, we’ve taken the Rockets +14.5 for the reasons mentioned above.