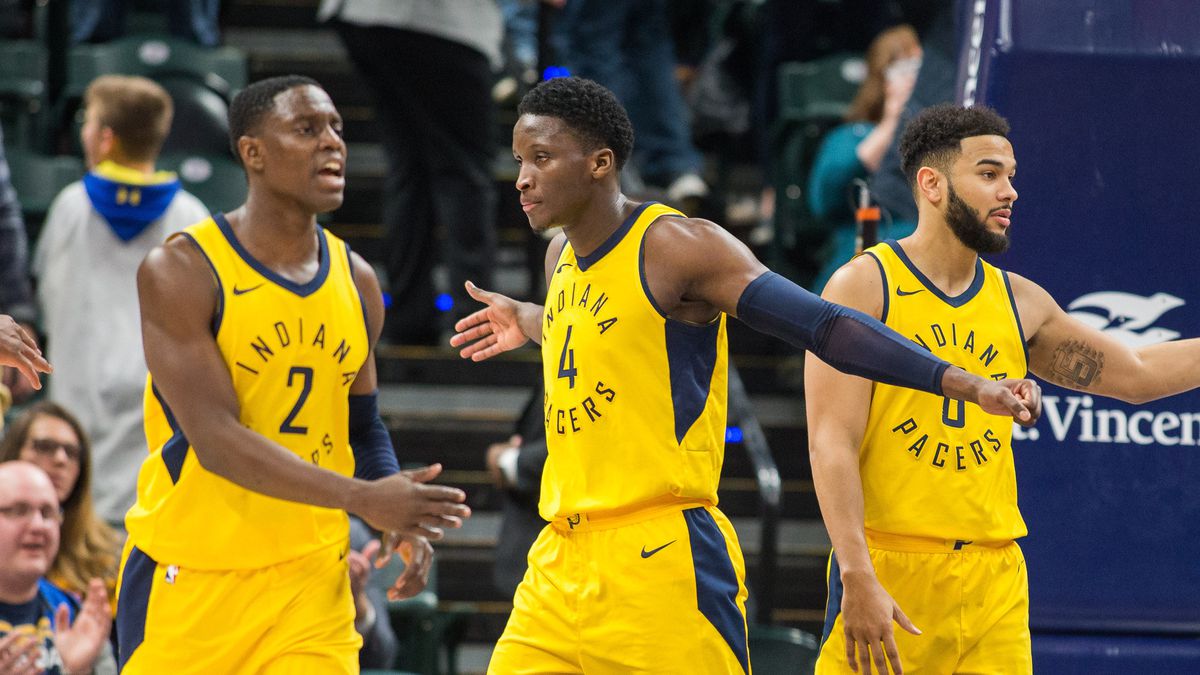 It was a very very strange game that took place in Houston today with the Rockets somehow losing to the Nets. They led by six points with under a minute to go in both the fourth quarter AND in overtime, but eventually lost by three points. It was a tough pill to swallow for us, but we must move on and try and bounce back to winning ways on Thursday. We’ve also provided our best parlay for the six game slate that we’ve had a bit of success with over the past couple of weeks. As always, good luck to everyone following!

We look to bounce back from our tough loss on Wednesday with a play on the Eastern Conference match-up between the Philadelphia 76ers and the Indiana Pacers. This is the third of four regular season meetings between these teams this season. Interestingly, the series is currently split at 1-1 with each team failing to protect home court.

The 76ers come into this game on the back of an emphatic home win against the Timberwolves last time out. They were just too much for the T-Wolves to handle from the outset, putting up a whopping 82 points in the first half alone. Joel Embiid, Ben Simmons, and Jimmy Butler all had magnificent performances for their ball club.

Although it was a great win for the Sixers, they’ve made a knack of doing that all season only to go into a shell on the road. Their win/loss difference at home and away is startling, as seen in the graphic below.

Meanwhile, the Pacers have been solid both at home and on the road all season long. They’ve put together a terrific 29-14 record despite playing three less home games to date. What’s been most impressive about Nate McMillan’s side however, is their depth. Like most teams, the Pacers have had a tough run with injuries and are often missing at least one of their starters. However, they’ve proven to be so deep that anyone from their bench can seemingly jump into their starting rotation without noticing any drop off.

Both teams come into this game with all of their starters fit and ready, which is something you wouldn’t have been able to say for some time. This makes for an intriguing battle, but one we expect to go in the favour of the home side. The Pacers have been extremely reliable at home, winning 15 of their 20 matches their so far. They’re also well rested with a couple of days off, as well an easy game last time out against the Suns. We’ve also had great success opposing the Sixers on the road, so we’re more than happy to do so again against a quality outfit in the Pacers.

Just the six games today means we’re keeping our Parlay of the Day quite tame and are only going with three legs. First up we’re taking the Pacers at the moneyline, for a bit more insurance than our spread play we’ve listed above. Second up we’ve opted to side with the Wizards to breeze past the injury riddled Knicks. And for our third and final leg we’ve taken a different approach, opting to take the Total Points Overs in the Suns vs Raptors match-up. We feel that the Suns are well rested and will be able to post a decent number now that Booker is back in the line-up, while the Raptors return home and will be able to score at will against the poor interior defense of the Suns.