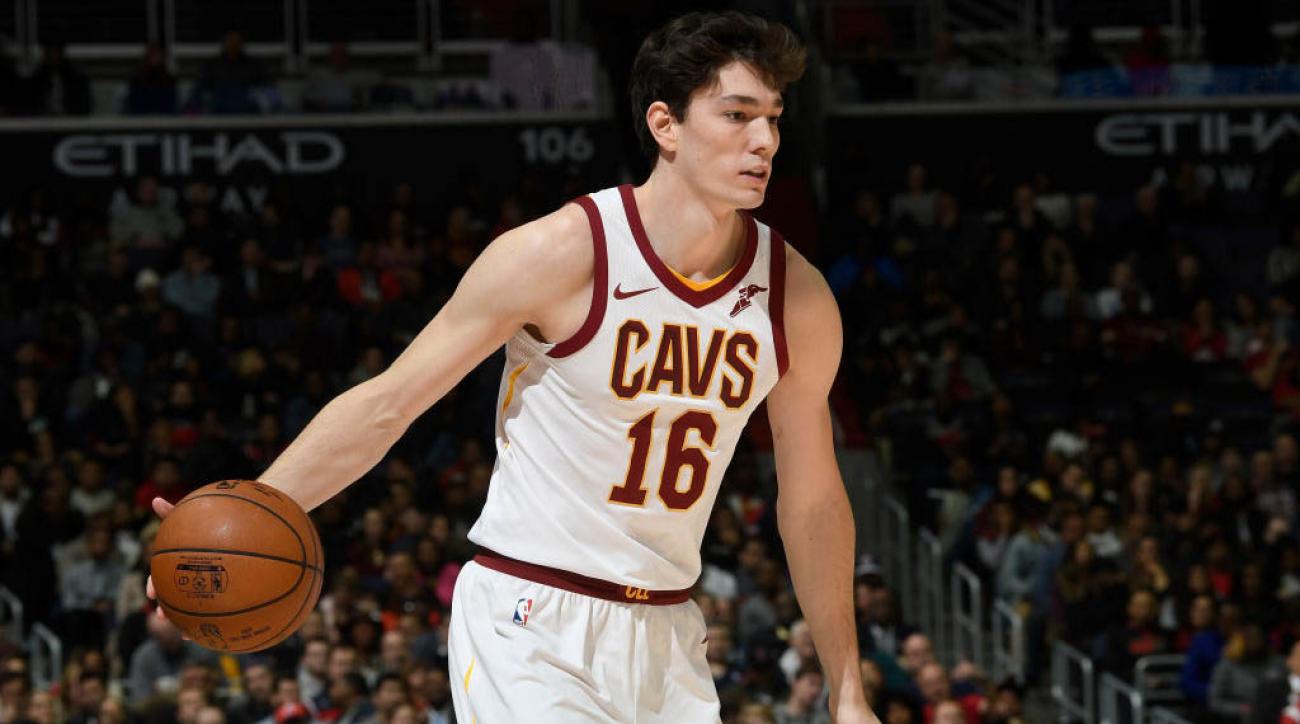 Another three tips on Sunday and while one of them was void due to Jimmy Butler being a late exclusion from the Wolves vs Mavs game, we hit on the other two to capture our second perfect day in a row. We are now 4-1 on our best bets so far this season and 10-2 overall. We have a perfect 9/9 record in player prop markets so we will be looking to continue to exploit the fluctuations early in the season. Catch our best bet and bonus tips for the four-game slate this Monday, the 22nd of October.

The departure of LeBron James has left a gaping hole in the Cleveland small forward position. It was originally thought that Rodney Hood and Kyle Korver would have first crack at LeBron’s vacant minutes, however, it’s become prevalent over the Cavs first two games that youngster Cedi Osman is the preferred choice in what must be a move with the future in mind.

The Macedonian is second behind only Kevin Love in minutes per game this season through the Cavs first two games at 34, seven more than Rodney Hood and 25 more than Korver. The 23-year-old has been making the most of his chances as well, averaging 19.5 points through the first two games against pretty tough opponents in the Raptors and Wolves.

The Cavs have a much easier match-up on Monday in the Atlanta Hawks. The Hawks have been on the road for the first two games of the season and will travel again on Monday as they face the Cavaliers in Cleveland. Their first two games have yielded big losses to the Knicks (19 points) and the Grizzlies (14 points) in which they gave up  126 and 131 points respectively.

The Hawks currently allow the second most points per game in the league, in front of only Sacramento and the last time the two teams faced off, Cedi Osman scored 16 points on just nine shots while sharing a front court with Kyle Korver (32 mins) and LeBron James (42 mins). He is averaging 13.5 shots per game through the Cavs first two.

The Atlanta Hawks have opened their 2018-19 season with two absolute demolitions at the hands of New York and Memphis, which are two teams that we expect to be outside of playoffs contention this season. They were beaten by 19 points in New York on Thursday but never looked in the game, trailing by as many as 27 at one stage. They were on the road again in their second match, going down to the Grizzlies in Memphis by 14 points and once again, never really looking in the contest.

Unfortunately for the Hawks, their first three games of the season are all road games, and they’ll be in Cleveland this Monday for arguably their toughest test to date this year. While Cleveland too have an 0-2 record, they have had two tough road games against Toronto and Minnesota to open the season, and were super competitive in both. Kevin Love was monstrous in the loss to the Timberwolves on Saturday, racking up 25 points, 19 rebounds and 7 assists. After starting 0-2, the Cavs won’t want to drop their home opener and shouldn’t give the Hawks a look in here. The Cavs have won their last three against the Hawks by an average of 10.6 and are 2-0 against the spread to start the season.