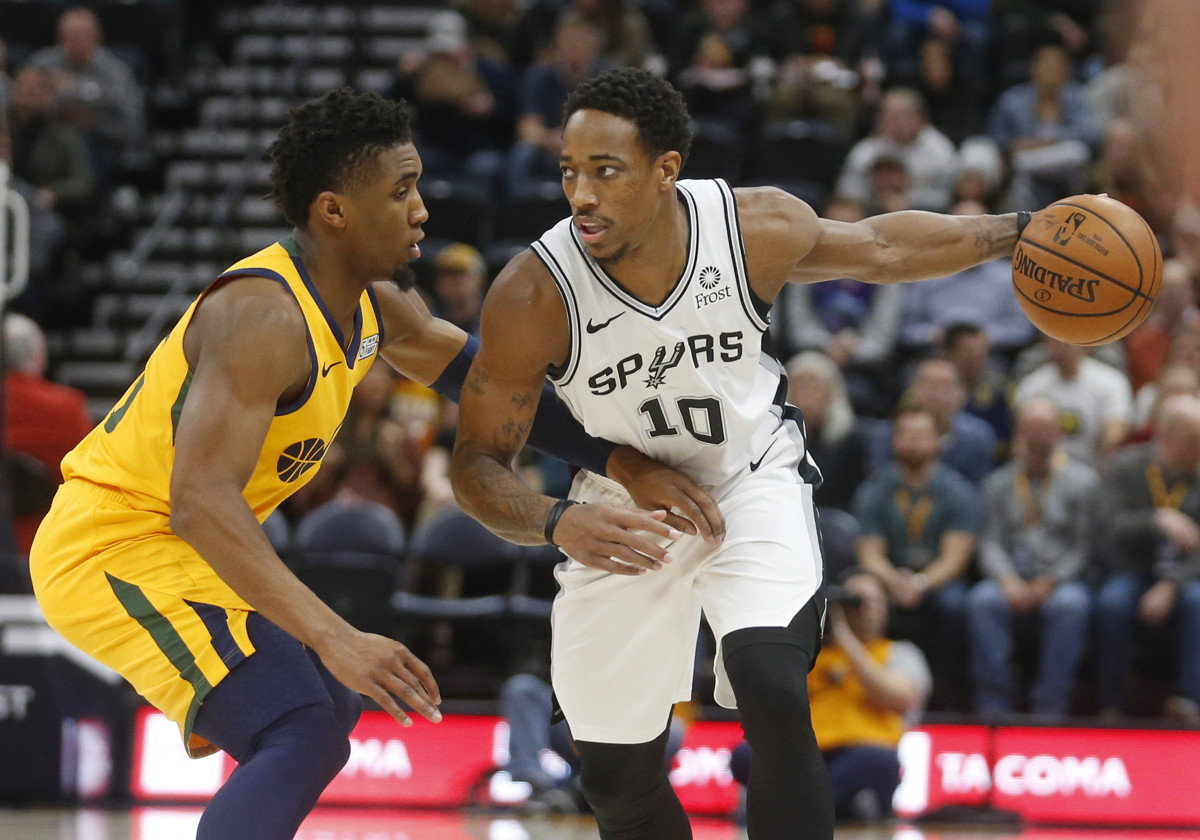 Another great day for us on Saturday with our best pick coming through again. It looked like the Rockets were going to put a stop to our winning form when they were up deep into the fourth quarter, but Luka Doncic absolutely lit it up for the Mavericks and brought home the win at +116 odds! We now shift our focus to a smaller four game slate on Sunday and look to keep the streak going. Good luck to everyone following!

Our best bet for the small Sunday slate comes from the Utah Jazz at San Antonio Spurs match-up. This is the second meeting between these Western Conference rivals this season, well this week actually, as their first meeting was only five days ago in Utah. The Jazz were able to win that game by a whopping 34 points and will be confident they can take a 2-0 lead in the fourth game regular season series, with a win in the reverse fixture on Sunday.

The Jazz come into this game in some of the best touch they’ve been in this season. They’ve had consecutive blowout wins against the Spurs and the Rockets to improve their record to 13-13, which has them in 11th position in the Western Conference standings. What was really impressive in their most recent game against James Harden and the Rockets was the fight and spirit they showed after Rudy Gobert, who’s arguably the Jazz’s best player, was ejected after just three minutes of play. After a run of home games the Jazz will now hit the road, where they’re 9-7 on the season.

While the Jazz have been looking the goods recently, the Spurs have been quite disappointing. Although they won their most recent game against the Lakers, Greg Popovich and the Spurs have lost four of their past six games and currently have a record of 12-14, which has them all the way down in 13th position in the Western Conference standings. The good news for them is they are at the beginning of a big six game home stand, but the bad news is they’re coming up against a Jazz outfit that punished them by 30+ points only five days ago.

The Jazz are one of our favourite teams to back in when they have a favourable match-up, which is exactly what the game against the Spurs represents. The’ve had the wood over their Western Conference rivals for some time now, winning six of their past seven games, including their most recent duel last Wednesday when the Jazz outscored the Spurs in every quarter to eventually win 139-105. The fact that this game is played in San Antonio doesn’t phase us, because the Jazz have actually had more success on the road than at home this season. They come in as favourites and we’re happy to give up a few points and recommend a play on the Jazz’s spread.

There’s just the four games on Sunday, which usually makes it harder to generate a good value Parlay. However, we’re confident today with what we’ve come up with. As mentioned above, we expect the Jazz to win. We also like the Raptors at home, where they’re 11-3 this season, compared the the Bucks who are 4-5 on the road. For the third leg we’ve gone with the Knicks with a few extra points on their line. We don’t expect them to win, but they should be competitive enough at home to keep it to single digits against the Hornets.