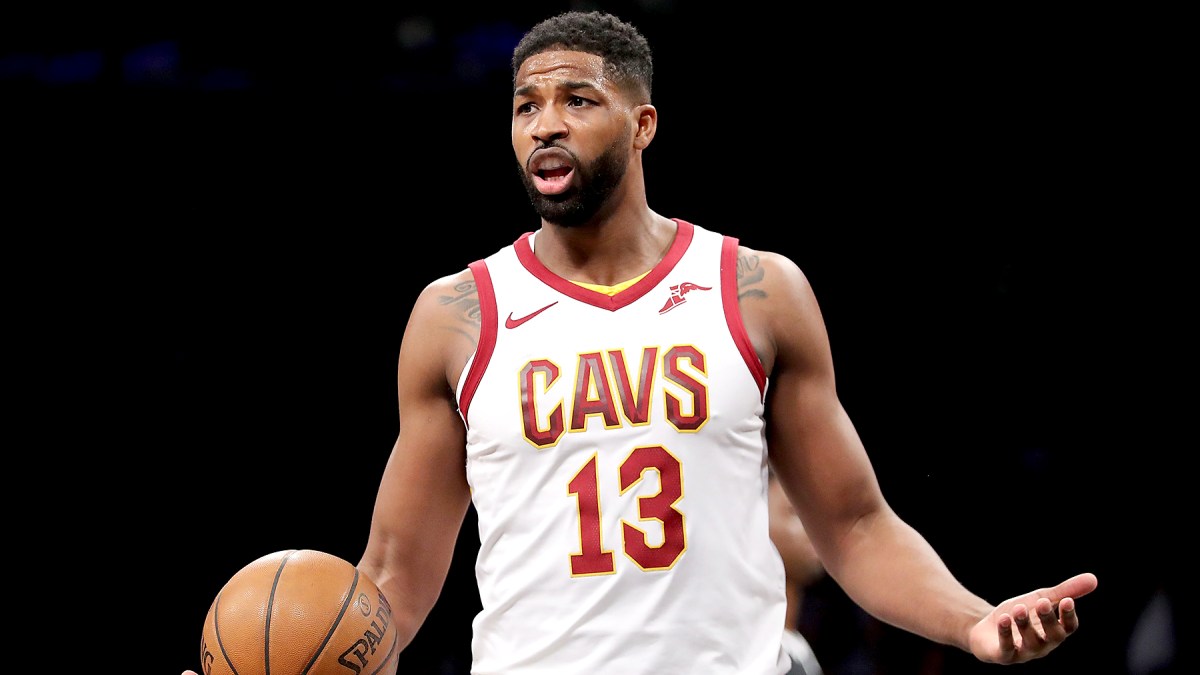 The Jazz were really disappointing today as they let a 19 point lead slip to eventually lose by two points. All early signs were that we had a winner on our hands, but a huge 20-0 run for the heat crushed our chances. Despite the loss, we must move on and prepare for the seven game slate on this Monday the 3rd of December. Today we’ve got a familiar best bet on the cards and have provided a few other plays that we fancy from some of the other games. As always, good luck to everyone following!

Our best bet from a seven game slate on Monday comes from the Cleveland Cavaliers at Brooklyn Nets match-up, which is being played at the Barclays Center in Brooklyn at 7:30pm (ET). This will be the second of four meetings between these Eastern Conference rivals this season. Their first game ended in an easy 16-point road win for the Nets on the back of a 38-17 third quarter onslaught. The four game regular season series in 2017-18 finished with the Cavaliers up 3-1, but things have certainly changed in Cleveland since the departure of the King.

Our focus for Monday isn’t on the head-to-head duel however, it’s once again on the Cavaliers Canadian big man Tristan Thompson. Today, for three key reasons, we’ve found value in his points spread (12.5). These reasons are:

1. Thompson has exceeded 12.5 points in six of his last seven games. Check out his game log over this stretch below.

2. The Cavaliers roster is extremely thin at the moment, particularly the front court. Obviously, Kevin Love is still out and will be for some time, which has naturally provided Thompson with extended minutes for the majority of the season so far. But then there’s backup big man Ante Zizic who is also expected to miss this clash. Zizic missed their most recent game against the Raptors, which resulted in Thompson playing a whopping 40 minutes! This equalled the season high in minutes that he earned against the Timberwolves only a week ago – in a game where Zizic tallied just five minutes. Check out the list of Cavaliers injuries and their expected lineup in the image below. 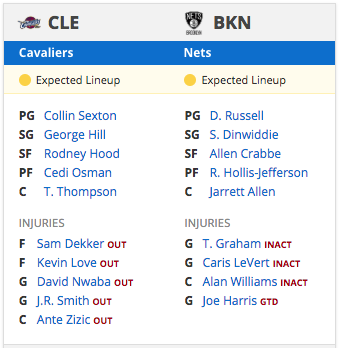 3. Finally, Thompson’s opponent in this one is likely going to be Jarrett Allen. Allen is a terrific young talent with a bright future, but he’s had a hell of a time defending opposition centers in recent games. Below is the damage opposing centers have done against the Nets in the six games prior to their most recent game with the Wizards, who currently don’t have a recognised center.

Tristan Thompson may not have the scoring gift of an Embiid or a Towns, but he plays similarly on the offensive end to Gobert and Whiteside who have both been able to put up big numbers against the Nets. On top of that, we also expect Thompson to be forced to play minutes well into the 30s, simply because there’s no one else who can step in at his position (given Zizic doesn’t play). All in all, we see this as the best play of the day and are comfortable recommending it.

* We thought extensively about opting for a play on Thompson’s PRA, but the Points line seemed to offer the most value at the Bookies we researched.