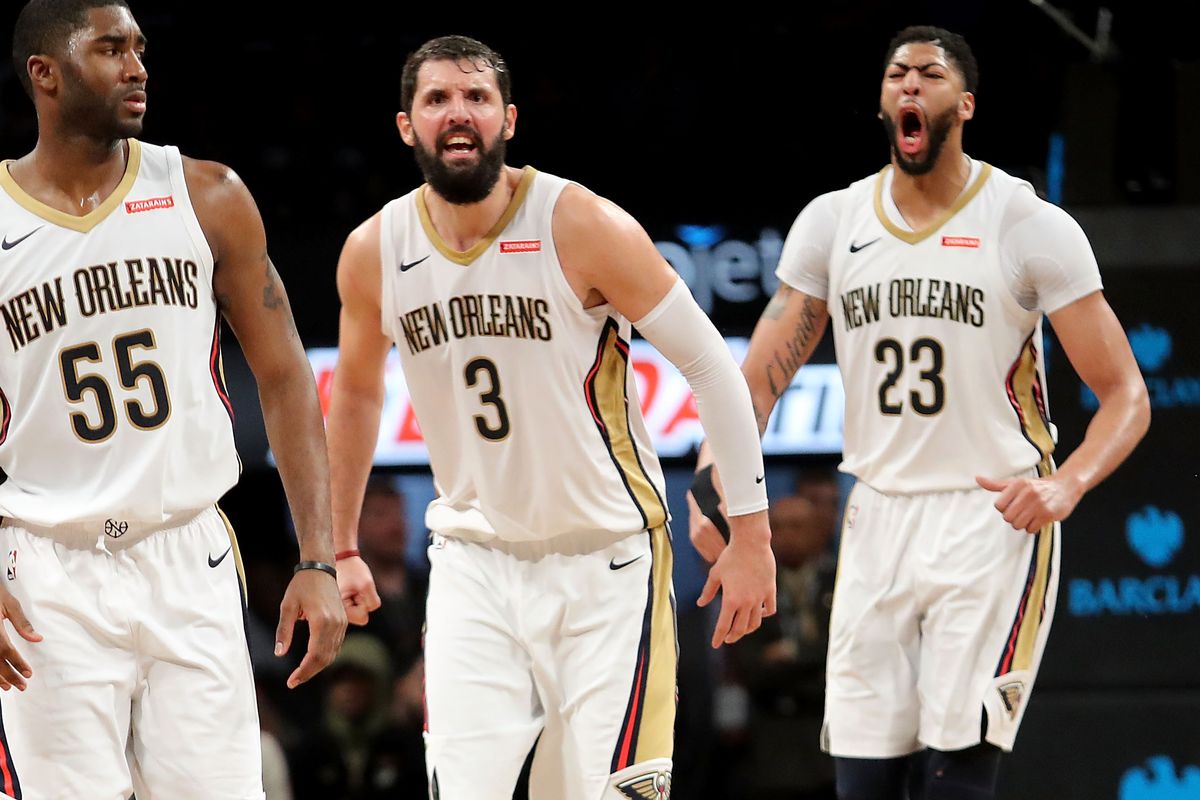 Another good day for us with our best bet cruising home to take us to 7-3 for the season (all $1.80+). The Pistons weathered the Cavalier storm and the Lakers upset the Nuggets to easier cover our passive +9.5 line. We now shift our focus to the seven-game slate on Saturday and offer our best bet and bonus tips once again.

Our best bet for Saturday’s slate comes from the Smoothie King Centre in New Orleans where we have the visiting Brooklyn Nets taking on the undefeated New Orleans Pelicans. Our focus for this intriguing encounter lies with the red-hot Montenegrin, Nikola Mirotic.

It’s been a phenomenal start for the Pelicans, as they sit atop of the Western Conference with a perfect 3-0 record to start the season. So far they have defeated the Rockets (away), Kings (home) and Clippers (home) all by comfortable margins and while Anthony Davis’ stellar play has been a large factor in their undefeated start, Nikola Mirotic has been right there with him as a key contributor.

In the Pelicans first three games of the season, Mirotic has poured in 30, 36 and 18 points. All of this has come on an efficient 54% from the field and 48% from three. He’s clearly become a key player in Alvin Gentry’s offensive minded game plan, averaging over 30 minutes of court time and taking a high volume of shots.

Although the two 30+ point games to start the season were great, we like the way he was still able to post 18 points in their last outing while struggling with his long range shooting (0-6 from three).

In what looks likely to be a high scoring affair, we have Mirotic putting up 15+ shots and cruising past his generous 19.5 line, even if he isn’t absolutely lights out from distance.

The first of our bonus tips for Saturday’s slate is on the Rockets to cover their small line. Although they haven’t had a great start to the season and will take a big hit with James Harden sidelined with injury (hamstring), we feel that Chris Paul will come back from suspension on a mission. He’s shown in his stint with the Rockets that he’s more than capable of leading this team to victory without last season’s MVP, and in such an important game against the Clippers tomorrow we have him leading Houston to a much needed victory.

Our final play of the day is on the Great Freak to hit OVER 0.5 three-pointers. Although he’s not a great shooter from beyond-the-arc, Giannis Antetokounmpo and the Milwaukee Bucks have been given the green light to take the three ball this season. As a collective, Milwaukee are shooting nearly double the amount of three’s that did a season ago, with Giannis himself having 15 attempts in his first four games. We have $2.30+ odds as too good to refuse here.