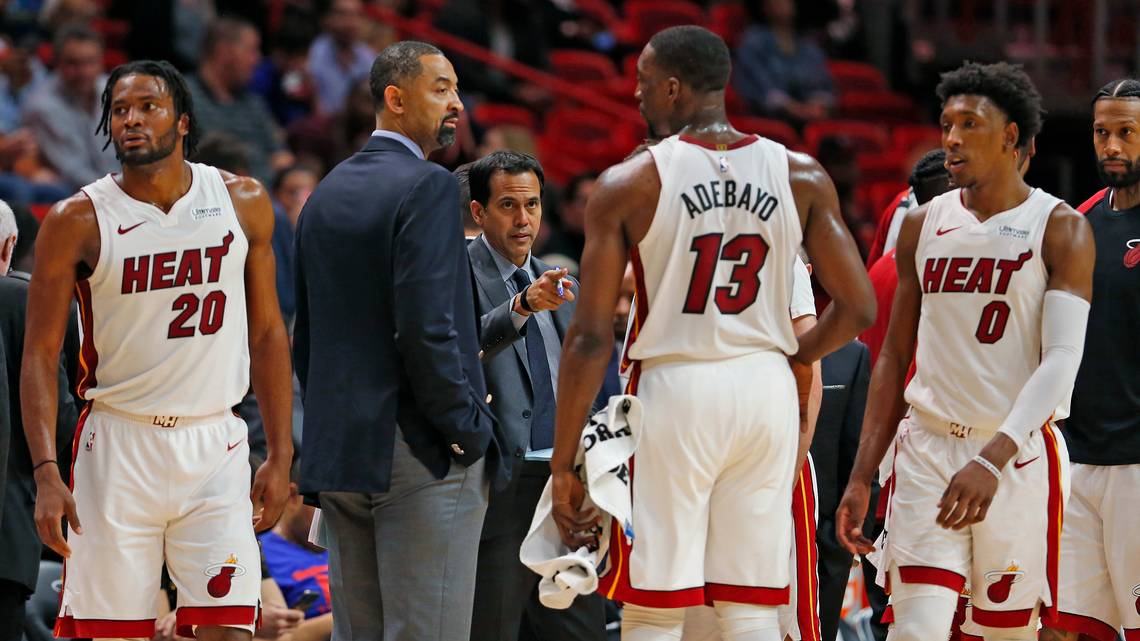 We’re in another hot streak at the moment, which is certainly not unfamiliar territory for us this season. On Thursday it was the Trail Blazers who helped us to another win to make it two in a row and four from our last five. The Blazers got out to an early lead courtesy of CJ McCollum, but the Spurs rallied back late in the third to give us a scare. However, the quality of the Blazers came to the fore and eventually had them defeat the Spurs by nine points at home (127-118). We now turn our attention to the larger slate on Friday and look to keep the ball rolling. Good luck to everyone following!

Our best bet from the busy Friday slate comes from the cross-conference battle between the Miami Heat and the Sacramento Kings at the Golden 1 Center at 10pm (ET). This is the second meeting between these teams this season. The first on ended in a fairly comfortable win for the Kings in Miami, meaning they’ll look to secure the two game series sweep in Sacramento on Friday.

The Miami Heat are coming off a surprise win last time out against the Trail Blazers in Portland. No one (especially us) expected them to come out on top, but they made enough solid plays down the stretch to pull out the win. They now travel to Sacramento in search of back-to-back wins, which has eluded them for much of their 2018-19 campaign. As it stands, the Heat are in eighth spot in the weak Eastern Conference and look to cement their spot in the playoffs.

The Sacramento Kings are coming off a very disappointing loss to the Rockets last time out. They came into that meeting with three consecutive wins under their belt, but were blown out of the water early on with another James Harden masterclass. It may be upsetting at first, but the Kings get to remain on their home ground and have a chance to rectify things on their home floor with a win against the Heat here. The Kings are currently in 10th spot in the West with a record of 28-26.

Without dragging on too long, we see this as an easy home win for the Kings. They out-matched them in their opening round duel and come into this with very similar squads. At home we see the Kings being far too quick on the break and putting up points that the Heat simply can’t match. Back the Kings spread here.