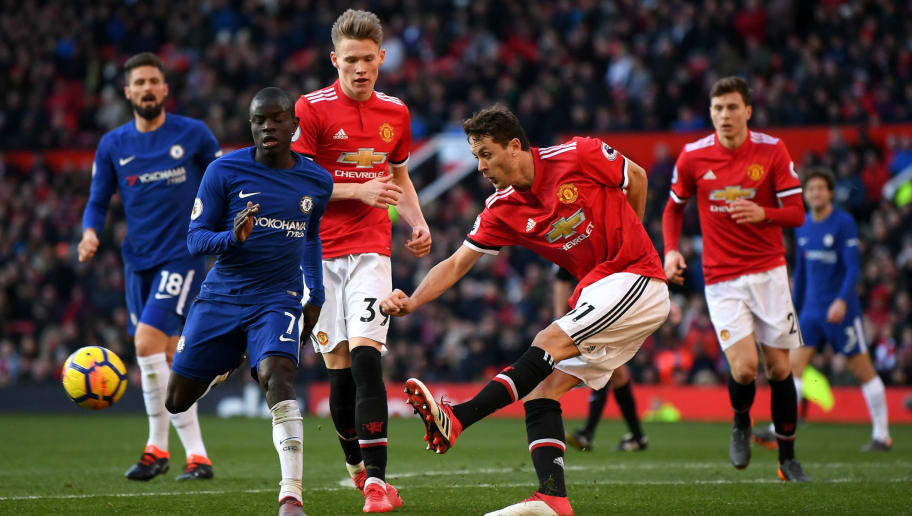 The winners keep on coming for us and our followers, particularly with our EPL Betting Tips where we’ve hit on each of our last four best picks. Last time out it was Everton to defeat Arsenal at Goodison Park that got up at really nice odds to improve on what’s been a fantastics 2018-19 season for us thus far. We now shift our focus to Match Day 36 where we’ll look to make it five wins on the spin! Check out our best pick below and good luck to everyone following!

The game in focus for our best pick this weekend is the match of the round that sees Manchester United hosting Chelsea. This fixture is scheduled for kick off at 11:30am (Eastern Time) at the famous Old Trafford in Manchester, England. The first meeting between these teams this season ended in a 2-2 draw at Stamford Bridge thanks to goals from Antonio Rudiger (21′) and Ross Barkley (90+6′) for Chelsea and a brace from Anthony Martial (55′, 73′) for Manchester United. Catch the highlights from that clash on October 20th 2018 in the video below.

All eyes will be on Manchester United here after their recent struggles and reported in-house fighting. They come into this huge clash off a 2-0 loss to City in the Manchester derby, which they never really looked likely. That result came after a 4-0 thrashing by Everton in the game prior, which has manager Ole Gunnar Solskjær in a bit if hot water. The honeymoon period is certainly over for the Norwegian native who has coached United to four losses in their last six league matches. This sort of form isn’t going to cut it in such a cut-throat league that sees managers regularly fired for far less. As it stands, the Red Devils are in sixth place on the league table and need to finish the season off strongly if they’re a chance to play in the UCL next season.

Chelsea haven’t been in the greatest of form either with just one point from their past two league matches. Their most recent match was at home to Burnley where they drew 2-2 thanks to first half goals from N’Golo Kante (12′) and Higuain (14′). The Blues fixture prior to that draw was against title contenders Liverpool, which they would eventually lose 2-0 on the back of second half goals from Sadio Mane and Mohamed Salah. The Maurizio Sarri coached Blues are currently in fourth position but are just one point clear of fifth placed Arsenal and three points ahead of their opponents in Manchester United.

This is a huge clash for both teams in the scheme of things. A win for Manchester United would bring them level with Chelsea with 67 points, but a loss would see them just about lose all chance of finishing in a Champions League qualification position. With so much on the line you can expect this to be a heated battle with a bit of a feeling out process in the first 15 or so minutes. However, when push comes to shove we expect Chelsea to be the better team and edge out Manchester United for the three valuable points on offer.