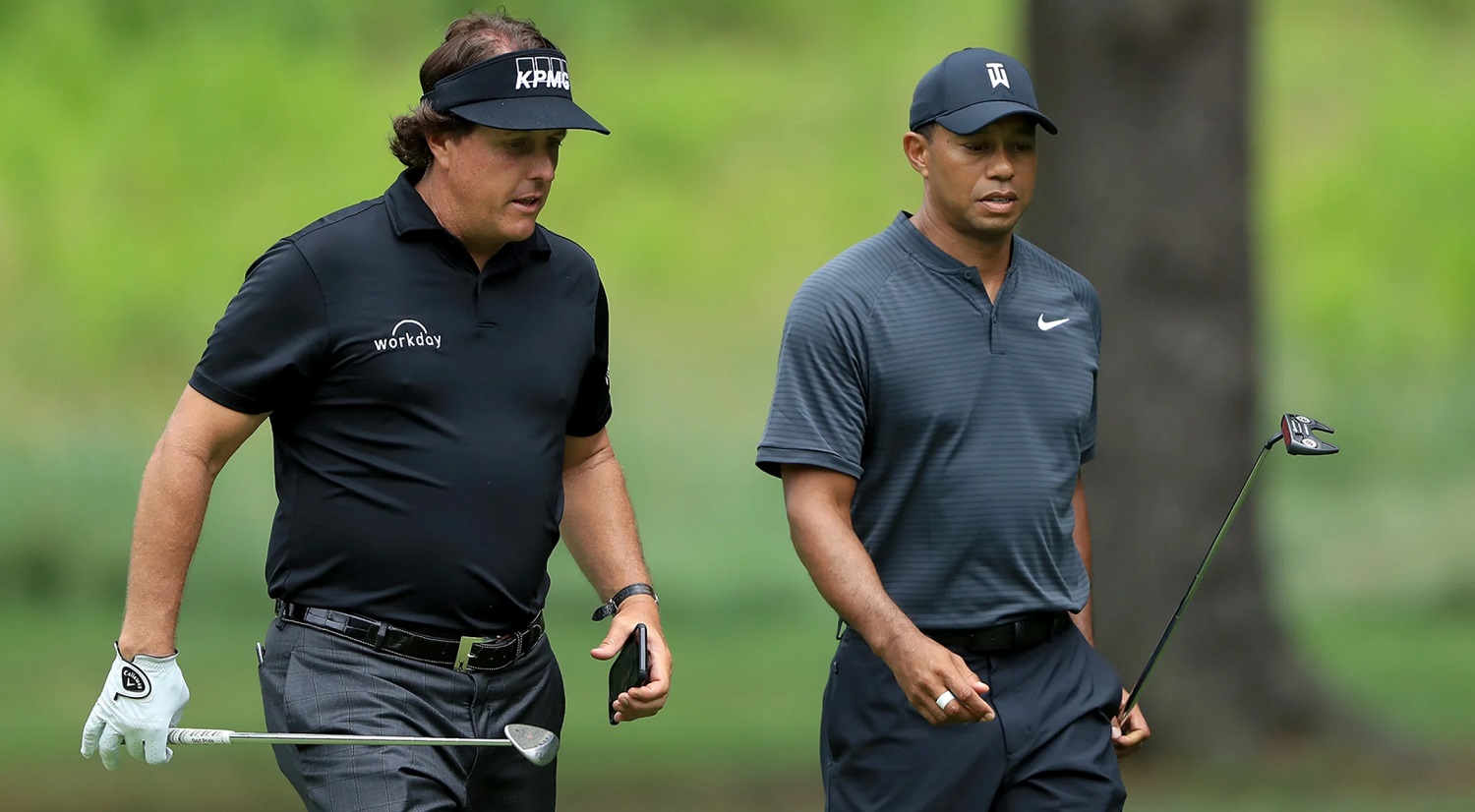 Almost two years after ‘The Match’ which saw Phil Mickelson defeat Tiger Woods in Las Vegas, the two superstars of golf will do battle once again. This time around, they have enlisted the help of NFL legend quarterbacks Tom Brady and Peyton Manning for a once off charity match.

‘The Match: Champions for Charity’ will be played from Medalist Golf Club in Hobe Sound, Florida this Sunday, the 24th of May and we have a full preview and betting picks below.

The match will be played under matchplay conditions over 18 holes. The front nine and the back nine will be split up into two different formats.

Medalist Golf Club in Hobe Sound, Florida was founded in 1995 by Australian golfer Greg Norman. ‘The Shark’ had the help of famous golf architect Pete Dye in the creation of the course, which is fitted amongst the native pines and sandhills of the area.

A host of pros call the course home, including Justin Thomas, Rickie Fowler and Tiger Woods himself. Thomas’ local knowledge of the course will be on full display on Sunday, when he lines up along the TNT broadcast team as one of the on-course reporters.

The course is also home to some high profile celebrities including Dan Marino, Michael Jordan and formerly George H.W. Bush.

The advantage for Woods playing on his home course that he regularly practices on is the main thing for us when trying to land on a winner here. Medalist Golf Club is right in Woods’ backyard and there’s no doubt that he’ll be sharing that inside knowledge of the course with his teammate, Peyton Manning.

Manning too, is arguably the better golfer than Tom Brady purely by their handicaps where the former Colt has roughly a two shot advantage.

Phil Mickelson has also been in pretty terrible form since his win over Tiger Woods nearly two years ago in Las Vegas. He played 9 events on the 2020 PGA Tour before the season was suspended, missing the cut five times and finishing in the top 25 just once.

Tiger on the other hand, has played just three events, recording a win at the ZOZO Championship and a T9 at the Farmers Insurance Open. He was also arguably the best player at the Presidents Cup back in December, where his solid team play will no doubt be a factor alongside Manning.

Hard to look past the Woods/Manning combo here, given all of those factors.

There are a bunch of great matkets for ‘The Match: Champions for Charity’ at DraftKings including props for various featured holes throughout the events! Head to DraftKings now to see a full list of available markets and start betting! 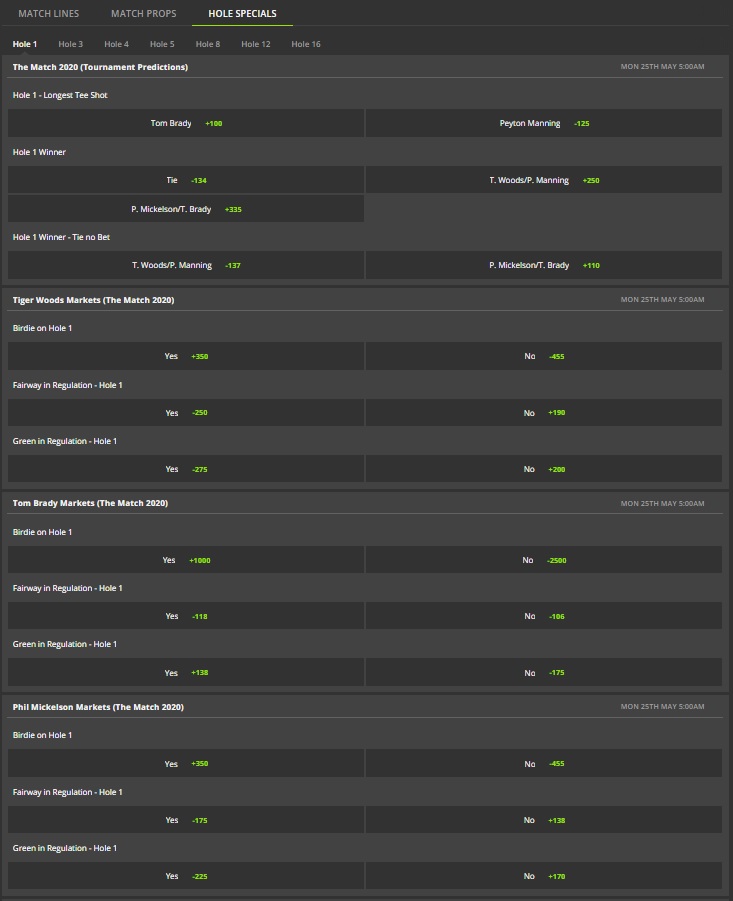