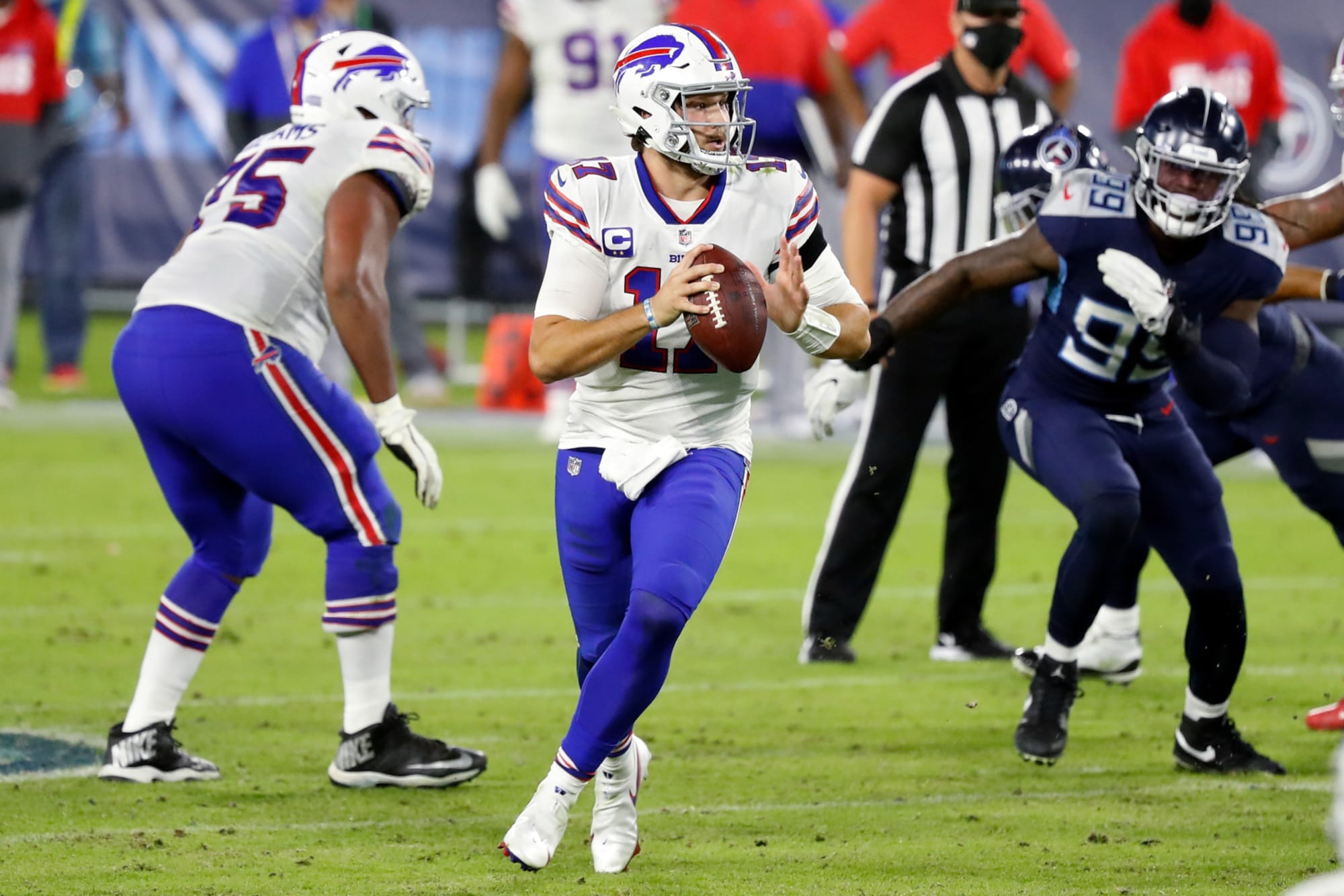 Another two game slate to look forward to in the NFL this Monday night. The Bills host the Chiefs in the first game of the day from 5pm (ET). Following that, the marquee timeslot will see the Cowboys hosting Cardinals. See our full preview and betting picks for both games below.

The Chiefs are 4-1 straight up on the season so far but haven’t really looked convincing in any game outside of their win over the Ravens. They went down to the Raiders in Week five, losing by eight points at home in a high scoring game. Star QB Patrick Mahomes has been solid by his lofty standards, racking up 294.8 passing yards per game and throwing 13 touchdowns to just 1 interception.

The Bills started the season in hot form, winning their first four games, however, they were smashed by the Titans in Week 5, going down by 26 points in Tennessee. It was an uncharacteristic loss for the Bills, but they’ll be back in the sanctuary of Buffalo this week, where they have a 2-0 record straight up and 2-0 against the spread.

The Chiefs start as 5 point favourites here, which seem like that would be about right if the game was in KC, but in Buffalo we think that is a little too high. As we mentioned, the Bills are 2-0 ATS at home while the Chiefs are just 1-1 ATS on the road. 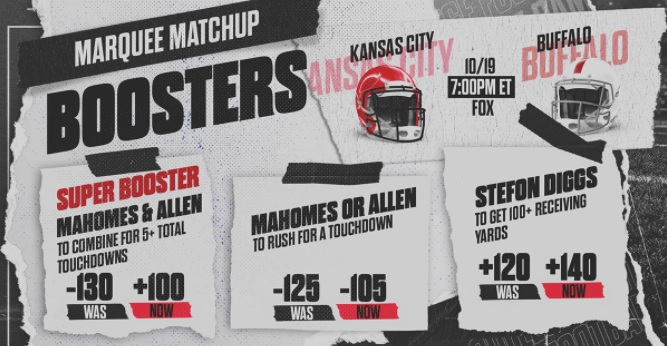 What a tough week it was for the Cowboys last week. They had a solid win over the Giants but lost their starting quarterback Dak Prescott to a horrific injury that will see him out for the rest of the season and likely more. Former Bengals QB Andy Dalton stepped in and did an admirable job and as far as back up quarterbacks go he is probably the best in the league.

The Cardinals started their season in hot form, winning their first two games against the 49ers and Washington. They went on to lose their next two games, however, against the Lions and Panthers. They bounced back in Week five with a predicted dominant win over the Jets. The Cards have been dominant in the run game so far this season, racking up an average of 141.0 yards per game, good for fourth in the league.

Another tough game to call here, especially with Dalton in the line-up for his first start. The Cowboys sit atop the NFC East division with a 2-3 record and will be desperate to stay there. They start as just 1 point favourites and we like them at that line, especially at home. 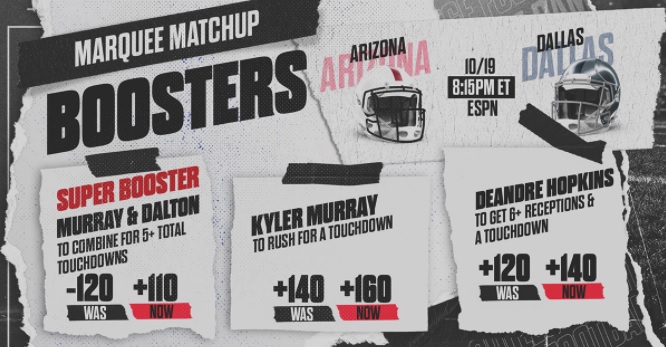