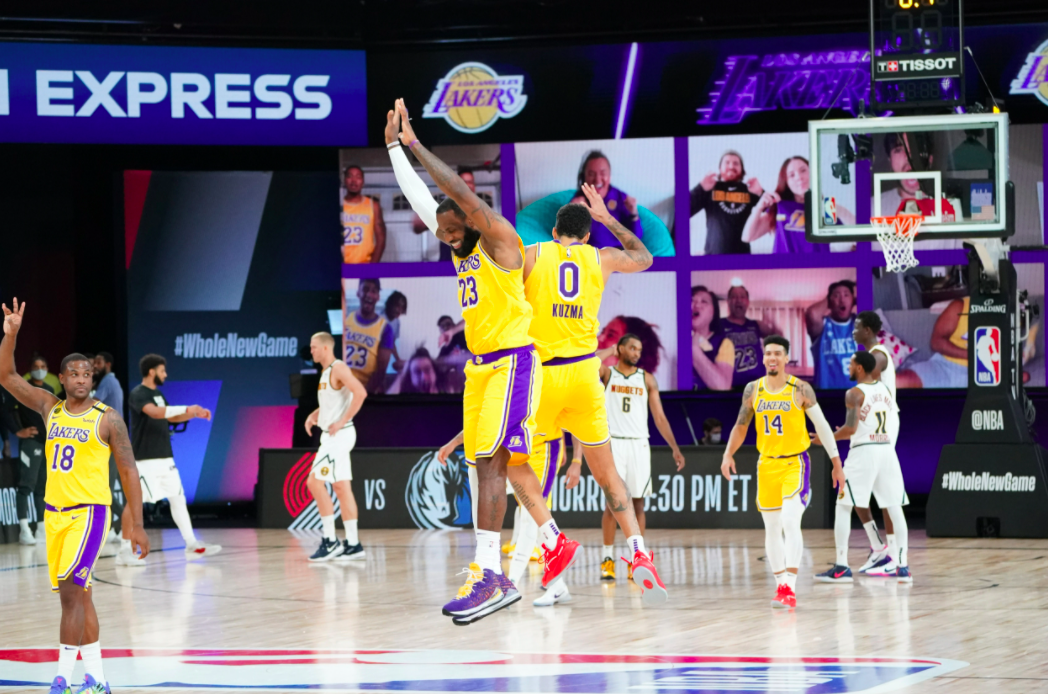 The NBA Playoffs are at fever pitch and both the Eastern and Western Conference Finals matchups are decided! The Lakers will face off against the Nuggets in the West, starting Friday night.

The Lakers are yet to really be tested so far in the playoffs. They had they knocked off the Blazers in the first round, dropping one game along the way before downing the Rockets also in five games.

The Lakers big men weren’t really a factor in the Houston series, but their ability to be effective against the small ball Rockets and the impressive play of guards Rajon Rondo and Alex Caruso will be important for their depth in the Western Conference Finals.

LeBron James had a pretty quiet first round against the Blazers but came to the party in Round 2. He averaged 25-10-7 in the five game series and looks in peak physical form heading into the WCF.

Davis was able to have free-reign on defence against the Rockets, sitting out in the corner against the likes of Robert Covington and P.J. Tucker for the majority of the series. That won’t be the case this time around. Davis will be crucially needed on defense to help stem the flow of Nikola Jokic, who has been on an absolute tear in these playoffs.

What a thrilling ride its been so far for the Nuggets this post-season. In both of their series so far, they have come back from 3-1 to win in seven games, first beating the Jazz before shocking the basketball world and knocking off Kawhi Leonard and the Clippers.

It was Jamal Murray who stole the show in Round 1 but the Clippers had absolutely no answer for Nikola Jockic as the all-star centre averaged 24.4 points, 13.4 rebounds and 6.6 assists per game throughout the series.

If the Nuggets are to be successful in this series, they will need another ig series from both Murray and Jokic, but also their role players, who have all been quiet throughout the playoffs so far. More from the likes of Michael Porter Jr., Gary Harris and Jerami Grant.

The veteran saved the series for the Nuggets in Game 5 against the Clippers. When they were trailing big in the 3rd quarter, Millsap poured in 14 points in the quarter to help them force a Game 6, which ended up being absolutely critical. Millsap will have a massive job defending LeBron James in this series, something he has had success with in the past.

The Nuggets have done the impossible twice in a row now so nothing it out of the question here. They have the star power and depth to match it with the Lakers but you have to feel that back to back seven game series might catch up with them here.

The Lakers have had ample rest in between series and have a fully healthy roster to call upon. They should get the job done here but the value of an in-form Nuggets team to snatch a few games is just too good to pass up.

After a gruelling seven game series against the Jazz and a short turn around, the Nuggets were absolutely pulverised in Game 1 against the Clippers by 23 points. While we think they will pinch a few games on the back, they should be underdone leading into game one. Back the Lakers here.

A good win in Game 1 as we predicted the Lakers to come out firing against a battered Nuggets side that had just come off a seven game series. Make no mistake, the Niggets should be more competitive here. The dominant performance by the Lakers in Game 1 has shifted the line out by an extra point and we think that makes the Nuggets great value here.

We thought Game 3 could go one of two ways. Either the Nuggets rolled over and succumbed to what is a superior team or they put up the fight of their lives on the back of a dominant game from star centre Nikola Jokic. Due to the uncertainty, we decided to stay away from the game, and the latter ended up being the result. Make no mistake, the Lakers should be back engaged on Thursday night.

The Lakers got the job done in Game 4 to send us to 3-0 on betting picks in this series. They look to have a strangle hold on the series now, with their big men absolutely dominating in Game 4. Should close out the series here and the line has come in for some reason.