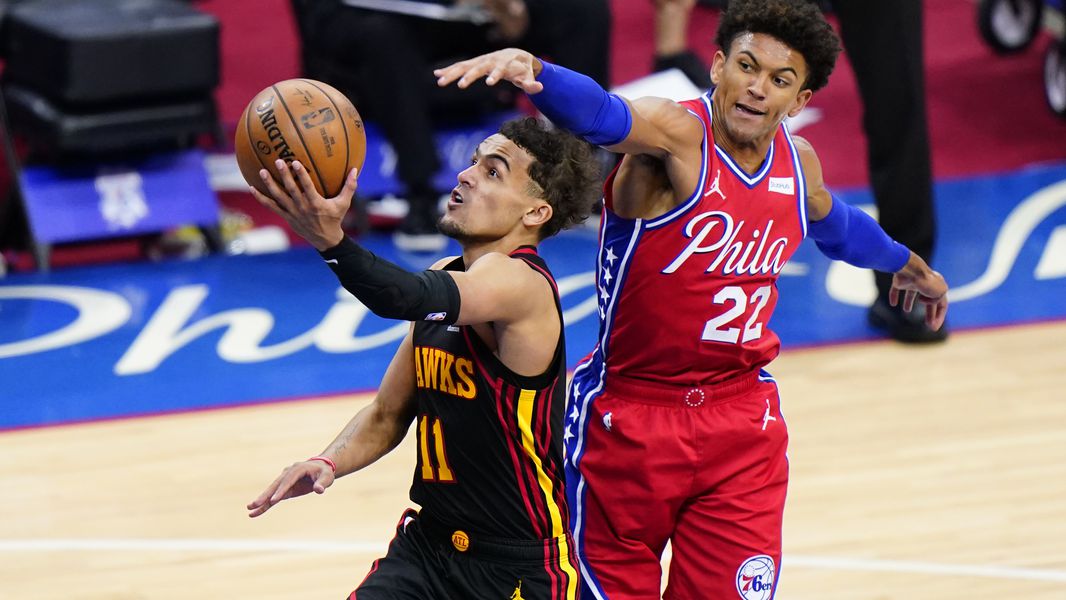 There’s a big NBA Playoff double-header on Tuesday with two important games set to play out. Catch our best betting picks for both the Hawks at 76ers and the Clippers at Jazz games right here!

Atlanta entered Game 1 of their series with Philadelphia as the big underdogs on the road, but it certainly didn’t play out that way. The Hawks jumped the 76ers to go ahead by 20 points at half time, which ended up being enough of a gap as they held onto win by four and go ahead 1-0 in the series.

Trae Young boosted his stocks once again with a huge playoff performance in Game 1, putting in 35 points and dishing out 10 assists. Young now has four 30+ point games and three double-double from his first six playoff games. Meanwhile, Joel Embiid did everything he could to carry his 76ers to victory with 39 points, but didn’t have enough help to get the job done.

The Hawks had everything go to plan in the first game of the series, but still only got over the line by four points, which we see as a positive for the 76ers ahead of Game 2. As long as they can get a bit more production from the likes of Ben Simmons and Tobias Harris, then they should be on their way to a solid bounce-back win at home to square the series at 1-1.

Los Angeles Clippers well and truly had their work cut out for them in their first round series against Dallas, taking all of seven games to eventually see off Luka Doncic and co. to advance to the second round. The Clippers got off to a horrible start by losing the opening two games, both of which were on their home deck, but were able to knuckle down on the road and work their way back to a winning position.

Similarly to their second round opponents, the Utah Jazz found themselves down early in their series with Memphis despite being the higher seed. The Jazz fell at home in Game 1 with All-Star guard Donovan Mitchell sidelined with injury, but he returned in Game 2 and ended up guiding his team to four straight wins to take out the series comfortably.

The Jazz were the better team when they met the Clippers thrice during the regular season, winning the series 2-1. While the playoffs is obviously a different beast to the regular season, we expect the Jazz to match up well against them at home, particularly in Game 1 where they have a big rest advantage over the Clippers. We recommend taking the Jazz to cover the small spread on Tuesday