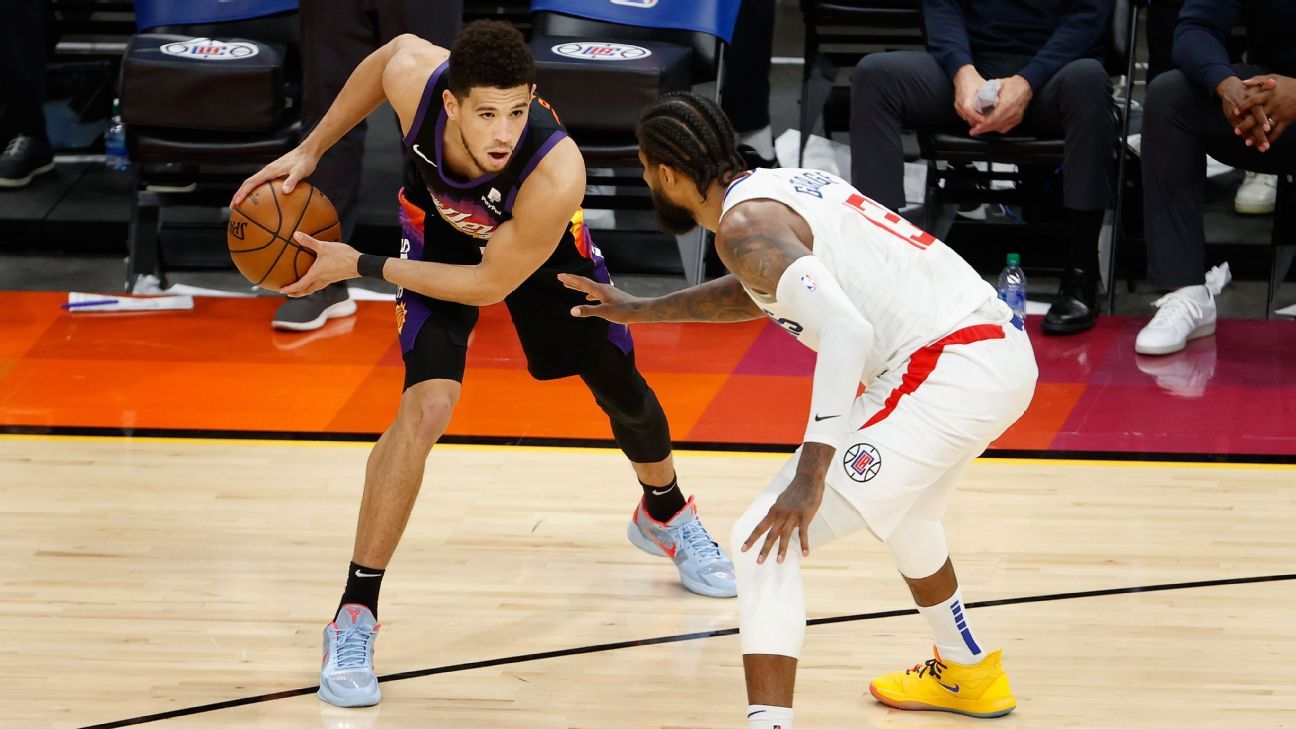 The NBA Playoffs continue this week with action from both Conference Finals series. Here, we preview Tuesday’s Game 2 between the Clippers and the Suns, as well as Wednesday’s Game 1 between the Hawks and the Bucks. Good luck to everyone following our betting picks!

This mouth-watering Western Conference Finals series continue on Tuesday night in Phoenix for Game 2. The Suns will be looking to take a 2-0 lead after winning Game 1 by six points (120-114). It was the Suns eighth straight win in the playoffs in their first post-season appearance in over 10 years. Similarly, this is the Clippers first ever Conference Finals appearance.

The Clippers have had to overcome 2-0 deficits in both their first and second round series this playoffs, so losing Game 1 against the Suns certainly won’t deter them from bringing their best going forward. Losing Kawhi Leonard to a knee injury last series against the Jazz is the is the only real negative at the moment, and it’s still unknown when or whether he will return at all this series.

The Suns were the underdogs in their first round series against the Lakers but were able to take it out in six games despite going down 2-1. They went from strength to strength in their second round matchup with the Nuggets where the Suns won in four. Health is also a concern for the Suns at the moment with Chris Paul out indefinitely after testing positive for Covid last week.

Both teams shot the lights out in Game 1, particularly from deep (LAC 43%, PHX 41%) and from the free throw line (LAC 82%, PHX 100%); however, both teams are led by great coaches that will definitely make adjustments on the defensive end in Game 2, which will dry things up a bit. For that reason, coupled with the law of averages, we expect the total points to go under the 224.4 line, which looks at least five points too high in our opinion.

What an interesting Eastern Conference Finals series we have on our hands here. Both the Atlanta Hawks and the Milwaukee Bucks were underdogs in their respective second round series, but both were able to defy the odds to become one of the last four teams standing this season.

The Hawks entered the playoffs as the #5 seed in the Hawks and have had to do it the hard way to make it to the Conference Finals. They were able to make light work of Julius Randle and the Knicks in five games in the first round, before upsetting Joel Embiid and the 76ers in a thrilling seven-game series in the conference-semi’s.

The Bucks had another successful regular season and were always a threat to make a deep run in the playoffs. They were able to get some revenge against the Heat in the first round with a series sweep, but their biggest test came against the star-studded Nets in the second round, which they were able to win in seven games despite falling behind 3-2.

The Hawks have fought admirably to get to the Conference Finals in the East, but we can’t see them having much success against the Bucks, especially in a Game 1 on the road. The Bucks match up with them beautifully on the defensive end and have one of the best perimeter defenders in the league in Jrue Holiday who will have the clamps on Trae Young, just as he did last time they met when he kept him to 15 points on 3-17 shooting. With that said, we’ll be on the Bucks to cover the spread at home on Wednesday night.