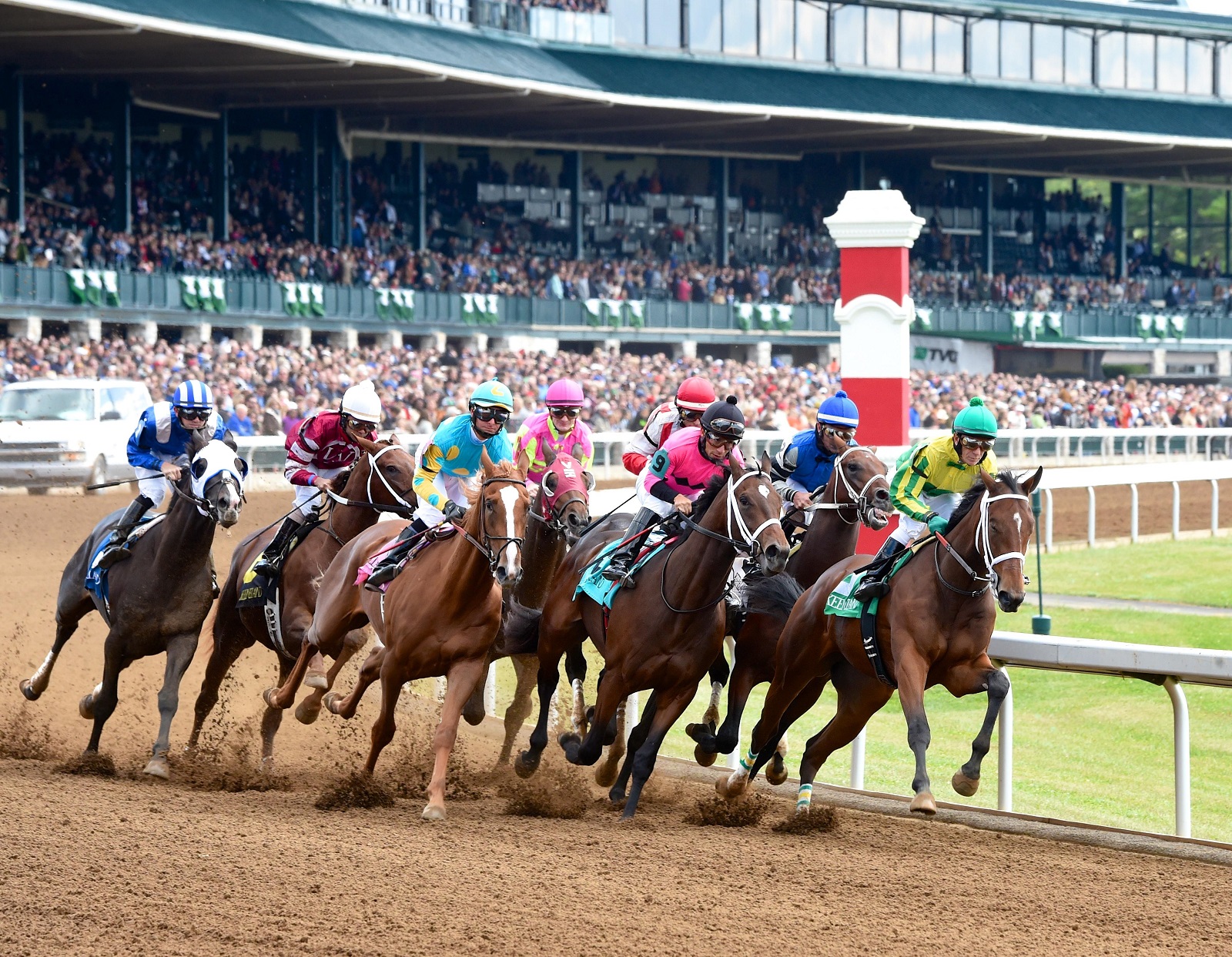 Keeneland Park is getting ready to host the 2020 Breeders’ Cup. Horseplayers can get a taste of how the Lexington, Kentucky track might play in the Breeders’ Cup with a pair of stakes races this Saturday.

A field of 10 will run 1 1/8 miles on Keeneland’s main track for the Hagyard Fayette Stakes in the 8th race.

MR FREEZE (PP: 6 ML 3-1) has been successful at the distance with a win and a pair of seconds and thirds in six efforts. The five-year-old also seems to like Keeneland with a win and place in two Lexington outings. He finished a well beaten sixth in his last start but figures to be better in his second start following a two-month break.

TAX (PP: 8 ML 7/2) hasn’t raced since May 2nd but has put some stellar workouts on paper. The son of ARCH has three bullet works in his last four training sessions and appears sharp and ready to go with jockey Tyler Gaffalione.

CRAFTY DADDY (PP: 3 ML 5-1) won his last race in a tough fought battle near the lead. In the win, he showed major improvement compared to his previous start with much faster fractions. It’s been our experience that horses that run faster times tend to perform well in their next race too.

MO MUSA (PP: 9 ML 12-1) ran the best last race speed figure, hitting triple-digits. He’s making the classic third start after a layoff, a 19% angle for trainer Michael Maker. Jockey Florent Geroux is in the irons for the second time. The duo won the other trip together by a smashing 4 ¼ lengths.

CLICK HERE TO BET ON THE HAYGARD FAYETTE STAKES AT TVG.COM

Keeneland’s 9th race moves to the turf for the Grade I, Queen Elizabeth II Challenge Cup Series. Nine fillies and mares will battle it out for 1 1/8 miles on the grass course for their cut of the half-million-dollar purse.

HARVEY’S LIL GOIL (PP: 1 ML 3-1) was bumped at the start of her last race as the $1.10 favorite. Maybe the hit took enough out of her to be run down late, losing at the wire by a neck. The three-year-old daughter of AMERICAN PHAROAH won her only trip at the distance/surface and looks to rebound from her last race.

SWEET MELANIA (PP: 2 ML 7/2) finished second by a nose in her last race as the post-time favorite. Trainer Todd Pletcher bounces back at 28% the next time around the track with failed favs. She’s raced on turf in six of her eight career races with three wins, two seconds, and a third.

MAGIC ATTITUDE (PP: 4 ML 5/2) is making her second U.S. start after beginning her career in France. She won her U.S. debut as the $1.15 favorite. Many times, international shippers improve greatly in their second try in the States.

MICHELINE (PP: 7 ML 6-1) won her last race with the highest speed figure for this crew. She’ll be making her third start following two-months in the barn. Her trainer Michal Stidham wins round threes off the bench at 20% and follows a win with another at 19%, two of his better angles.

CLICK HERE TO BET ON THE QEII CHELLENGE CUP AT TVG.COM

From the host track for the Breeders’ Cup to Belmont Park where the winner of race 9, the Jockey Club Gold Cup will earn a ticket to the marquee Breeders Cup race, The Classic.

A handful of horses will race 1 ¼ miles on the New York course’s main track in one of the last Breeders’ Cup Challenge series races. Win and you’re in for a chance to compete for the Classic’s $6 million prize pool.

HAPPY SAVER (PP: 1 ML 2-1) is undefeated in three starts, which includes winning his debut at Belmont Park. He’s taking a big step up in class but isn’t running into a field of top-flight competitors. In our view, he has one horse to beat…

TACITUS (PP: 4 ML 1-1) is the class of the field, hands down. His $2.9 million in winning wages is more than double the combined earnings for the rest of the field. He ran in this race last year and finished third against a far more talented field. No excuses this year.

MYSTIC GUIDE (PP: 5 ML 4-1) is the only horse of the remaining three that we believe has a shot at the upset. PRIORITIZE (PP: 2 ML 4-1) finished 1 ¼ lengths behind TACITUS in his last start and hasn’t finished worse than third in both of his stakes races. NAME CHANGER (PP: 3 ML 20-1) looks to be overmatched.

CLICK HERE TO BET ON THE JOCKEY CLUB GOLD CUP AT TVG.COM