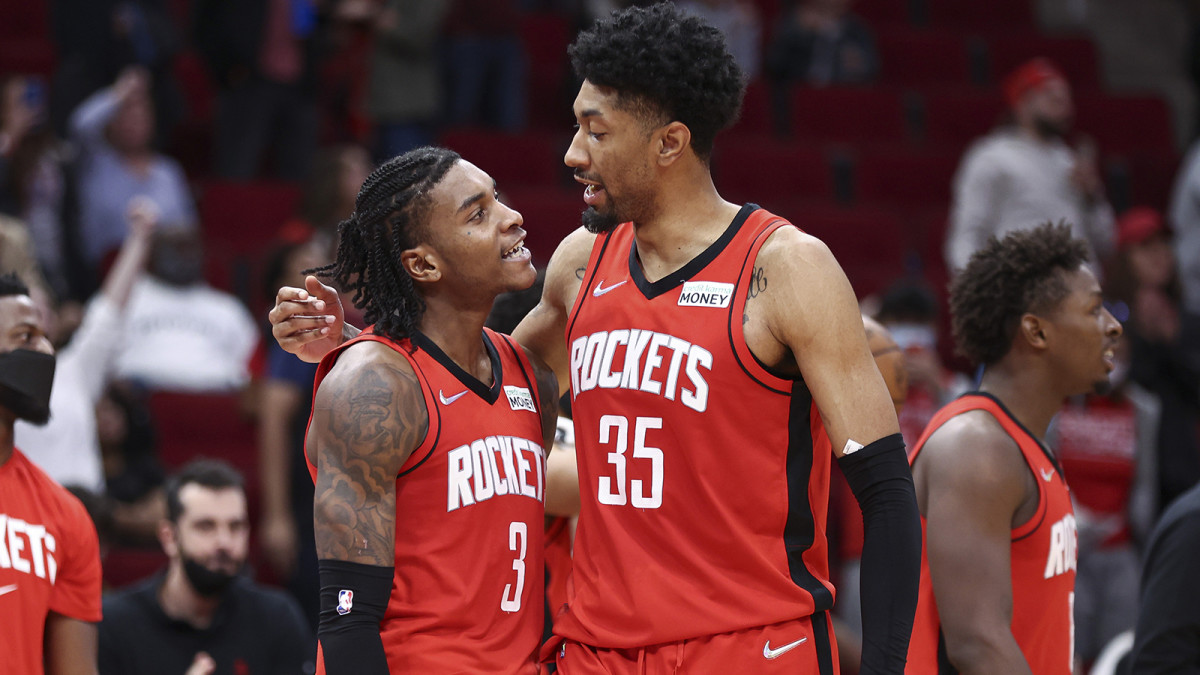 NBA action in 2022 continues on Monday night with another juicy seven-game slate. Catch all of our best plays for the day right here and good luck to everyone following!

The 76ers enter this slate on a six-game win streak and are only getting stronger with double-figure margins in each of their last three. A lot of their return to form can be credited to their big-man in Joel Embiid who’s in a rich vein of form, tallying 30+ points in each of his last six games. The 76ers have now moved into fifth spot in the East and are just 4.5 games behind first.

The Rockets managed to secure an upset win against the Wizards last week courtesy of a buzzer-beater three from Kevin Porter Jr., but that high was short-lived as they’ve since gone onto lose their last two games by an average of 21 points. The Rockets have now lost 10 of their last 11 games and are destined to finish with a high lottery pick in the next draft.

These two teams are worlds apart with their form at the moment, with the 76ers arguably the best team in the competition at the moment and the Rockets the worst. On top of that, the 76ers destroyed the Rockets in their only meeting so far this season, which should give them the confidence to make light work of them once again on Monday night.

The Cavaliers have lost their way a touch in recent weeks, losing six of their last nine games including a 14-point loss last start against the Warriors. However, it’s been a successful season for the team overall, as they enter this slate in sixth spot in the East and 5.5 games back from the #1 seed.

The Kings entered their campaign with the longest active streak of consecutive seasons without a playoff berth and unfortunately, it looks as though they’ll be adding to it. They come into this slate having lost each of their last four games, which has seen them fall to 10 games below .500 at 16-26.

Neither of these teams would be happy with what they’ve dished up to start 2022, but the Cavaliers are certainly the more likely to turn things around sooner rather than later. They easily defeated the Kings in their only other matchup this season and as long as they play somewhat close to their best on Monday,  they should be able to negotiate a fairly comfortable win.

The Nets have had a roller coaster of a season both on a off the court, but have held themselves together well and currently hold the second best record in the East at 25-13. Kyrie Irving was impressive in his first game of the season a few days ago and is expected to suit up once again in Portland.

The Trail Blazers have been without both Damian Lillard and CJ McCollum for a number of games now, which has obviously tested the depth of their roster. Anfernee Simons has been a shining light for them in a difficult season and has now 116 points combined from his last four games. Still, the Trail Blazers have been poor this campaign and are nine games below .500 at 15-24.

Neither team is in great form at the moment, but the Nets are the far more talented of the two teams and are the deserving favorite in their first matchup with the Trail Blazers this season. However, the Nets will be on the second leg of a back-to-back and were forced to overtime in their first leg against the Spurs on Sunday, which is sure to cause some fatigue to carry over. With that in mind, we’re inclined to back the Trail Blazers into keep this close enough to cover the spread.