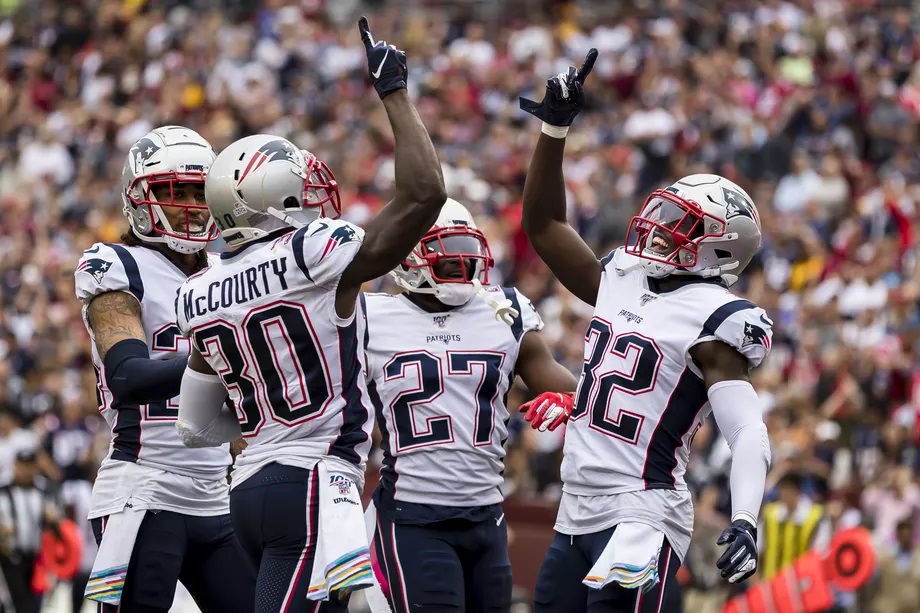 The New England Patriots and New York Giants have given us some fantastic moments in over the last 15 years as they faced off in two thrilling Super Bowls. The two teams will go toe to toe to open up Week 6 in the NFL this Thursday night and we have a full betting preview and picks for the matchup below!

The Patriots will be looking to continue a dominant start to the season which has seen them open with a 5-0 record. The Giants are 2-3 on the season and remain competitive in an NFC East division that has been fairly unimpressive so far.

Unlike years past, it’s been the Patriots defense that has been the catalyst for their success early in the season. They have been without doubt the most impressive defense in the league, allowing just 6.8 points per game through the first five weeks. They lead the NFL in that category, and also lead the league in total yards allowed, passing yards allowed and are second behind only the 49ers in rushing yards allowed.

The New England defense has also forced a total of 12 turnovers including a ridiculous 11 interceptions and one forced fumble. That interception number is five more than the next best team in the league. The re-addition of Jamie Collins Sr. in the off-season has made for a lethal linebacker combination with Don’t’a Hightower while the Pats secondary consisting of the likes of the McCourty brothers, Patrick Chung and Stephon Gilmore is one of the best in the league.

After Antonio Brown lasted just one week in a Patriots uniform, some of the team’s offensive inefficiencies have become prevalent over the last few games. QB Tom Brady has looked his age at times and with injury concerns to wide receivers Josh Gordon, Julian Edelman and Phillip Dorsett, the star really lacks options in the passing game.

The Giants started the season under veteran quarterback Eli Manning but the two-time Super Bowl champ was benched in Week 3 for the rookie Daniel Jones, who has been pretty impressive under centre over the last three games. The Giants picked up wins in Week 4 and 4 over the Buccaneers and Redskins respectively, putting up an average of 28 points per game.

The offense struggled in Week 5 as they hosted one of the better defenses in the league in the Minnesota Vikings. Jones threw for just 182 yards and an interception in the 28-10 loss. He has, however, been without his No.1 weapon in Saquon Barkley for the past two games, after the  star running back was injured in the Week 3 win over Tampa Bay.

Wide receiver Golden Tate returned to the Giants line-up in Week 5 and there is a chance that Barkley will also make his return this Thursday night, which should see the Gaints offense continue to improve.

The Patriots start as massive 17 point favourites at home, which seems about right given they have won four of their five games by 16+ points. The two sides haven’t faced off since 2015, when the Patriots were one point winners in New York, but there’s no doubt that these two teams have a history of playing in nail biters.

Despite their history, we can’t see this one being a close game. The Patriots defence has been on another level this year, only allowing a team to score more than 10 points on one occasion. They have an average winning margin of just over 24 points and don’t look like slowing down any time soon.

Despite putting up 30+ points in four games, the under has hit in four of the five Patriots games so far this year. If Barkley remains on the sidelines, we think there is no chance the Giants put up more than 10 points at Gillette Stadium. Making both the under and the Patriots line pretty good value.

With the Patriots likely relying heavily on the run game this week with injuries to multiple recievers, we can see this being a low scoring win. Back the unders here.