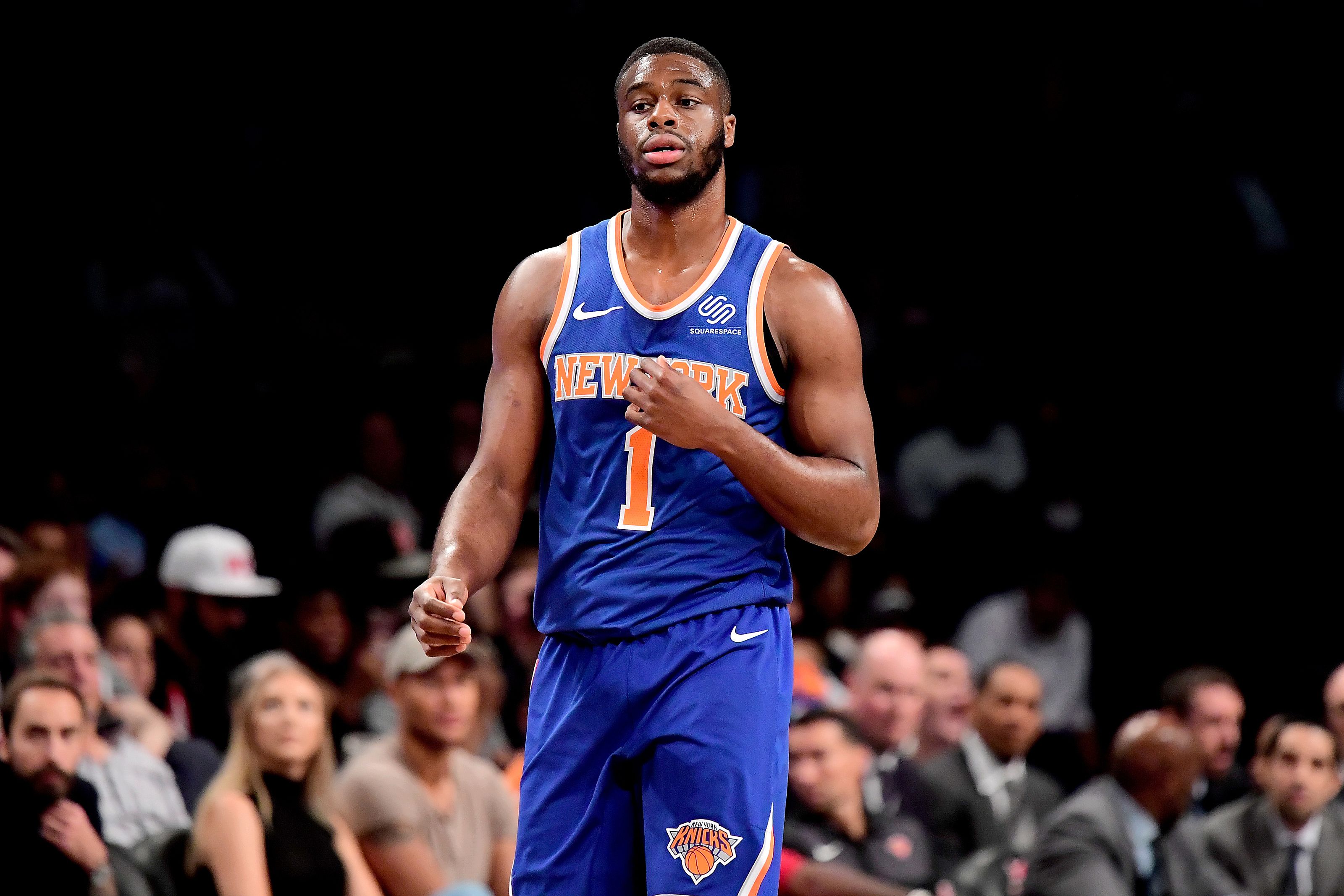 Two days in a row our best bet has gotten up, but this one didn’t come easy with the Hawks hanging around like a bad smell deep into the fourth quarter. Eventually, the Hornets were able to get some separation and cover their line, which takes our best bet tally to 14-8 (all $1.75+). We’ve now shifted our focus to the next day of action, which features a huge 10-game slate on NBA Thursday. Once again, we’ve analysed all the games and come up with a best bet. Good luck to all following!

Our best bet for NBA Thursday comes courtesy of the New York Knicks at Atlanta Hawks match-up. On paper this one looks like a fifty-fifty, which is why the Bookies have priced it at a coin toss. However, after analysing and taking a close look at some key statistics, we’re confident we’ve found some value here.

The Knicks travel to Atlanta after a heartbreaking one-point loss at the hands of the Bulls in their last time out. Without Tim Hardaway Jr’s production (23 points per game) the Knicks were unable to tick the scoreboard over enough when it mattered most. The loss took their season tally to 3-8, which has them sitting in 13th position in the Eastern Conference.

Meanwhile, the Hawks will be playing the second leg of a back-to-back after facing the Hornets in Charlotte on Wednesday. As mentioned above, the Hawks put up a decent fight, but weren’t able to execute down the stretch. Trae Young (18 points, 10 assists) posted his third straight double-double in what’s turning into a stellar start to his rookie season.

The most important thing to take into consideration here is the fact that the Hawks are on the second night of a back-to-back, which they’ve severely struggled with in recent times. In fact, they’ve lost each of their last eight games in this scenario. Additionally, the Hawks are expected to be without Taurean Prince (15ppg), who’s their go-to man on offence when Trae Young’s shot isn’t falling.

There’s still no confirmation on whether Tim Hardaway Jr will return from injury for this one, although even if he doesn’t get up for it we still have the fresh Knicks being too strong for the tired and inexperienced Hawks.

The first of our bonus tips for an action packed NBA Thursday is on the Indiana Pacers to cover the spread at home against the Philadelphia 76ers. The Pacers (7-4) are a consistent outfit for the most part and look to be playing at a similar level to last season, where they took the Cavs to seven games in the first round of the Playoffs. On the other hand, the 76ers are 0-5 on the road this season and are really struggling to get the backcourt tandem of Ben Simmons and Markelle Fultz to work. We have the Pacers taking care of business here.

The second of our bonus tips is on the Los Angeles Lakers to cover the spread at home against the Minnesota Timberwolves. The Lakers haven’t had the best of starts to the season, but have had arguably the hardest draw of any team in the league. Meanwhile, the Timberwolves road struggles continue to take place, with their record now standing at a league worst 0-6. It’s not clear whether Jimmy Butler will suit up for this one, but we have the Lakers being too good at home regardless.

Our third and final bonus play of the day is on Harrison Barnes to fall short of his points line. HB has struggled with his shot since returning from injury, particularly on games with quick turnarounds. He also comes up against a Jazz defence that is one of the best in the league and kept him to just seven points on 3/13 shooting only a short time ago. Further, there’s the very real possibility that the Jazz blow out the Mavs in three quarters, which would have Barnes and the rest of the Mavs taking a seat for the last quarter.