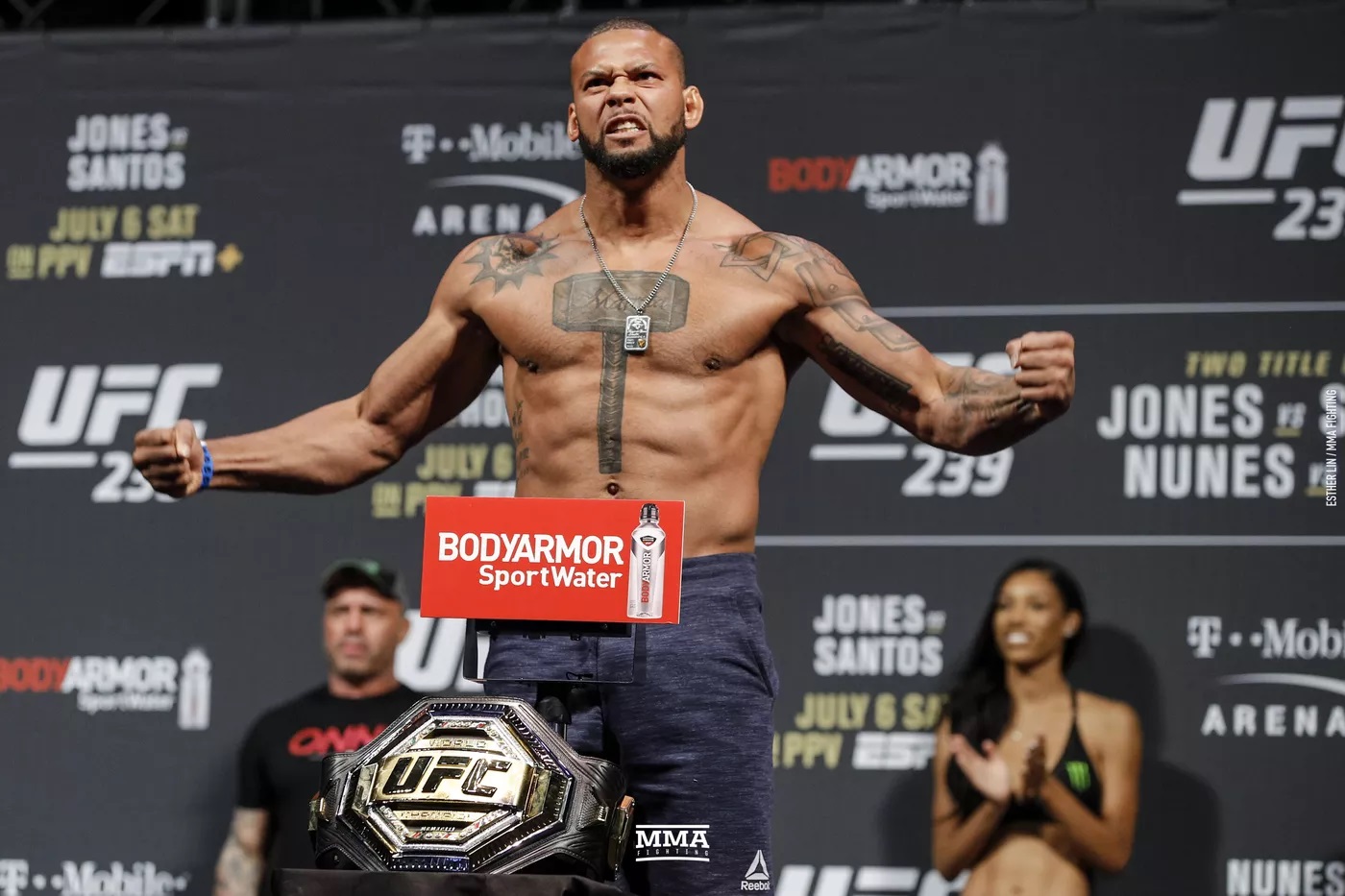 The Apex Centre in Las Vegas, Nevada once again plays host to the weekly UFC card. Headlining the card is a Light Heavyweight clash between the dangerous Thiago Santos and the resurgent Glover Teixeira. Also on the card is a Heavyweight bout between Andrei Arlovski and Tanner Boser and the UFC veteran Claudia Gadelha takes on rising star Yan Xiaonan in a Women’s Strawweight clash. We look into the main event and a couple of other interesting match ups below.

This a horror watch for those that love Glover as this will likely be a one sided beatdown. Glover Teixeira was thoroughly out struck in the opening round by Anthony Smith before he fell apart. Granted Teixeira looked good after that, but Smith made that display look better than what it was.

Santos has the conditioning and power to deal with whatever Glover throws at him and as long as his leg has healed up, he will overwhelm his fellow Brazilian.  I expect this to be a relatively quick night for Santos who should connect with one of his power shots and put Glover away.

All aboard the Yan Xiaonan hype train. I am as high on Yan Xiaonan as I am on Tatiana Suarez, as I see her as a potential future champion. When Xiaonan beat Angela Hill in her UFC debut I thought she might just be something special but then came her fight against Karolina Kowalkiewicz. In that fight Xianon dominated from start to finish and showed her striking is ever improving and her wrestling is surprisingly good.

Xiaonan is a perfect example of the modern MMA fighter who can do everything at a standard that is equal to or better than her opponent’s specialty. I am excited to see what she can continue to do and although Gadelha has been at the top for a long time, Xiaonan has the wrestling to keep Gadelha at length and pick her apart on the feet. This will be the coming out party for Yan Xiaonan so let’s profit from her winning and watch what she is capable of.

Darren Elkins is in the midst of a terrible run of results that has seen him drop his last four which was directly on the back of one of his best runs of his career. Elkins is notoriously tough but has been in many wars in his career, which courtesy of scar tissue, sees him covered in blood any time his opponent lands a strike to his head.

His opponent Garegorri came into the UFC undefeated but really beat no one of worth or anyone who will see themselves in the UFC any time soon. In his debut he beat Humberto Bandenay but fell in the first round to Ricardo Ramos in his second UFC bout by submission. That display really showed the holes in Garagorri’s game and Elkins gets a favourable match up here. Elkins should be able to out strike Garagorri and take him down and dominate him there. It won’t likely be a pretty watch, but it should be a comfortable Elkins victory.