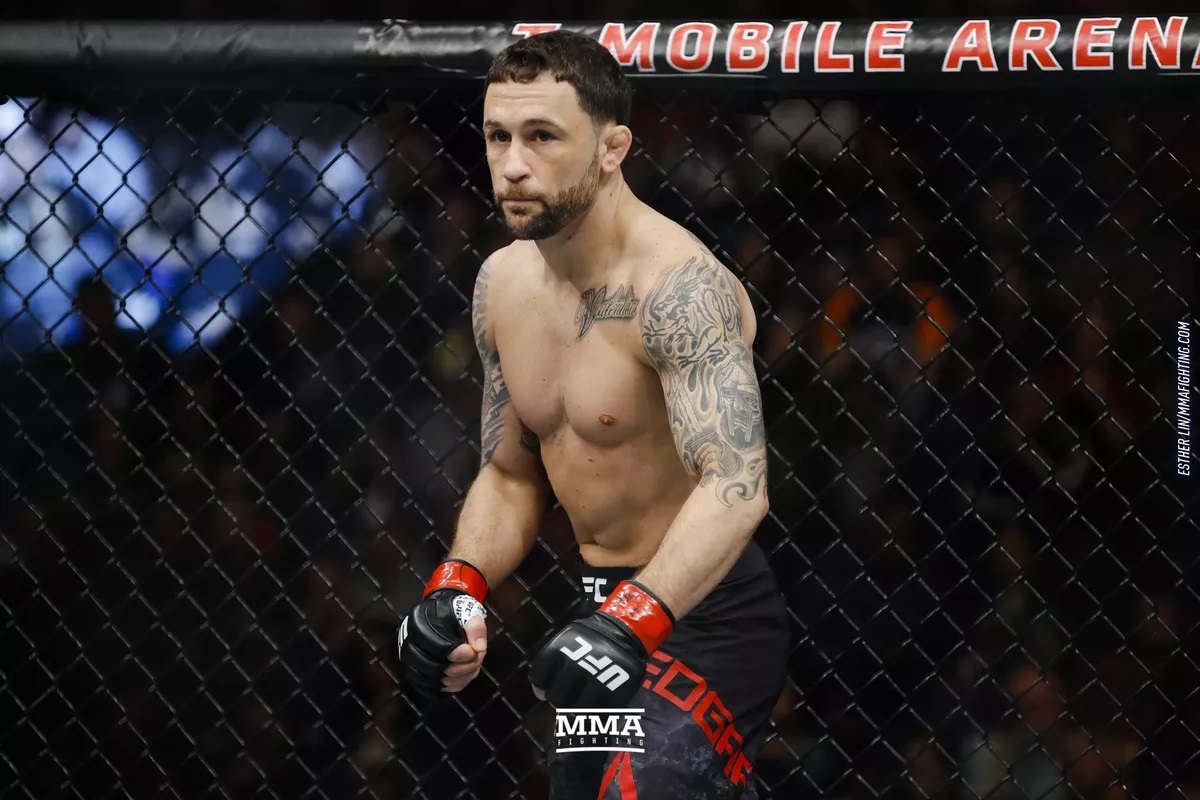 The Apex Centre plays host to our weekly UFC card which is headlined by Pedro Munhoz and Frankie Edgar who has his first fight at Bantamweight. Also featured on the card is the explosive duo of Alonso Menifield and Ovince Saint Preux and plenty of fresh faces and a future women’s title prospect Mariya Agapova. We dive into the featured bouts and a few others below. 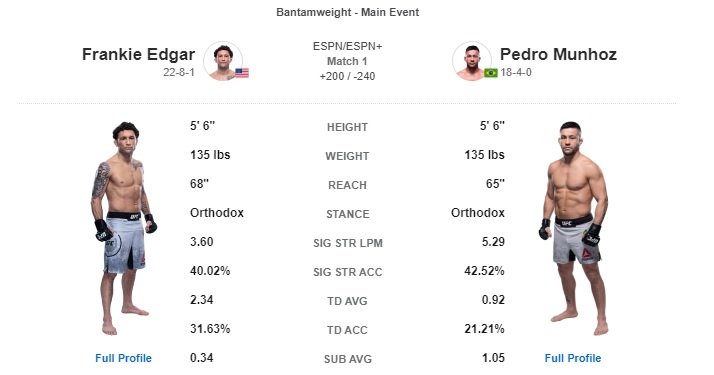 Former lightweight champion, Frankie Edgar makes the move down to Bantamweight for the first time at the age of 38. After three unsuccessful attempts to reclaim Featherweight gold he tries himself in the third weight class of his career. Both men fell in their last fight to the top of their respective divisions, with Edgar being KO’d by the Korean Zombie, and Munhoz going down decisively to top contender Aljamain Sterling. Munhoz is crafty on the ground and powerful on the feet which can be frightening for his opponents and it may be wise for Edgar to use his wrestling sparingly in the early rounds.

Garbrandt found out the hard way that Munhoz packs arguably as big a punch as anyone at Bantamweight and is especially dangerous in the early rounds. This being a five round fight plays into Edgar’s strength as although he has failed to win many five round fights, he has the gas tank to go the 25 minutes, something I can’t say confidently for Munhoz who has a tendancy to fade midway through the second round in his fights. I see this fight going one of two ways. Either Munhoz gets an early stoppage or Edgar’s pace wears Munhoz down which leads in Edgar finishing him late or getting the decision on the judge’s scorecards. I am leaning towards the latter but will be waiting until I see the shape Edgar is in at weigh ins before making a wager as I don’t have confidence he makes 135 pounds. 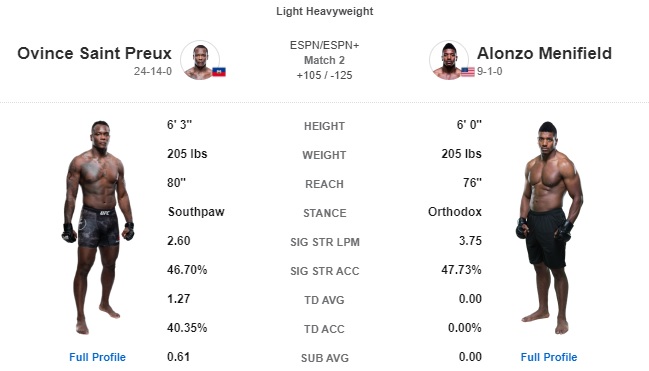 Both these men have the ability to finish a fight in an instant, however, both men’s weaknesses were on full display in their last fights. It was always likely that Menifield would struggle to maintain his offence if his opposition lasted the initial five minutes and that was the case in what was a painful 15-minute decision loss to Devin Clark.

Ovince Saint Preux moved up to Heavyweight and was outworked by Ben Rothwell in the clinch as he was repeatedly leaned on up against the fence and mounted limited offence. When Saint Preux gets fights to the ground he either submits them or gets submitted himself but if he can time a takedown on Menifield he is a great chance to earn yet another submission win as Menifield doesn’t look to have much of a ground game. Menifield has about 6-7 minutes in that gas tank so if Saint Preux’s chin holds up that long expect him to dominate late, if he doesn’t in fact finish Menifield on the ground early. 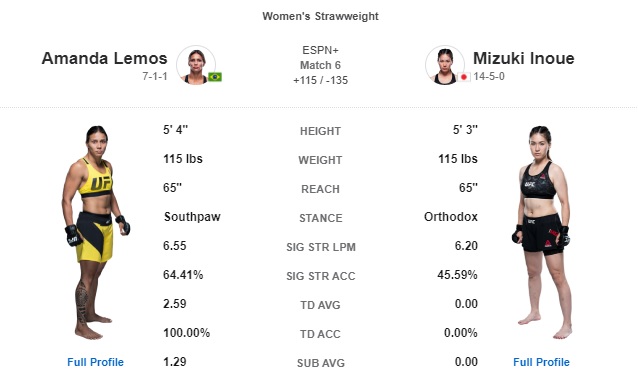 The 26-year-old Inoue has faced some stiff competition in her MMA career to date and although a split decision win over Yanan Wu doesn’t sound like a great debut, Yanan Wu is also a promising talent in her own right. Inoue’s only loss since 2015 was to Jandridoba by split decision, who dominated Felice Herrig last weekend in dominant style. Inoue’s opponent,

Amanda Lemos, won her UFC debut by submission, but I am not sold on her one bit. The woman she beat, Miranda Granger, is nothing too special at this stage of her career and Lemos was dismantled by Leslie Smith in her UFC debut. Inoue is by far the more complete fighter and should win the striking and grappling exchanges. Inoue wins this comfortably.