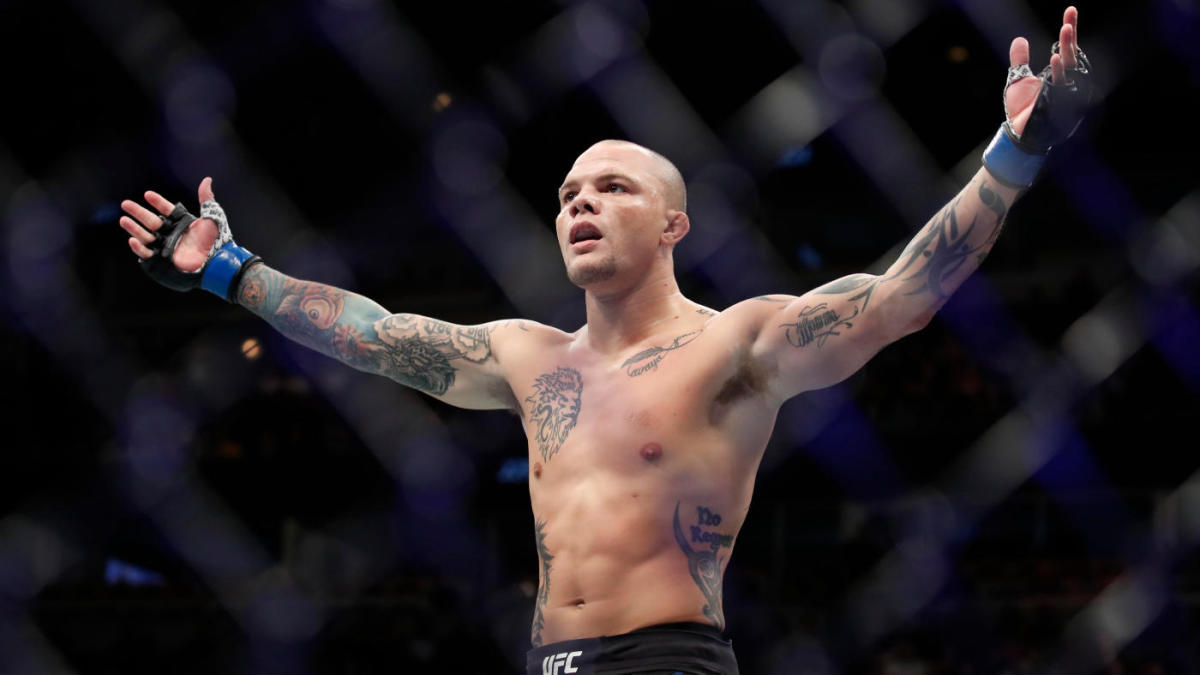 Our weekly UFC action is headlined by Anthony ‘Lionheart’ Smith against top prospect, Aleksander Rakic as both men look to avenge last fight defeats. Once again, the fights will be out of the Apex Centre in Las Vegas for the UFC Vegas 8 card.

Also on the card is former champion, Robbie Lawler who faces Neil Magny as well as a rematch between Ankalaev and Cutelaba. Dana White Contender series victors, Maki Pitolo and Impa Kasanganay who has an 18-day turnaround for this fight, face off as well as numerous female prospects. Let’s look into some of the action below. 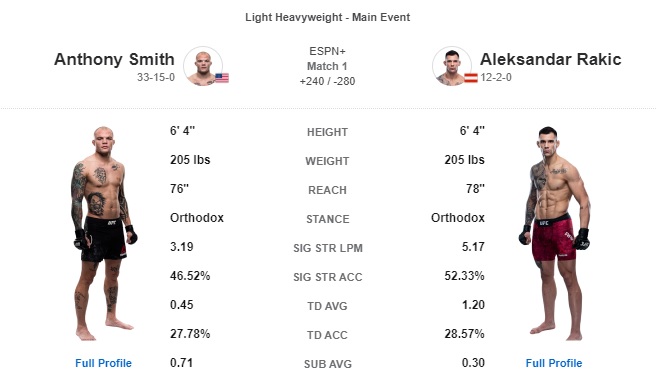 Anthony Smith has had a 2020 to forget, from fighting off a burglar to losing teeth in his dominant loss to Glover Teixeira where people criticised him and his corner, 2020 has not been a fun one for Lionheart. Strangely in his last fight loss he showed uncharacteristic conditioning issues after an impressive first round display and I am sure he has made the necessary adjustments for this fight.

His opponent, Aleksander Rakic also comes into this fight off the back of a defeat, all be it a controversial one at the hands of Volkan Oezdemir. Before that loss he KO’d Jimi Manuwa and Devin Clark in round 1 in devastating fashion and didn’t lose any of his hype when losing to Oezdimir. The same can’t be said for Smith who currently sits as the +265 underdog, which unless he has some form of horrible injury I don’t know about, is just a horrific overreaction to his most recent loss.

Smith has only lost to Glover Teixeira and Jon Jones in the last four years and is clearly Rakic’s biggest test to date. When he met Oezdemir he also finished him on the mat and is incredibly durable, so I am expecting him to make it out of the first two rounds where Rakic is his most dangerous. I am backing Rakic to be the next hype train to be derailed at the hands of the proven and rejuvenated Anthony Smith. 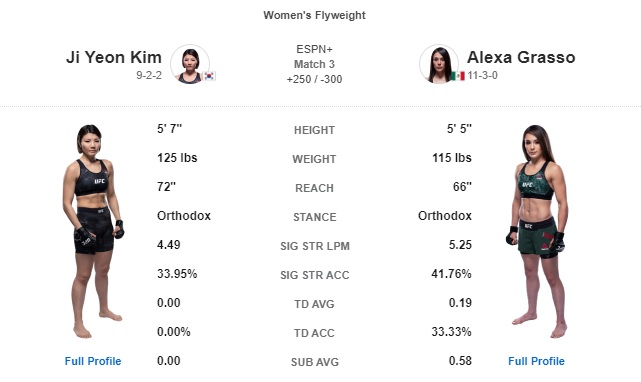 I go from tipping a big underdog to a favourite that many will consider to be prohibitive odds, especially after witnessing Agapova lose last week as an overwhelming favourite, so it may be best to get on Grasso a few hours before the fight. Simply put Grasso is better everywhere than Kim and has only struggled against high volume wrestlers of which Ji Yeon Kim is not.

Grasso was 9-0 to start her MMA career before failing in three of her last five, but a closer examination of those losses shows that they were all top grapplers. She also thoroughly dismantled Karolina Kowalkiewicz who is far and away a better striker than Ji Yeon Kim. Alexa Grasso picks apart Kim with her sharp boxing and may look to wrack up some top control time as well to solidify rounds and this fight. It should be a comfortable watch for Grasso backers. 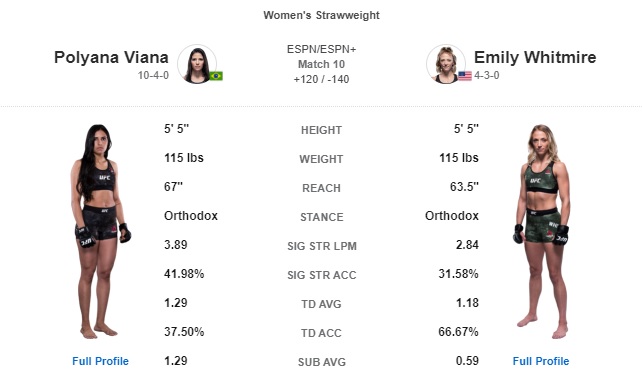 Polyana Viana has incredibly grappling credentials yet she was still tapped out in her latest fight. Of all her ten stoppage wins, nine have come in the first round and she gets an opponent with notoriously weak submission defense.

While I can’t say Viana’s recent displays give me confidence, she meets her easiest opponent since joining the organisation and really should be able to get another submission victory on her record. Although she has been disappointing since joining the UFC the fact the market has this as a ‘pick em’ fight is perplexing.