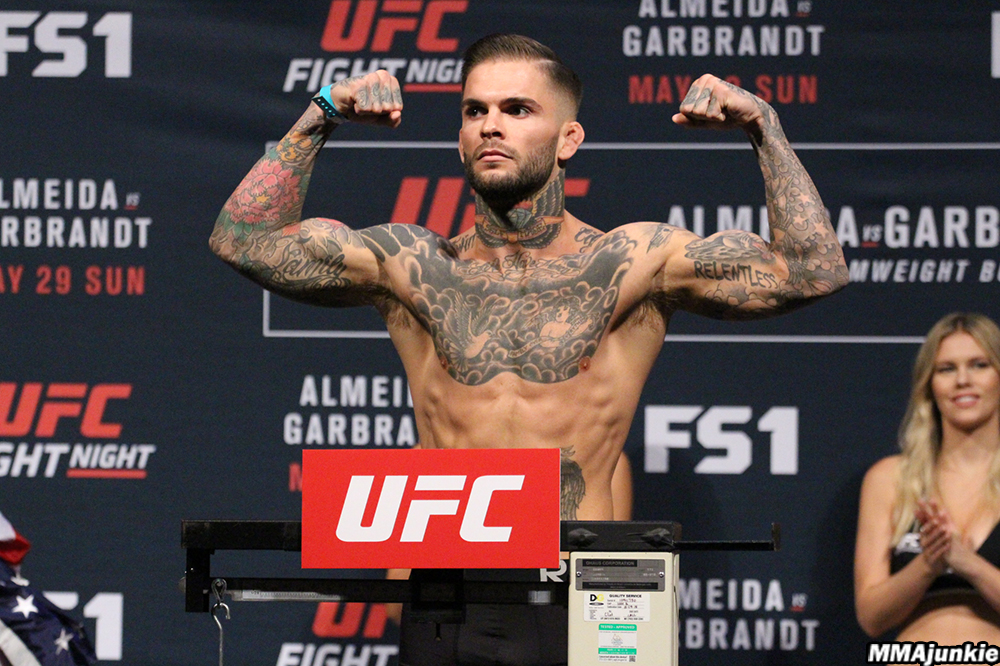 The UFC returns to the Apex Center this weekend for a fight card that should provide absolute fireworks from start to finish. Headlining the card is a top Bantamweight clash between Rob Font and Cody Garbrandt and in the co-main rising Strawwight contender Yan Xiaonan faces former champion Carla Esparza. This card has been seriously overlooked by many as it looks stacked from top to bottom in wars. Good luck deciding fight of the night on this one as there are many that look to be insane, we preview three of them below.

Only a couple of years ago Cody Garbrandt looked like the next superstar of the UFC, going on a knockout rampage before dominating Bantamweight legend Dominick Cruz to claim the title. Since then he went on a three-fight skid, two of which were heartbreaking losses to rival TJ Dillashaw. Garbrandt then made a smart move to learn under Mark Henry and came out a composed and calculated fighter once more and he secured a highlight reel knock out of Raphael Assuncao.

Rob Font showed he is a serious contender beating Marlon Moraes in emphatic style in December last year to take his winning streak to three but Garbrandt is his toughest test to date. Both men prefer to fight on the feet but as Font showed against Sergio Pettis, he is capable of using his wrestling to secure victory. However, if Garbrandt is cool and calculated he just wins this fight. He is technically superior on the feet with a big speed and precision advantage. If he decides to get into a trade off though he will be knocked out quick smart as he simply forgets how to defend himself and just sees red.

I am banking on the Cody to remain focussed and pick apart Font from the outside before landing something meaningful somewhere near the midpoint of the fight. As an underdog I am keen to take the gamble on the former champion keeping his head.

Ricardo Ramos is equally exciting and dangerous. In his 14 professional wins he has submitted seven foes and knocked out a further four. In his last fight defeat he succumb to ground and pound but did start very well and his opponent Lerone Murphy is a serious fighter who is on the up. Bill Algeo is a pressure fighter who often disregards his striking defense completely. Ramos is both a danger on the feet and on the mat and I can see him constantly punishing Algeo for his over aggression. Ramos pot shots Algeo before eventually getting it to the mat where he will dominate and secure an entertaining victory.

This is a fantastic match up for Medeiros who should be able to completely overwhelm Hadzovic in what looks to be an entertaining affair. Medeiros has been on a poor run of late, losing his last three but Hadzovic is a serious step down in opposition. Hadzovic has lost his last two, with his most recent win coming against 8-7 Marco Polo Reyes, who has been finished twice since. Medeiros hits harder, is a more complete fighter and can take a hard shot. Hadzovic is flat footed and a below average Lightweight. Medeiros should just eat him alive on the feet on route to a knockout victory at the very least a dominant decision win.