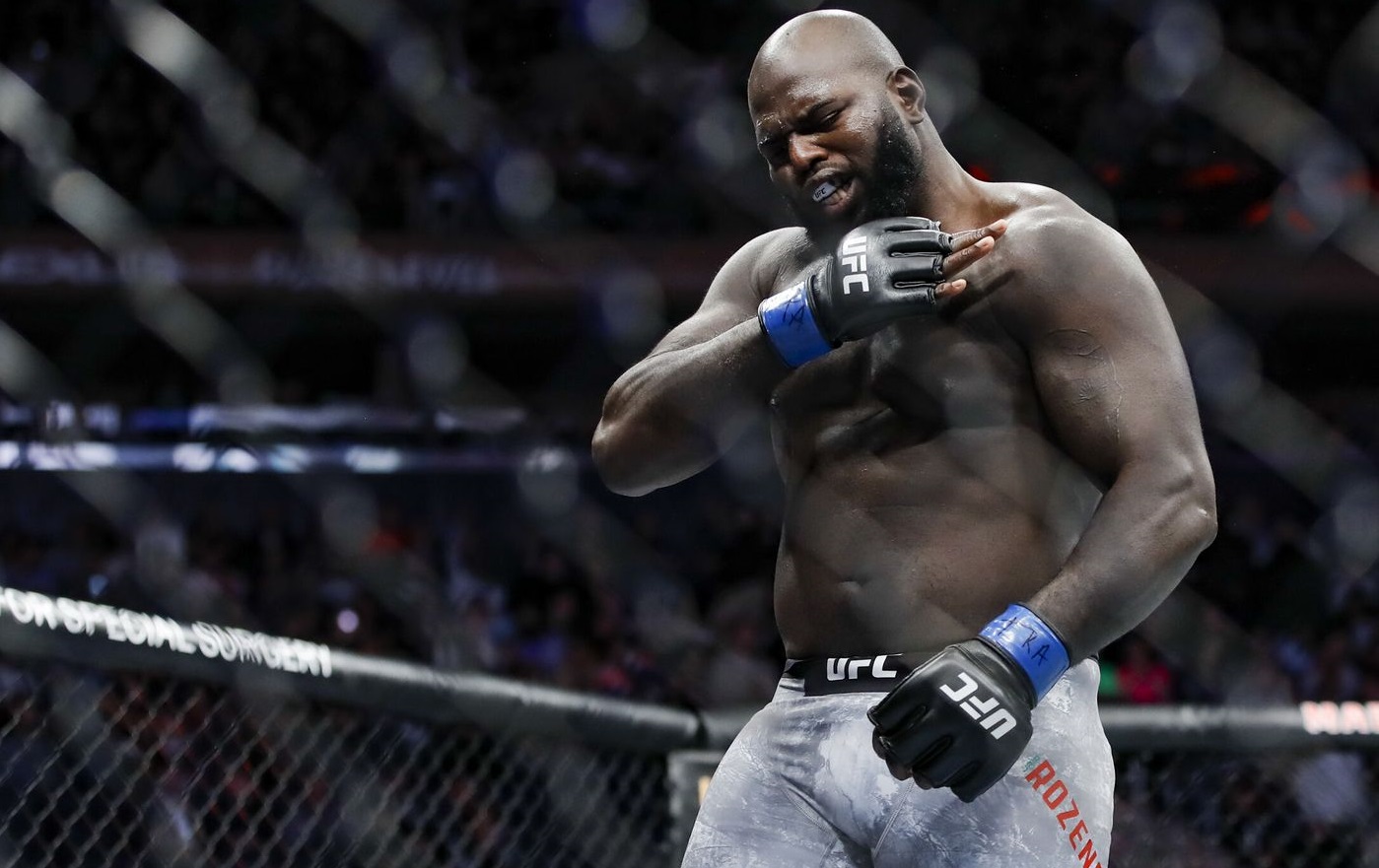 Two Big Boy’s headline this weekend’s Fight Night card out of the Apex Center in Las Vegas, Nevada. The main card is entirely from the male UFC roster and is full top to bottom of big hitting sluggers that should ensure a myriad of finishes. The undercard is full of rising stars such as Jordan Leavitt, Montana De La Rosa and Muslim Salikhov. We have a look at the Main Event and two on the undercard in this week’s preview below.

Both men come into this clash off the back of defeats and both need a win to reassert themselves as Heavyweight contenders. Rozenstruik has shown in his UFC tenure that he packs one hell of a punch but does struggle to fight off the back foot and his output is limited making him a knockout or bust type of fighter.

Much like Heavyweight counterpart Derrick Lewis it only takes him one shot but if you are able to avoid that shot it is fairly easy to rack up a decision win. Augusto Sakai was exposed a bit in his last fight, being taken down rather easily by Alistair Overeem on route to a knockout loss. This match up though is rather ideal for Sakai. The Brazilian has proven to be able to take a shot and likes to control the centre and put his opponent on the back foot.

Rozenstruik will be dictated to and outpointed by Sakai who won’t have to fear the takedown as in Bigi Boy’s seven Octagon appearances he has never even attempted a takedown. Sakai likely weathers a few early bombs to put away Rozenstruik in the middle rounds.

Brazil’s Francisco Trinaldo continues to defy father time as he is currently on a three-fight win streak. The 42-year old, however, moves up to Welterweight here and is met by a knockout machine in Muslim Salikhov. The Russian will be stronger, and he is far too elusive to be caught by the telegraphed hooks of Trinaldo and before long should be able to land one on his foes ageing chin.

Salikhov is slightly vulnerable on the ground but it won’t get there as Trinaldo isn’t much of a takedown threat and he hasn’t submitted anyone since 2013. Salikhov pot shots Trinaldo early before putting him away late in the second or in the third.

Jordan Leavitt extended his professional record to 8-0 in his Octagon debut with a slam KO of Matt Wiman in just 22 seconds. Leavitt is a strong wrestler whose unorthodox techniques have proved too much to handle for all before him so far in his career. His opponent Peru’s Claudio Puelles is on a two-fight win streak but is as weak of an opponent as Leavitt could get in the UFC. A dive into Puelles’ 2-1 UFC record is not one that bodes well.

His last win was against Marcos Mariano isn’t anything to write home about as he is honestly one of the worst fighters to step into the Octagon and Puelles was unable to stop him. Before that he secured a beautiful kneebar finish in the third round, but he was being absolutely destroyed by Felipe Silva before the finish. In his UFC debut Puelles was absolutely steamrolled by Martin Bravo who has since gone 0-3.

Leavitt is a strong wrestler with good jiu jitsu and he should absolutely ragdoll and pummel Puelles here. This is an almost boxing-esque match up to bolster the hype around Leavitt who should make a mockery of his opponent and secure yet another finish.