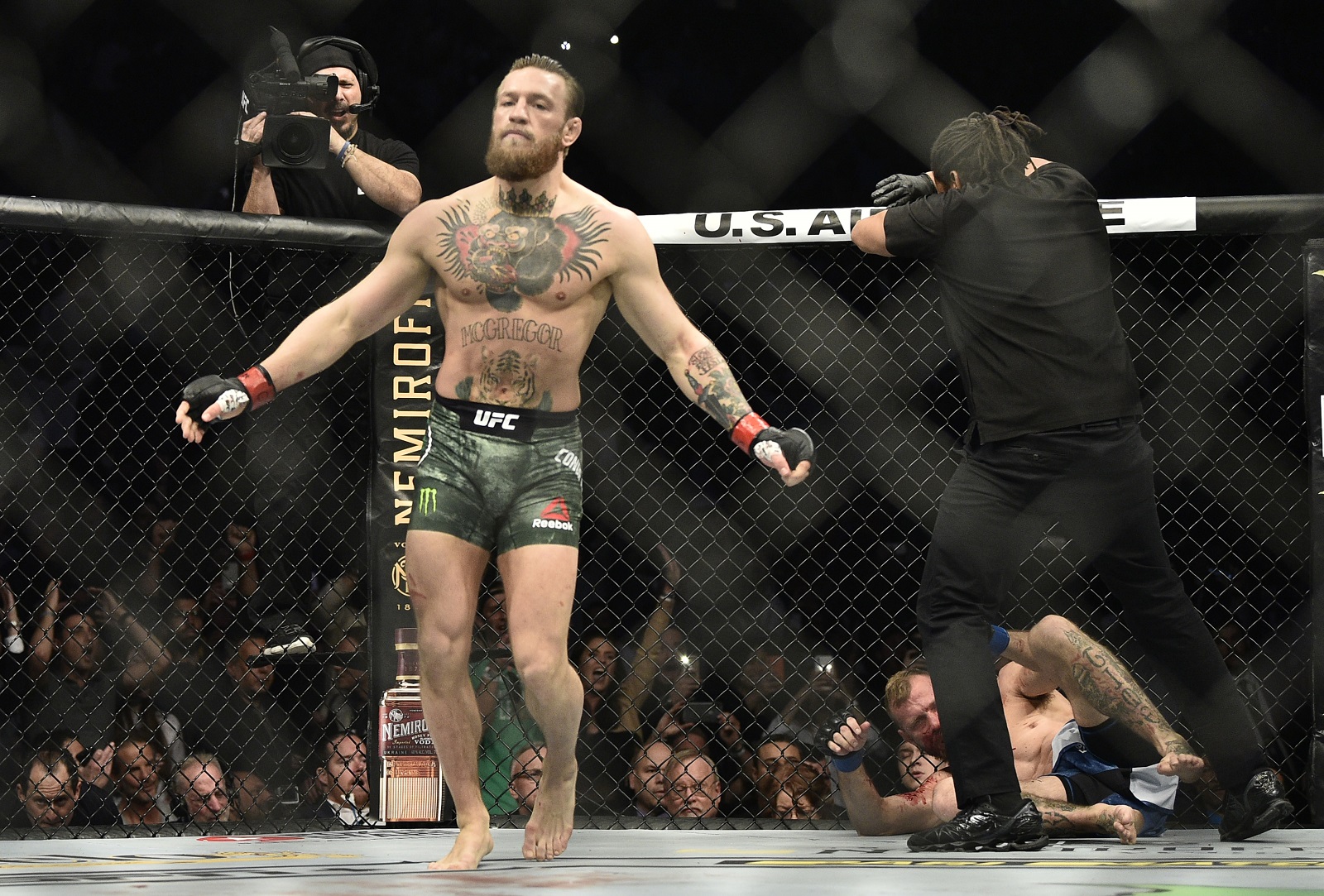 Fight Island plays host to UFC 257 which is headlined by a huge Lightweight rematch between ‘The Notorious’, Conor McGregor and ‘The Diamond’, Dustin Poirier. In the co-main there is another massive Lightweight bout between the newcomer from Bellator, Michael Chandler and the ever dangerous, Dan Hooker. All that and more in UFC 257 which we take a look at below.

This pair first met in the Octagon back at UFC 178 and it was a massive statement win for McGregor who swiftly knocked out Poirier in the first round. Since then both men have moved up to Lightweight and have secured some form of UFC gold in the process. Poirier has put in some massive performances in recent years finishing Justin Gaethje, Anthony Pettis and Eddie Alvarez.

McGregor has become a double champion and made more than enough money which is why him continuing to fight says more about his legacy and the enjoying the challenge rather than fighting for the money. I believe McGregor has greatly improved since his loss to Khabib Nurmagomedov and that was showcased in his demolition job of Donald Cerrone. While Poirier is a different animal than the man McGregor first fought, so is the Irishman.

It is hard to see Poirier not being hurt early by McGregor as he has been very hittable throughout his career and in order to win he will need to be able to survive the early onslaught and make McGregor’s poor gas tank pay in the middle and latter rounds. McGregor’s creativity on the feet and power in his hands and kicks makes this a hard task for Poirier who I don’t see being able to make it out of the first two rounds. The Irishman gets another dominant win and gets his chance to reclaim his belt in his next fight.

The number 6 ranked Lightweight, Dan Hooker returns to the Octagon on the back of a loss by decision to Dustin Poirier in June last year. Chandler on the other hand makes his long-awaited UFC debut after signing over from Bellator, where he was the Lightweight champion.

This fight should be an exciting one as both men like to fight in the pocket. Hooker often looks to land knees in tight and come over the top with powerful hooks and elbows. Chandler is pressure fighter who uses his wrestling and sharp hooks to move his opponents to the cage and either inflict major damage or take them down. I believed Chandler would be favourite with the bookmakers for this as he comes over with a big wrap. He is a hard match up for Hooker as he is not the greatest off his back and I believe sooner or later that is where he will end up.

There is a big danger for Chandler when shooting with Hooker’s knees being lethal so he needs to be careful to not take any silly shots in the middle of the Octagon. If he backs Hooker to the fence, he should have a lot of success and probably get a stoppage win. At underdog odds I am jumping on Chandler strongly as Hooker usually struggles to win on the judges’ scorecards and as long as Chandler fights smart, I don’t see Hooker being able to put him away.

I was a huge fan of Zhumagulov on the Fight Nights Global scene and couldn’t have been happier to see him sign for the UFC. Unfortunately, his debut against Paiva didn’t go his way losing by decision. A slow start to that fight cost him and I am sure he will be out to put on a dominant display here.

Albazi is a talented grappler who secured a submission win in his UFC debut, but he has an underdeveloped stand up game which will be exposed here. Zhumagulov should be able to out strike him on his feet and land takedowns when needed, and he has the skills on the ground to stay out of trouble when it gets to the mat and rack up top control time in the process.

ZHUMAGULOV TO WIN (-115 AT POINTSBET)