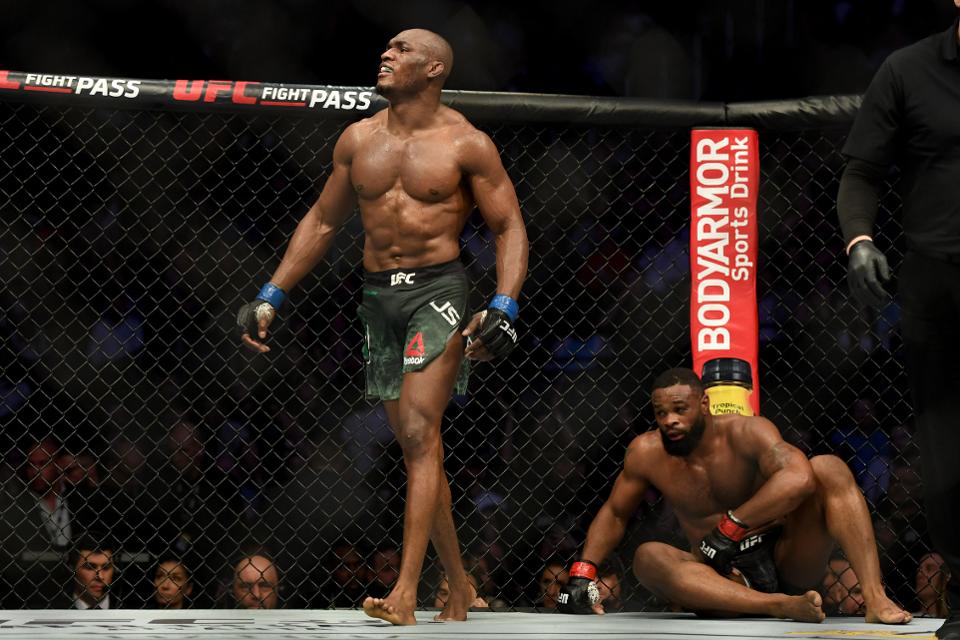 The fight card that all fight fans have been waiting for is finally here with three title fights headlined by Kamaru Usman who attempts to defend his belt against Colby Covington. From T-Mobile Arena, Las Vegas, UFC 245 is sure to provide us with plenty of entertainment as apart from the three title fights there are many other mouth-watering matchups on the card.

A fight with ‘bad blood’ headlines UFC 245 with both fighters with very similar styles competition for the Welterweight title.  Both have come into MMA with predominately wrestling backgrounds. Covington a division 1 all American wrestler and Usman a division two champion face off. Who is the better wrestler though isn’t really the question as it is likely to come down to does Usman’s power in outweigh the Covington’s pressure style? Colby throws multiple strikes with about 20 to 30% power to smother his opponents and not let them implement their game plan in a way very similar to Nick Diaz. Usman will do his best work in the striking realm at range and may look to outwork Covington in the clinch which is as much Colby’s world as his. It is a fight that is tough to call but I do favour Colby to get the win here over five rounds as he I don’t think Usman can control him for any extended period and Covington is likely to land more in the way of volume.

This fight has fight of the night written all over it. Both fighters are as tough as they come, and I really do see Volkanovski becoming the featherweight champion in the future but just not yet against the beast that is Max Holloway. Holloway is an elite striker with a chin to match and he has comprehensively beaten Aldo twice and dismantled the promising Brian Ortega as well creating a formidable resume in doing so. Volkanovski has risen the ranks fast and has looked ultra-impressive in doing so. He will look to press forward and take Holloway down but that is easier said than done. The Hawaiian has an immense gas tank which only gets better as the rounds go on. Volkanovski will likely get that UFC gold one day but he has to step up to another level to get it here and I just don’t think he is at the level of Holloway yet.

Two tough women battle it out for the women’s bantamweight title, and I like the chances for Nunes to retain her title here. She has looked untouchable in her last couple of fights winning barely breaking a sweat. De Randamie has a very elite striking background but she has to deal with the equal if not greater power Nunes possesses here and coupled with her jiu jitsu and overall ground game I believe that De Randamie is in for a rough night.