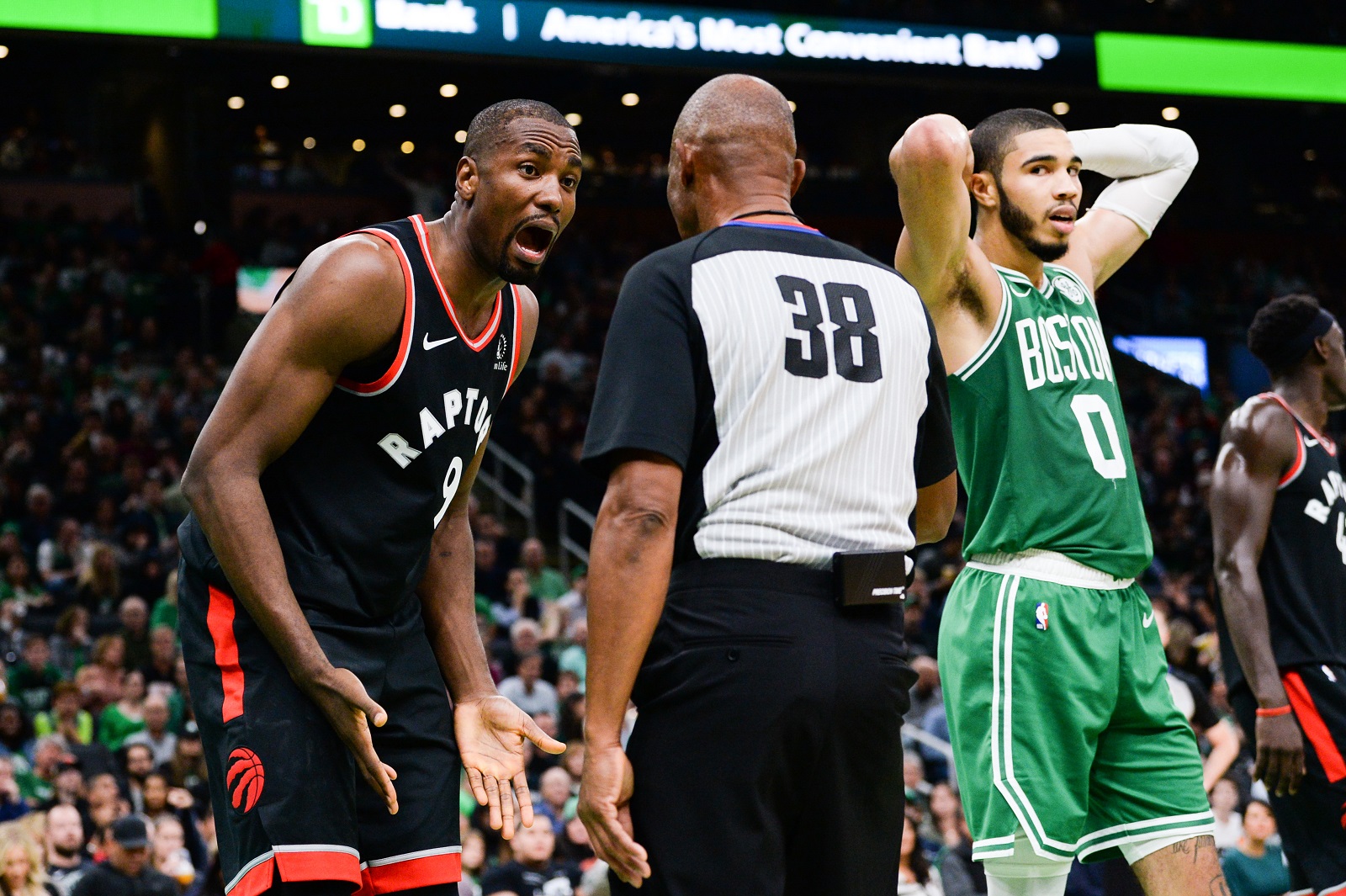 The Toronto Raptors and Boston Celtics will continue a storied rivalry in the 2nd Round of the Eastern Conference playoffs. It’s currently unknown when the series will actually get underway due to the continuing NBA boycott situation, regardless, the matchup is set and we have a full series preview and betting picks below.

Don’t forget to head to our NBA Betting Picks page for a full preview or EVERY series throughout the NBA playoffs!

The Raptors were absolutely dominant in the first round against the Brooklyn Nets. IT took them just four games to dispatch of the Nets, with the average winning margin being a whopping 23 points.

The Raptors depth was on full display throughout the series and the starters weren’t really needed for large portions of games, and the extra rest will no doubt serve them well as they head into what should be a more challenging series against the Celtics.

OG has a massive task ahead of him in this Celtics series. Throughout the first round he was matchued up a pretty standard catch and shoot player in Joe Harris. In this series he’ll have to deal with the likes of Jayson Tatum and Jaylen Brown. Tatum in particular will be a massive hand-full on defense and if the Raptors are to win this series, they’ll need OG to be in lock down mode.

The Celtics were also dominant in the first round, sweeping their opponents, the Philadelphia 76ers. While the margins weren’t as large, the performances were equally as impressive and the Celtics defense in particular was at another level. In the four games, the Celtics allowed an avearge of just 100.25 points and their defense on big man Joel Embiid was paramount.

Defense at the guard and wing positions will be more important for the Celtics in this series, but luckily they have ready made stoppers in the likes of Marcus Smart, Brown and Tatum in their midst. All in all, the Celtics match up very well against their opponents here.

The Celtics key player has to be Jayson Tatum here. Not only will he lead the team on offence but he’ll also have a massive job on defence playing against Pascal Siakam. The Celtics will likely need 30 a game from Tatum if they are any chance.

Players have been given an extra three days rest before Game 1 tips off due to the NBA boycott. This will benefit the Raptors as Kyle Lowry was originally questionable for Game 1 but is now expected to play. However, Lowy was present for all three games against the Celtics during the regular season, which were all won by Boston.

With their fantastic defensive wings that are versatile and interchangeable, we think the Celtics are a danger matchup for the Raptors and are in some great form coming off a sweep of the 76ers. Like the value of Boston to win this series.

We are picking the Celtics to win the series so it only seems natural to pick them to win Game 1 on neutral turf. The Raptors could still be hindered by a lingering injury to Kyle Lorwy, which tilts the scales slightly more towards Boston.

As we predicted, the Celtics were too good in Game 1 of the series, taking a 1-0 lead on the back of a 112-94 win. Marcus Smart was impressive in the win, putting up 21 points while Jayson Tatum, Kemba Walker and Jaylen Brown all chipped in also. The Celtics three ball was falling at an alarming rate for the Raptors, as they hit on 17/39 threes. If they keep hitting from downtown at a similar clip, they’ll be hard to stop again in Game 2.

The Celtics have been outstanding in the opening two games of the series, winning by 18 and then 3 points to take a 2-0 lead. They will start Game 3 as 0.5 point favorites and while we think they are a good chance to continue the momentum, you have to think a bounce back is coming from the Raptors at some stage in this series. Jayson Tatum has been on fire through the first two games, averaging 27.5 points per game and is good value to top the scoring again.

The Raptors trailed for most of Game 3 but hit a game winning buzzer beater to keep themselves alive in the series. They look to be right back in the mix after disappointing performances in the first two games. We like them to carry on with the momentum here and level the series.

The Celtics were 0.6 seconds away from being 3-0 up in their series and in a matter of days, the series is now all square at 2-2. In the first two games, the Celtics were hitting everything from beyond the arc and in the last two the Raptors have started to hit shots of their own. Game 5 is a tough prospect but we think the Celtics bounce back here in a close game.

Another win for the Celtics in Game 5 sends us to 4-1 in betting picks for this series and gives Boston a 3-2 lead. They’ll be looking to wrap up the series and book a date with Miami in the Conference Finals on Wednesday evening from 6.30pm in Game 6. The Celtics start as slight favourites in Game 6 and it’s hard to bet against them given their form. This series should robably already be over if not for a lapse in concentration on the final possession of Game 3. Back the Celtics to finish the job here.

GAME 7! The sweetest two words in sprots and even better when you have two great rivals doing battle! The Celtics and Raptors have played out a great series so far and it all comes down to Friday night. Can’t split these two teams. Sit back and enjoy this one.