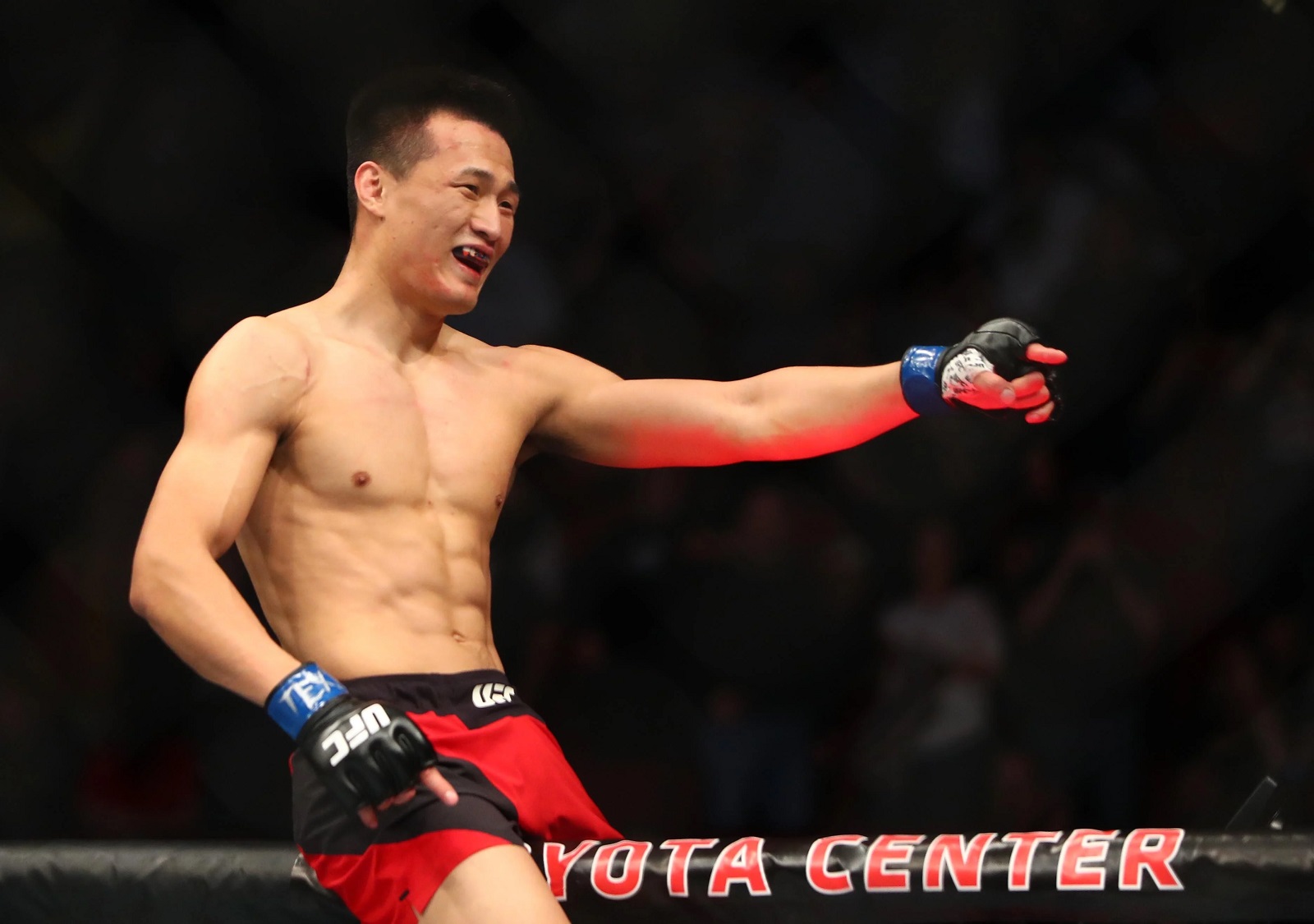 An unmissable fight between Brian Ortega and The Korean Zombie headline this week’s UFC card out of ‘Fight Island’ in Abu Dhabi. There is also an array of international talent scattered throughout the card and with notable finishers from start to finish we should be seeing plenty of crazy finishes. Let’s dive into the action below.

Brian ‘T-City’ Ortega returns for the first time in two years where he lost his title fight comprehensively at the hands of former champion Max Holloway. This fight should be absolute fireworks as Ortega in my opinion has some of the best jiu jitsu in the whole of the UFC. The winner of this fight will likely be next in line for a title shot and it should be full of wild scrambles.

Ortega fell into the common grappler issue of falling in love with their striking which cost him dearly against Holloway. After being the first man to finish Frankie Edgar it went a bit to his head and he crashed back to earth against one of the best boxers in MMA in Holloway. Ortega’s submission skills negate all the wild submissions The Korean Zombie has on his resume as if this goes to the mat or even gets in the clinch Ortega is the only one who will come away successful.

However, if this fight stays standing Chan Sung Yung will be able to land on Ortega at will. This fight really boils down to who gets the best of the scrambles. Realistically Ortega will still need to take a shot or two to get into grappling range yet really should be focused on clinching up as much as possible. We have seen he can land standing and flying submissions so he is a threat to anyone if he can get his hands on them. If this stays at range Zombie’s far superior striking will overwhelm Ortega regardless of the improvements that he has made in the past two years away.

I cannot wait for this fight but there are too many unknowns for this to be a fight I choose to wager on and the odds are about where they should be. I am staying out and just enjoying the fight.

Gillian Robertson looks to have every advantage here against Botelho who still seems to have not improved her takedown defence. Wrestlers have been Botelho’s weakness and last time she faced someone of a similar calibre of wrester as Robertson she didn’t make it past round one. Robertson should be able to take her down early and lock in a choke with haste. Expect a dominant win to the ever-underrated Gillian Robertson.

I have watched Mullarkey for a while on the Australasian scene and he has continued to improve every time he’s stepped out to fight. He earnt his overdue UFC contract last year yet fell in his debut to Brad Riddell. Riddell out struck Mullarkey in what was the Fight of the Night. Ziam also failed in his UFC debut but wasn’t anywhere near as impressive. He was outwrestled by a striker and that bodes well for Mullarkey who has a well-rounded skillset. I expect Mullarkey to use his striking to get close enough to land takedowns at will and look for the finish either by ground and pound or by looking to take Ziam’s back. The Australian gets his first UFC win on Fight Island.