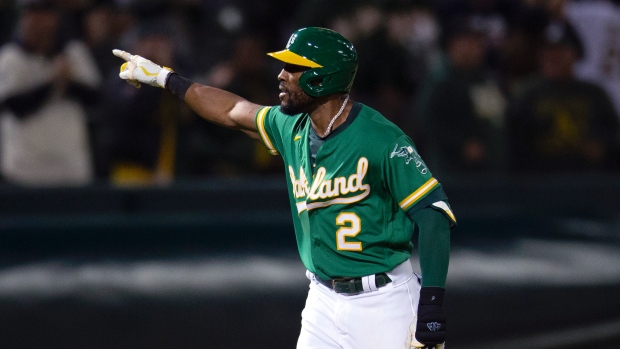 The playoffs are still a month away, but we’ll have a playoff-like atmosphere on Sunday Night Baseball when the Oakland Athletics host the New York Yankees in the finale of their pivotal four-game series.

The A’s are in a funk, having lost 11 of their last 15 contests. The skid has dropped the AL West contenders 6.5 games behind the division-leading Astros, and 3.5 games behind the Red Sox for the 2nd AL Wild Card spot. A win tonight would salvage a series split with the Yankees and pull them within 4.5 games of the Bronx Bombers, who have won 9 of their last 10 games and sit atop the Wild Card standings.

It’s an important game for both teams – and a potential AL Wild Card Preview. So who has the edge and which bets should we target? Let’s break down the matchup and see where there might be betting value.

The Yankees will start left-hander Jordan Montgomery. The 28-year-old has been a stable presence in a New York rotation that has been wracked by injuries. His 3.69 ERA is in-line with his predictors (3.69 FIP, 4.05 xFIP; 4.14 SIERA) although his platoon splits (.224 wOBA against LHBs vs. .306 wOBA against RHBs) could be exploited tonight. The A’s have eight right-handed hitters in today’s lineup. Montgomery also will need to manage contact. In August, the A’s have a miniscule 15.4% K% vs. LHPs, the lowest in the majors.

The A’s will counter with Paul Blackburn, who has a 4.09 ERA (3.71 FIP, 4.62 xFIP, 4.71 SIERA) through two starts this season. Blackburn relies on a sinker and newly-developed cutter to keep batted balls on the ground (47.1% GB%, 52.7% career GB%). He’s a soft-tossing, right-handed journeyman who, fortunately, will get help tonight from the Oakland Coliseum (96 Park Factor), bullpen (3.68 ERA for the season), and lineup alike.

Neither predictors nor projections suggest that either pitcher will be lit up this evening. However, the public is betting otherwise. According to Fantasy Labs, the Yankees have received 67% of moneyline bets and 60% of bets to cover the spread. While only 40% of bettors have wagered on the A’s covering the spread, Oakland has received 71% of the handle at the time of writing.

Oakland’s lineup is loaded with southpaw-smashers, including deadline pickups Josh Harrison, Yan Gomes, and super-stud Starling Marte. Their 7-inning total of 3 feels too low (reminder that I prefer targeting the 7-inning total for home teams over the game total whenever viable) and the +120 moneyline implies a 45% win probability in what I’m forecasting as a toss-up. Layer in the fact that 30% of all MLB games are decided by 1 run, and I’m swooning over Oakland +1.5 at just -131 at PointsBet.

The Yankees are good, but Oakland will be game tonight. Back the hosts to cover the spread in the series finale.

Back the A's at PointsBet
Related Topics