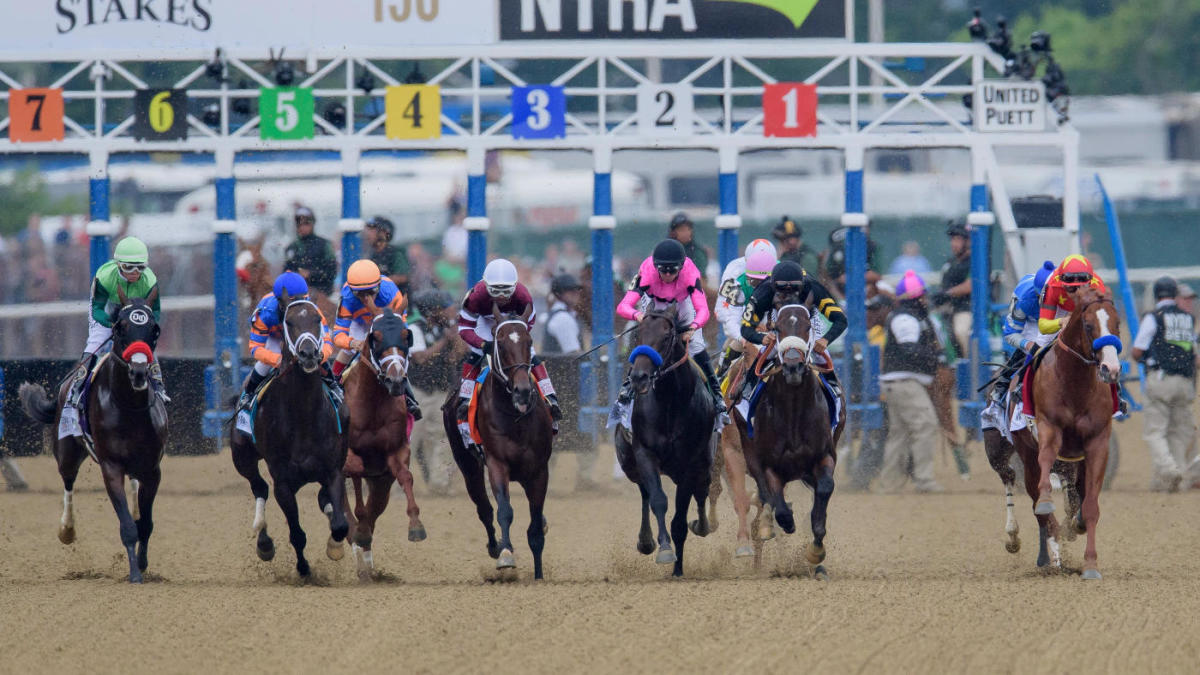 Stakes racing will go through a series of peaks and valleys as we leave summer and enter fall, ugh. Peaks will come with the rescheduled Preakness Stakes in early October and the Breeders’ Cup at its normally scheduled early November race dates.

This weekend is of the valley type with just a handful of races with jackpots of $100,000 or more. But what we lack in quantity, we make up for with quality. We’ll focus on three graded stakes races including the $1 million Woodbine Mile at Woodbine Racetrack in Toronto, Canada.

Woodbine’s seventh is the Grade III, Singspiel Stakes. Ten horses will slug it out over a grueling 1 ¼ miles on the Toronto track’s turf course for their share of the $125,000 prize pool.

SKYWIRE (PP: 5 ML 7/2) has only tried grass two times finishing fourth in both. Why would he be a pick to win you might ask? He had some traffic issues in both and was bumped in his first go on grass. Now, we have our eye on his lone trip on a sloppy dirt track, which he won handily. It’s been our experience that horse that run well in the mud usually do well on turf.

NAKAMURA (PP: 9 ML 5/2) has finished in the money in seven of his last 10 races, including a pair of thirds in his last two outings. He’s making his third start following eight months in the barn. His resume suggests his third start off the bench will be his best of the three-race cycle and the last two were close to good enough.

ADMIRALTY PIER (PP: 3 ML 4-1) is another making his third start after a layoff but, unlike NAKAMURA, he tends to run at the same level, maybe a touch below, as he did in the previous race. He finished second last out, losing the lead in the final 1/16 mile. We expect a similar performance here.

JUNGLE FIGHTER (PP: 10 ML 12-1) is our third horse making a third start following a layoff. His cycle says to expect him to improve today relative to his last race, but his numbers are a touch lower than the top three. If he improves, like we expect, he should be able to compete for the win.

CLICK HERE TO BET ON THE SINGSPIEL STAKES AT TVG.COM

The Grade I Woodbine mile is the creatively named, 1 Mile Romp on Woodbine’s turf course in Saturday’s ninth race. While limited in number, speed horses had the edge in 19 races at the distance/surface during the current meet.

MARCH TO THE ARCH (PP: 1 ML 5/2) is undefeated in two races on Woodbine grass, including his last. It was his first race since June 20th. He ran the best last race speed figure in the win and his history suggests he’ll up his numbers in race two off the sidelines.

SHIRL’S SPEIGHT (PP: 3 ML 8-1) is undefeated in his two starts and hasn’t been challenged in either. He last raced on July 25th, visiting the winners’ circle in a Grade III race on Bine’s all weather track. Flipping to grass isn’t going to hurt as he won his debut with ease on Woodbine turf.

STARSHIP JUBILEE (PP: 4 ML 4-1) has won six of 13 at Woodbine and five of eight at the distance with two seconds. He’s won six of his last eight and should be at/near his best in his third start off the break.

WAR OF WILL (PP: 8 ML 2-1) is known for his Preakness win and struggled a little after that. Trainer Mark Casse turned the four-year-old to turf following a ninth-place finish in the Breeders’ Cup Classic. The first try on turf didn’t go well, but he won his last.

CLICK HERE TO BET ON THE 1 MILE ROMP AT TVG.COM

Woodbine’s third stakes race is for two-year-olds. These are unpredictable as heck. So, we’ll cross the border and head to Belmont Park in New York for the $250,000, Grade I, Belmont Oaks in race number five. Fives are wild as just five filles are going to race 1 ¼ miles on Belmont’s inner turf course.

We only see three horses with a shot to win with the trio likely to finish in the first three.

ANTOINETTE (PP: 5 ML 9/5) has finished either first or third in her last seven races. She’s raced on Belmont’s inner turf course once before and won by a head to break her maiden. She looked sharp winning her last and trainer William Mott follows a win with another at 17%.

SETTING THE MOOD (PP: 1 ML 6-1) has three seconds in four turf races; hence, 75% chance she lands here. She finished second by a head in her last race and first since early July. We expect she’ll be stronger today, maybe strong enough to hold the lead into the wire.

MAGIC ATTITUDE (PP: 2 ML 1-1) is the oddsmaker’s even money choice in her first US race after starting her career in France. From experience, international invaders need a race on US grass before returning to their European form. As such, we tend to fade international shippers in their first US start and trainer Arnaud Delacour hits at a decent, but not overwhelming, 19% with horses making their US debut.

CLICK HERE TO BET ON THE BELMONT OAKS AT TVG.COM