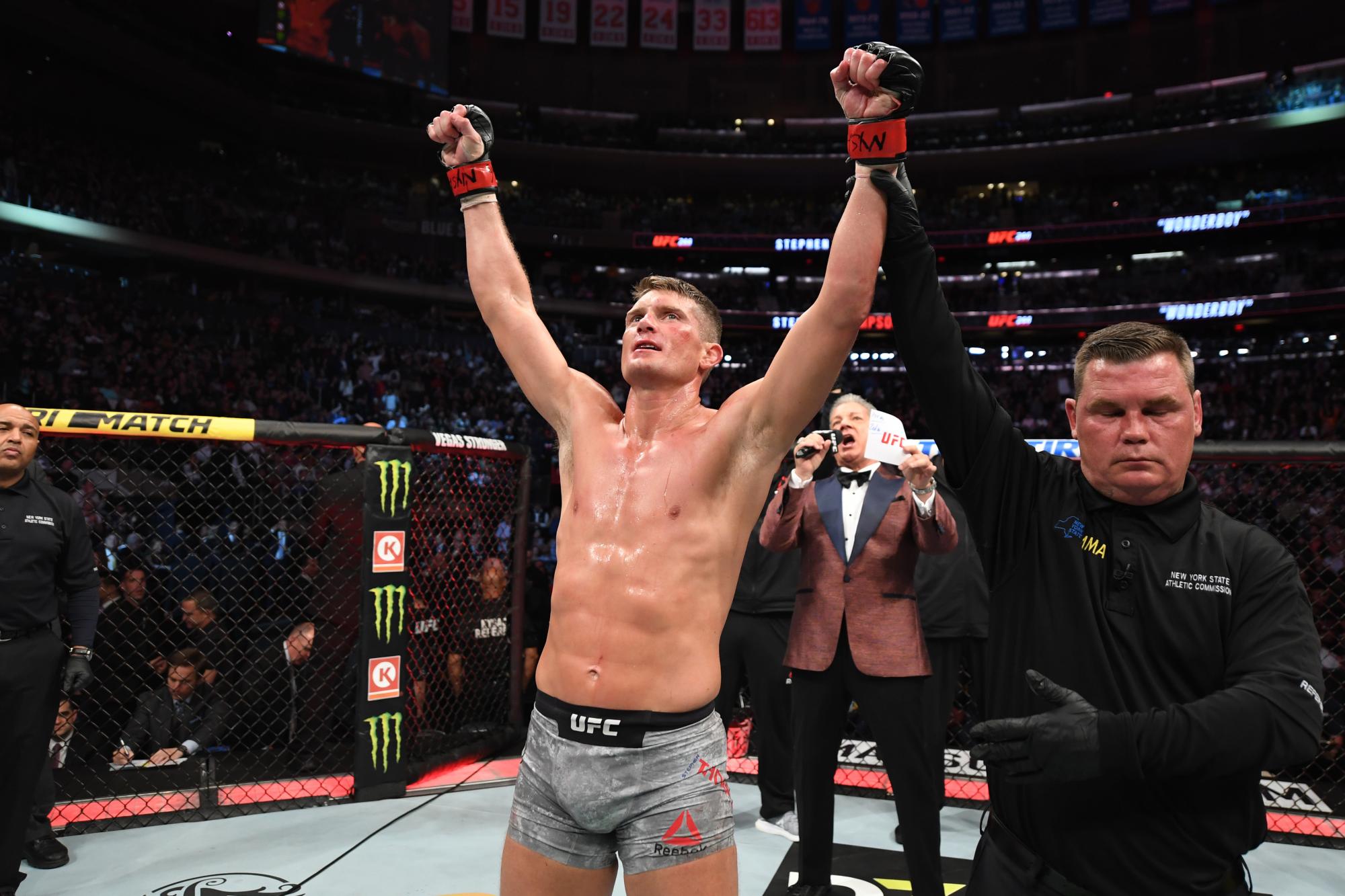 The final UFC card of the year is here, and the main card is a quality one for a Fight Night. The UFC Apex Centre once again plays host to the weekly fight card and the headliner sees a Welterweight banger with Stephen ‘Wonderboy’ Thompson facing Geoff ‘Hands of Steel’ Neal.

Also on the card is former champion Jose Aldo against Marlon Vera and the excitement machines Michel Pereira and Khaos Williams go head to head. Usually I like to look to the undercard for value and mismatches, but the bookies have got the market pretty spot on there so instead we focus solely on the main card. This fight card is sure to provide its fair share of fireworks and we dive into it below.

Stephen Thompson is a fighter that is always criminally underrated by the market. His karate stance and stance switches along with his range management makes him a tricky customer to negate. Thompson regularly has made a mockery of power punchers and that is exactly what Geoff Neal is. Geoff Neal like his nick name suggests carries plenty of power in his punches and kicks but he has to be able to hit Wonderboy for that to matter.

Thompson’s distance management is some of the best you will see in MMA and he consistently picks apart his opponents from range. For that reason it is incredibly hard for his opponents to get in the pocket and land anything meaningful. That is also why he has only been finished once in his professional career and that was from an explosive knockout by Anthony Pettis.

This fight sets up very similarly to Thompson’s last fight with Vicente Luque. Both Luque and Neal are knocking out people almost every fight but in the face of a technical striker like Thompson it is hard to get close enough to land a power punch while negotiating a range of kick attacks flying at them. I am shocked Wonderboy is the underdog as I see him using his footwork and range to stay out of Neal’s power shots and rack up rounds without too much trouble, likely winning a comfortable decision victory in the process.

This fight will be complete and utter madness. Realistically though this fight is in the hands of Michel Pereira. Pereira is an extraordinary talent with ordinary fight sense. He is more about the entertainment factor than the result which always makes him a risky pick. However, Pereira has showed when he is not treating the Octagon like his own personal parkour course that he has some polished striking and high level jiu jitsu.

His opponent Khaos Williams is two from two in the UFC and has knocked out both opponents in a combined 57 seconds. He carries raw power in his hands but whether he can maintain that for multiple rounds is yet to be seen. As long as Pereira doesn’t go jump into a right hand or put his hand behind his back like he’s Conor McGregor he has the weapons to control and win this fight wherever it goes. A risky tip due to his fight style but one that I am confident in nevertheless.

Realistically if Moraes had a gas tank he would be a world champion right now but sadly he doesn’t. I am yet to see a round 1 that he hasn’t won and looked incredible in but sadly he can’t sustain that output throughout the fight. Rob Font is a mainstay in the Top 15 of the Bantamweight division but looks outgunned here in every area other than durability.

He will have to survive the onslaught of the Brazilian and then be able to finish him late. Moraes has the advantage on the feet and on the ground and I see him being able to finish Font in the opening rounds. Even if he doesn’t manage the finish, he is likely to be up two rounds leaving Font needing a stoppage in the third, which I don’t see how he will be able to get. Simply Moraes gets this done and I am backing him to get it done in a way that makes a real statement ahead of 2021.