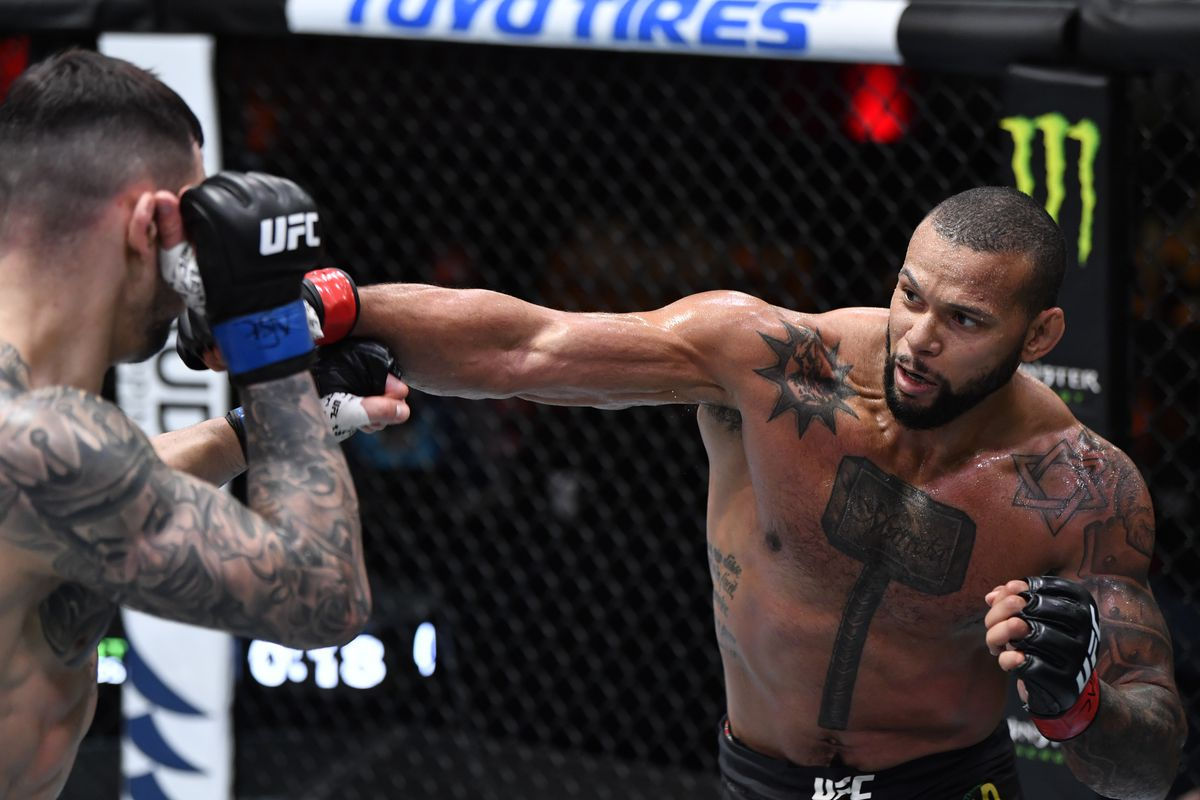 The definition of a barnburner headlines this weekend’s UFC Fight Night card as Johnny Walker and Thiago Santos square off. In the co-main, Kevin Holland faces Kyle Daukaus. Aspen Ladd also returns from knee surgery to face Macy Chaisson and Casey O’Neill and Antonina Shevchenko battle it out in an intriguing contest on the undercard. We take a look at two on the main card and one on the undercard in this week’s UFC preview.

This is one of those fan favorite match ups, as the likelihood for a violent finish is near certain. Thiago Santos finds himself in the midst of a three-fight losing streak, with two mediocre performances following the war in his title fight with Jon Jones. Santos still carries insane power and his durability cannot be questioned. His weakness on the ground also isn’t going to be tested by Walker, who is arguably even worse on the mat. Johnny Walker had massive hype early as he secured some ridiculous knockout wins. What followed was the clear flaws of an ordinary chin, poor cardio and lack of skill on the ground halting much of his hype.

While I still believe he can turn his career around from an excitement machine to a genuine contender, like Michel Pereira did, I am yet to see proof of that. In his last fight, Ryan Spann had him in a world of trouble before recklessly pursuing a takedown and succumbing to nasty Walker elbows. Santos will happily stand and strike with Walker and I can only see this ending in Santos flooring his fellow Brazilian.

I think a lot of people have slept on Kevin Holland in this match up, almost solely because Daukaus is a takedown threat. Holland has definitely been exposed for his lack of wrestling and ground skills since his five straight wins in 2020. This year he fell twice by decision to well versed wrestlers, Marvin Vettori and Derek Brunson. I would be shocked if since April, Holland hasn’t gone away and worked hard on his wrestling though as he has always been vocal and honest about his flaws.

Regardless, Daukaus isn’t anywhere near the wrestler of Brunson or Vettori and Holland still has some of the crispest boxing in the division. I believe Holland reminds everyone that he is still a fighter to watch, returning to the win column with a dominant victory, full of flair and excitement.

She may have the Shevchenko last name but the fact remains that Antonina Shevchenko is miles behind her sister Valentina. She has top level kickboxing but every time the fight hits the ground, she looks lost and badly outclassed. Against Australian Casey O’Neill, that is a recipe for disaster. O’Neill made her name on the Australian regional circuit before a big win in the UAE saw her handed a UFC shot. She has since gone 2-0 in the UFC, both by the way of stoppahe. O’Neill has top level grappling and a gas tank so I expect that she will be able to be in Shevchenko’s face and working the whole fight. I believe Shevchenko may find success early but before long she will be on her back, fighting off submissions and ground and pound. I expect O’Neill to likely be able to get another stoppage victory here, likely sometime in the second.