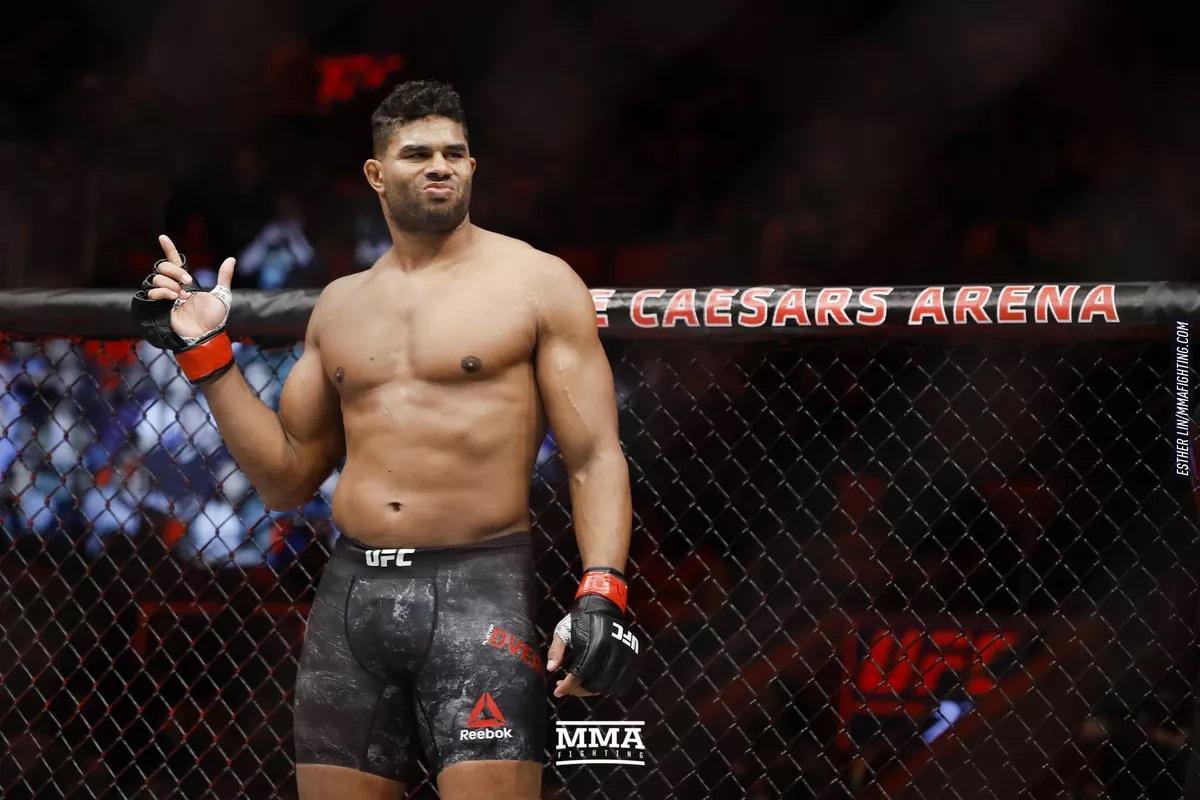 Former K-1 World Grand Prix, Dream and Strikeforce champion, Alistair Overeem steps into the Octagon for his 65th professional MMA fight as he takes one more stab at UFC gold at 40 years of age. He headlines the card alongside up and comer, Augusto Sakai, who aims to win his 4th straight UFC bout in his what will be his first UFC main event.

Also on the card is the addition of Ovince Saint Preux in his rebooked bout against Alonzo Menifield and a women’s Bantamweight tussle between TUF finalist Sijara Eubanks and rising star Karol Rosa. 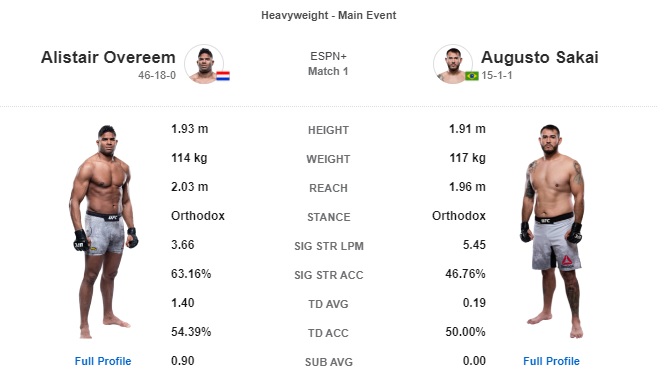 Alistair Overeem is a veteran of the game and by far and away Augusto Sakai’s biggest test to date. I just see this as an atypical too much too soon fight for Sakai who faces a more seasoned striker in Overeem. Year after year questions are asked of Overeem’s durability but realistically it holds up quite well and no man alive could have stayed conscious after the Ngannou uppercut or Rozenstruik jumping straight. Nor is it any mark on Overeem for being finished by the brutal Curtis Blaydes.

Sakai failed to finish the struggling Arlovski and barely out struck Ivanov which doesn’t bode well for him against Overeem who will happily stand and trade. Overeem is just too much for Sakai at their respective stages in their careers, but I am sure Sakai will be up top of the heavyweight division in a few years, just not yet. 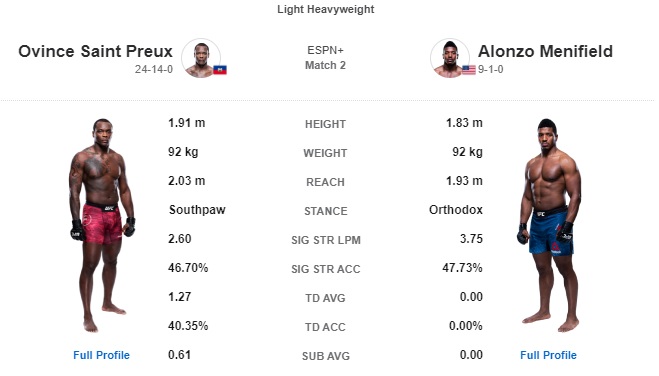 I am so glad this fight was promptly rebooked as it looks to be an absolute fire fight and an entertaining one at that for as long as it lasts. Both men were stifled in their losses last time out and showed the glaring weaknesses of their respective games. For OSP it is his lack of output and the fact he almost gets into a lull during his fights to conserve energy whereas Menifield is the opposite going all out for 5-6 minutes before the lactic acid in his muscles builds up and he fades badly.

I believe all OSP has to do to win this fight is not get caught in the opening exchanges and he is good enough on the feet to do just that. He also has the X Factor that is his ground game, in particular his go to von flue choke which I see as a likely way this fight is finished. OSP gets it done at his return to Light Heavyweight. 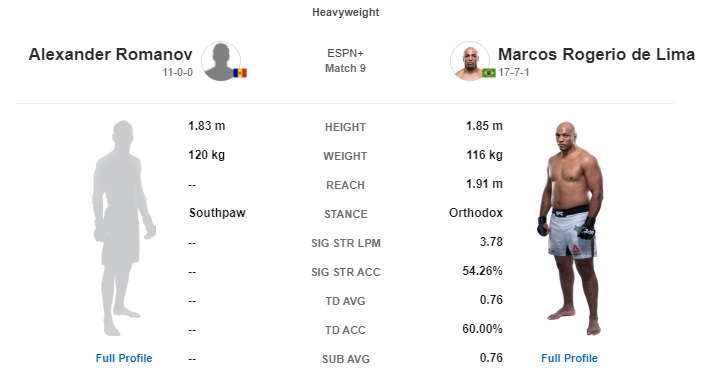 Marcos Rogerio de Lima has returned to Heavyweight in fine style since being unable to make the Light Heavyweight limit, winning two of his last three. He has finished 15 of his 17 victories and will look to march forward and knock out Romanov to add another one to his record. The Moldovian Romanov enters the UFC with a perfect 11-0 record and has rag dolled his opponents to date, none more so than his latest win where he won via slam.

It will be a simple game for Romanov, avoid the big hook of de Lima and close the distance, take the fight to the mat and either stop him via ground and pound or submission. I am backing him to do exactly that and also believe Romanov is one to watch and follow closely as he rises up the ranks in the UFC.