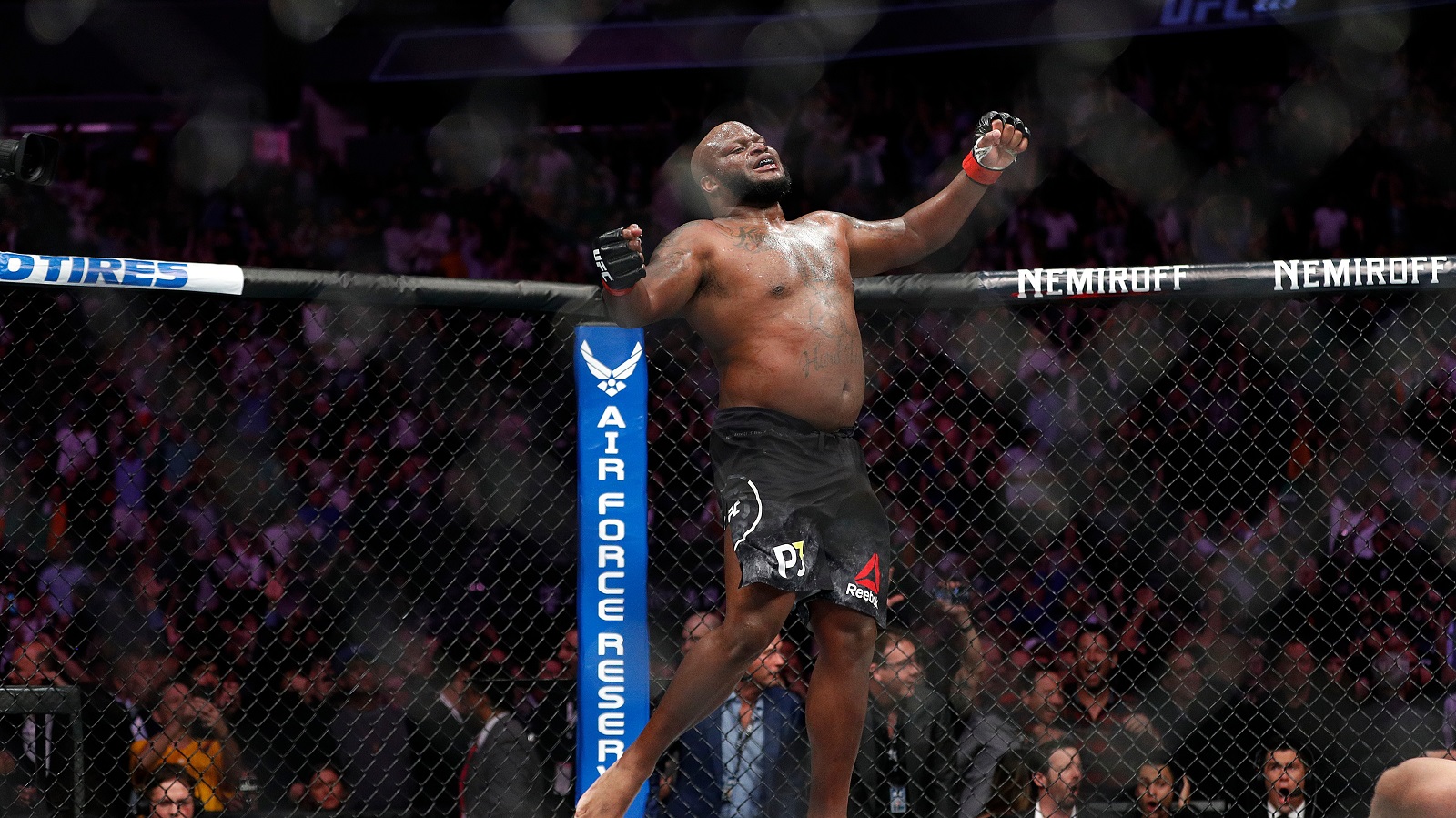 Plenty of action for another Fight Night coming out of the Apex Centre in Las Vegas, Nevada, headlined by a Heavyweight clash between Derrick Lewis and Aleksei Oleinik. Also on the card we have the former champion, the All American Chris Weidman in what is a do or die fight in his career and many more enticing clashes. With plenty of action on the card we dive into a few predictions on some of the key match ups below. 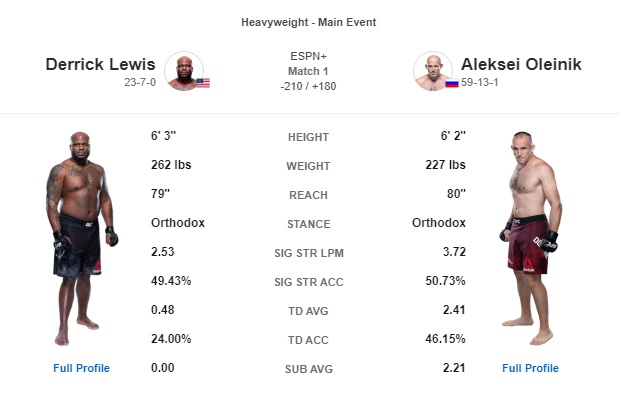 Derrick Lewis is a hard man to have faith in, but he has only lost to the top of the heavyweight division and that isn’t Oleinik. Oleinik has one of the most incredible records in the UFC as he shoots for his 60th professional career win in this main event slot. He often chokes out lower ranked guys before being knocked out by heavy hitters at the top of the division and I am backing that is what happens again.

If it gets to the ground there is a great chance Oleinik can choke Lewis out, it is more likely that he crumbles to one of Lewis’ early shots and is put away then and there. Lewis also has an uncanny ability to explode to his feet when taken down which could also be his saving grace if he does land on the bottom of an Oleinik takedown. The ‘Black Beast’ gets it done early and notches up another win denying Oleinik his 60th win for now. 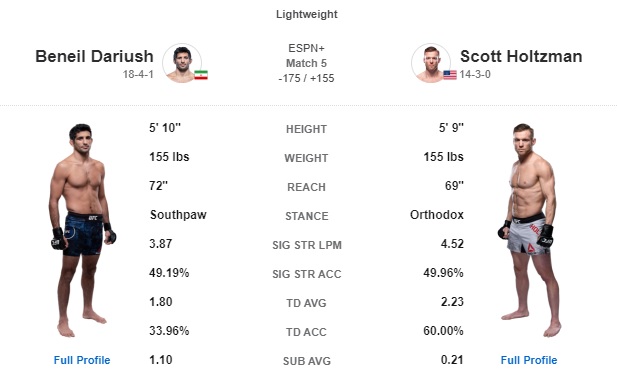 On paper this is a perfect match up for Dariush who has a massive grappling and gas tank advantage. Holtzman does have a boxing skillset to trouble many fighters at Lightweight but Dariush should be able to keep his range before taking the fight to the ground. The big question is in Dariush’s chin as it has been his downfall before, but he has such a skill advantage here you would be mad not to back him to win. 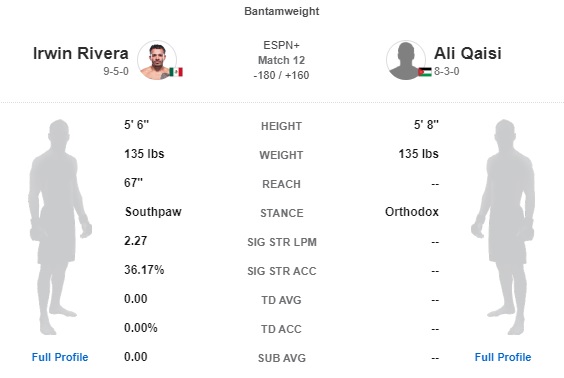 Al Qaisi makes his UFC debut here and in doing so will be the first Jordanian UFC fighter, but he has a horrific stylistic match up to contend with if he is to make his debut a winning one. Irwin Rivera relies heavily on volume and pressure and if he can avoid being taken down too often, especially early, he should cruise to victory either by a wide decision or a late TKO. Al Qaisi has one of the strangest stances you will see which leads him to throw strikes at awkward trajectories and take people down as he ducks under strikes. However, he is heavy on his front leg which is a big target and doesn’t give enough output to win many decisions, especially on the feet. Rivera avoids too much early trouble and wins well in the end. 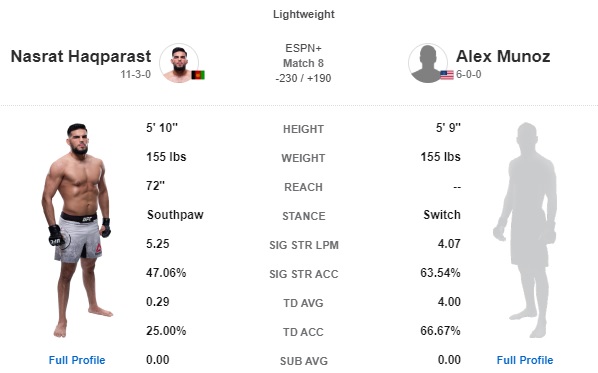 Haqparast returns here after being put away in just over a minite by Drew Dober in his last fight. Although that was a bad loss in the move towards a title fight, Dober has won six of his last seven and that is far from a horrifying defeat, especially since he has gone on to win by KO yet again in May. Nasrat still has untapped potential and has a big speed and power advantage in this fight. Munoz comes in with an unblemished 6-0 record but has never fought anyway near Haqparast’s quality and might be in for a lesson. He also showed that his gas tank needs some work which suggests even if he has early success, Haqparast most likely puts him away late.