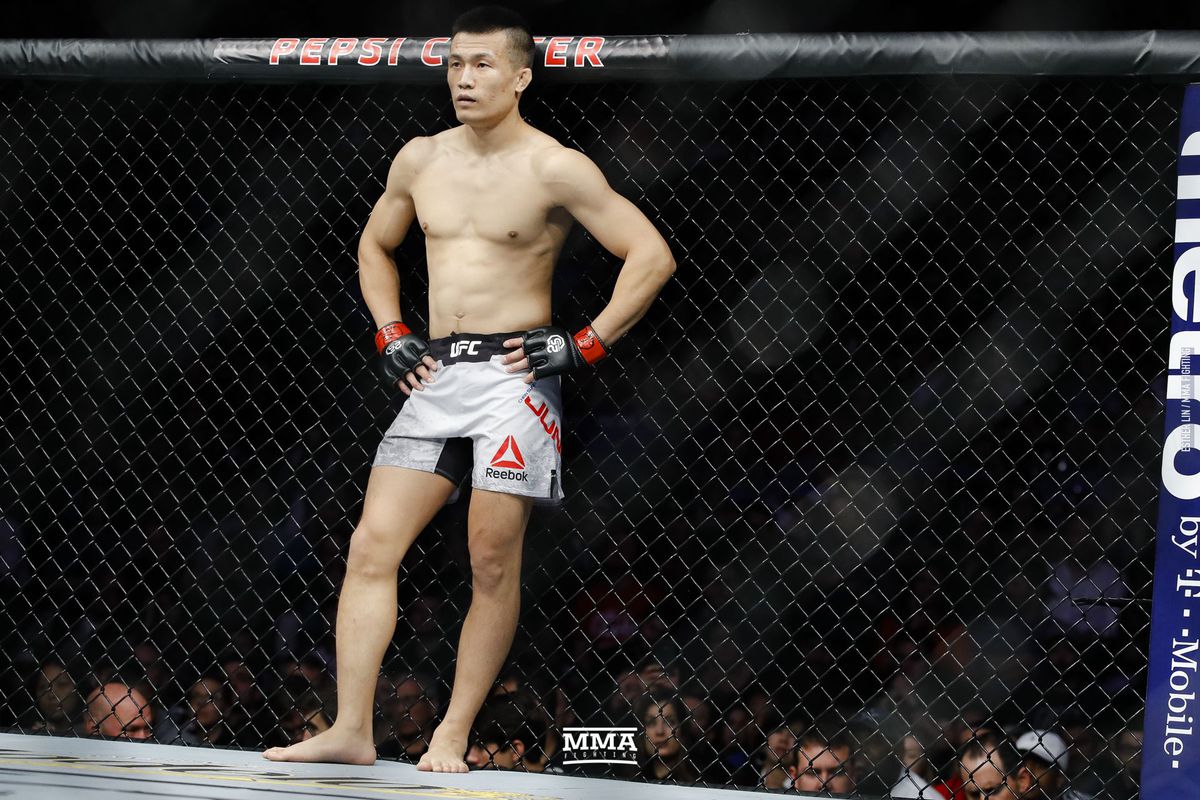 After an exciting Pay-Per View card we return to the UFC Apex Center this weekend for a Fight Night card headlined by a barnburner between the Korean Zombie and Dan Ige. In the co-main, veteran Aleksei Oleinik faces off against rising star Serghei Spivac and there are plenty of other intriguing match ups throughout the card that are sure to provide a bevy of finishes for us thirsty viewers.

The Korean Zombie suffered a bad defeat last time out to title contender Brian Ortega. Ortega picked Jung apart on the feet and it was definitely cause for some concern for Zombie who looked to have no answer for T-City. Ige on the other hand flattened Gavin Tucker in just 22 seconds in a statement win.

Ige’s striking continues to develop while his wrestling which he likes to lean on really isn’t as good as many seem to believe. However, his pressure style, solid gas tank and champion calibre heart makes me lean towards him to get the win. While Zombie showed once again last time out that he can take one hell of a shot and continue to walk forward, he was dictated to by Ortega who while impressive shouldn’t be able to dominate a striker like that on the feet.

Matthew Semelsberger put a mediocre 3-2 professional start in his rear vision winning his last five fights. Five of his eight wins have come via knockout, the most impressive of which being a 16 second flatlining of Jason Witt last time out. Khaos Williams built some serious hype behind him securing back-to-back Octagon KO’s in under a minute combined, to start his UFC career.

In his last fight though he went down by decision to the excitement machine Michel Pereira. While any fight with Pereira from an analysis perspective is often a write off, the fight showed a clear lack of a plan B by Williams when the early knockout didn’t present itself. That is why I like the underdog odds around Semelsberger.

He has the combinations to win rounds and the smarts and chin to avoid being slept by a nasty Williams strike. So long as he doesn’t get caught clean in the opening exchanges, expect Semelsberger to register a rather comfortable victory.

SEMELSBERGER TO WIN (+150 AT POINTSBET)

I will always be somewhat bias to prospects coming from Eternal MMA but I was high on O’Neill in her Octagon debut and she delivered. Admittedly Lara Procopio is a talent and quite similar to O’Neill on paper, but O’Neill has the grappling smarts to stay out of submission danger and be able to land the more telling blows on the feet and on the ground to get the win here.

Procopio showed in her UFC debut with Karol Rosa that she is durable and although her submission game might be strong, she doesn’t have the sufficient wrestling skills to consistently get the fight to the ground on her terms.

If Procopio ends up on top repeatedly she could edge a decision thanks to control time much like in her last fight against Molly McCann. However, the more likely outcome is O’Neill out strikes Procopio before taking her down and punishing her from top position.