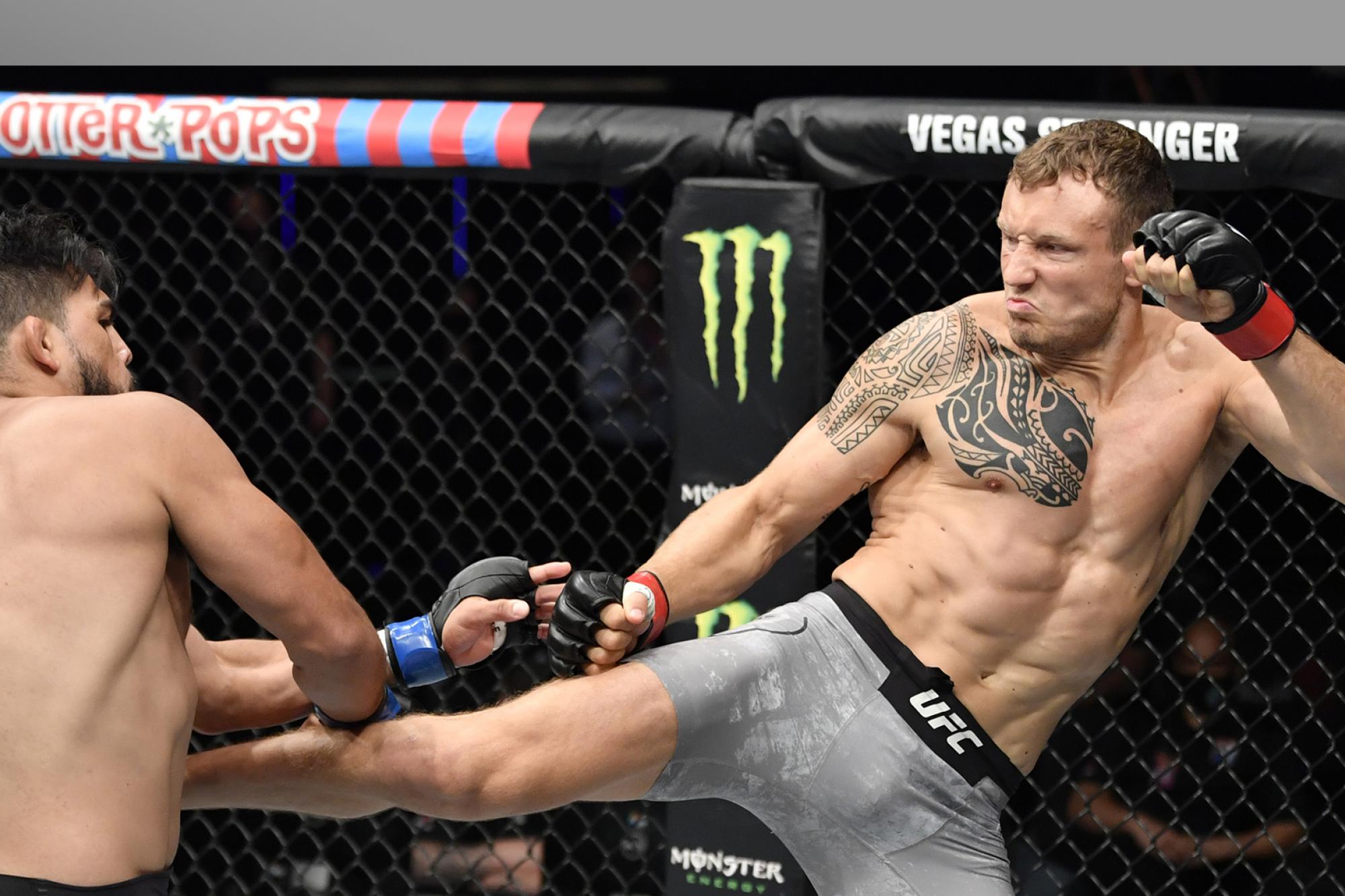 This weekend’s UFC fight card has been hit hard with injuries and COVID removals which sees the card limited to five fights on the main card and six on the undercard. The main event also has seen Hermansson booked against three different opponents after Till pulled out due to injury and Holland was removed due to testing positive for COVID-19. Now Jack Hermansson faces Marvin Vettori in the headliner.

There are also four fighters who put their undefeated records on the line and some of the UFC’s promising prospects try to make a statement ahead of hopefully their breakout year in 2021. We look into some of the best fights below.

Unfortunately for The Joker this is his hardest fight of the three that have been booked for him stylistically with Vettori being a strong wrestler. However, he has only really struggled against pure knockout artists so far in his UFC tenure which would rather lead me to believe this isn’t such a bad matchup for the Swede.

Hermansson has a crafty submission game that was fully on display in his last fight, submitting Kelvin Gastelum via heel hook inside 80 seconds. His opponent Vettori, impressively submitted Karl Roberson earlier this year which extended his winning run to three, with his last defeat coming in the way of a decision loss to champion Israel Adesanya back in 2018.

Neither man is one step away from a title shot but with a win here they definitely edge closer to title contention. Vettori will need to make sure that if he takes Hermansson down he lands in top control. Hermansson can wrap up the neck or a leg before his opponents know what’s going on and he will be in ever-present danger in scrambles on the ground. Many also forget the knockout power Hermansson possesses as he finished the large majority of his early fights by KO.

I see Hermansson able to keep this a largely standing affair and the fear of his submissions should be enough for Vettori not to recklessly try to take him down. Hermansson wins the striking battle on the feet and matches Vettori for control time on the ground on route to a big victory.

These two were set to meet a few weeks back but with Smolka having a terrible weight cut it was rescheduled to December. Quinonez since earning his UFC contract has only won one of three, however, those two losses were to the highly touted prospects, Sean O’Malley and Nathaniel Wood.

Quinonez should have the striking advantage and the wrestling chops to keep himself out of a nasty spot on the ground. If he gets taken down and mounted or if his guard is passed, however, he could be in real trouble. Luckily for him though Smolka lately isn’t taking shots as well as he once did and doesn’t have the wrestling needed to get the takedown on his own terms. Quinonez pieces him up on the feet and either scores a late stoppage or a decisive decision victory.

Simply as long as Topuria doesn’t decide to test his jiu jitsu against Jackson he wins this fight. He is the far better striker and showed great range management and movement in his short notice debut against Youssef Zalal.

Jackson is slick on the mat but one dimensional on the feet and isn’t the greatest wrestler. He relies heavily on offensive mistakes to get his takedowns and has fell to all top-class opposition he has faced in his professional career. As long as Topuria sticks and moves he likely gets the finish on a frustrated Jackson in round 2 or 3.