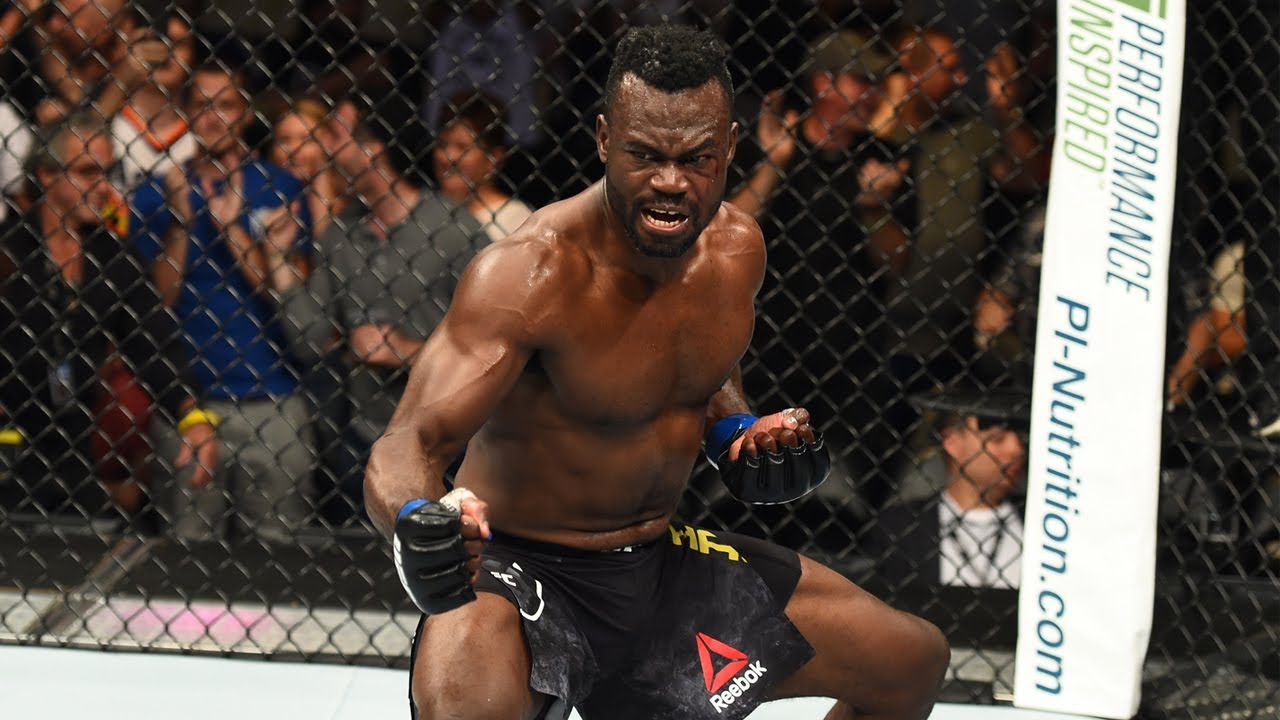 Two surging Middleweights headline our Fight Night card this week as both Uriah Hall and Sean Strickland find themself hunting for five straight Octagon wins in the main event. Also on the main card are Contender Series prospects Cheyanne Buys and Gloria de Paul, who will both look to bounce back from UFC debut losses. And two finishers Bryan Barberena and Jason Witt go head-to-head.

Sean Strickland’s early MMA promise often is forgotten. The now 30-year-old went 13-0 on his way to the UFC and started 2-0 in the Octagon before going 5-3 upon moving to Welterweight. A bad motorcycle crash sidelined Strickland for two years. He returned and moved back to Welterweight in 2018 where he has since gone 3-0.

His opponent Hall earned a stoppage win over legend Chris Weidman at UFC 261 courtesy of a horrific leg break to extend his winning streak to four. The flashy Jamaican has always been a fan favourite largely due to his exciting striking style. I expect Sean Strickland to set a strong pace against Hall and to keep it at close quarters and wear on his opponent.

The fact it is a five round fight is my only concern for Strickland but there is nothing to suggest he will gas badly. His TKO over Brendan Allen showed how far his striking has improved and Allen has won his two fights since that loss. I’m confident Strickland hurts Hall behind a stiff jab and eventually puts him away down the stretch.

STRICKLAND TO WIN (-210 AT POINTSBET)

I was very disappointed with Buys in her UFC debut as she kept falling time after time to a head and arm throw by Montserrat Ruiz. Despite that debut disaster, Buys is genuinely a great stand-up striker who is still developing at only 26 years of age.

Gloria de Paula also lost her UFC debut to the underwhelming Jinh Yu Frey. Neither woman showed much on the mat but I still would favour Buys on that ground. More likely this is a stand-up battle and the output and power discrepancy in favour of Buys should clearly lead her to earning her first UFC win.

Phillip Rowe made his UFC debut in February this year and despite coming into the Octagon with plenty of expectation he was quite disappointing, dropping a clear decision to Gabe Green. Orion Cosce joins the UFC having finished every one of his professional opponents.

His Contender Series appearance was a come from behind win against Matt Dixon and that fight showed that he doesn’t have the endurance struggles like his brother Louis. Cosce’s pressure, power punches and strong wrestling will cause Rowe all sorts of headaches. Even if the finish isn’t there early, I find it hard to see Rowe getting his hand raised.

Cosce also has the grappling to prevent Rowe being able to scramble out of bad spots on the mat like he did against Green. Rowe’s weak defense will be on full display here as Cosce runs through his American counterpart.