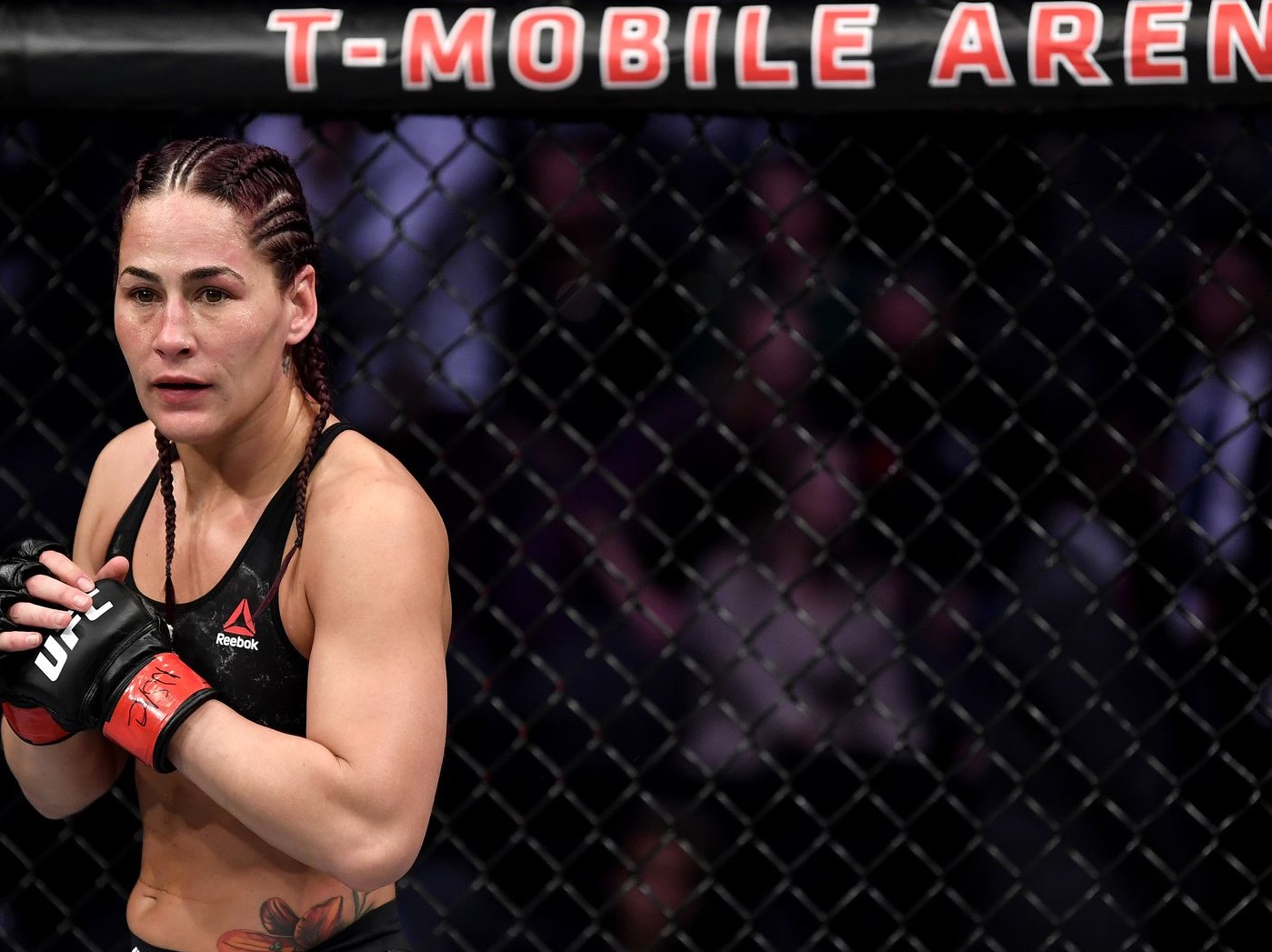 The UFC returns to the Apex Centre for another card that is unsurprisingly less stacked than the last. The main event of Eye vs Calvillo won’t send fans into a frenzy nor will the underwhelming undercard but hey it’s fights and when you go without them for a while you appreciate even the lacklustre cards. While it isn’t star studded there are the likes Merab Dvalishvili and Karl Roberson to tune in for and cards like these always throw up some brawls. Let’s get into the selections below. 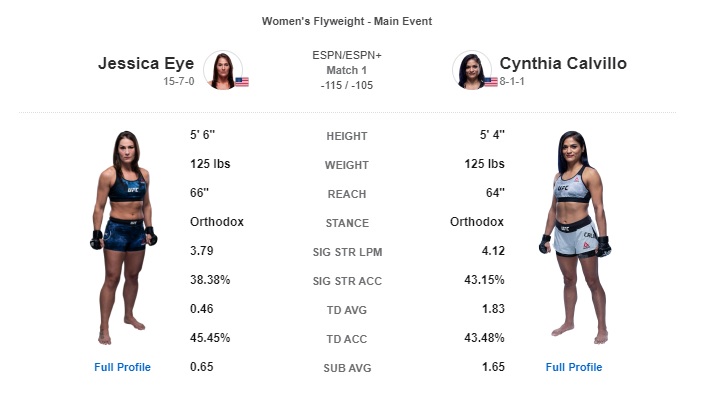 A typical striker vs grappler matchup is what we have in the UFC main event and this really is a pick em’ fight as the odds suggest. Eye is the number 1 contender at Flyweight and there is a huge gap between Shevchenko and the chasing pack which was evident when she demolished Jessica Eye. Cythia Calvillo makes her Flyweight debut here and her jiu jitsu is no joke and it could prove very problematic for Eye if it goes to the mat, but I just don’t know if she can get it there. This really isn’t one I want to touch from a betting standpoint although I would lean towards Calvillo if she can get this down repeatedly, yet there really isn’t no guarantee she can especially since she went 0 from 6 in her takedowns last fight.

BET NOW: CLICK HERE TO BET ON EYE VS CALVILLO AT DRAFTKINGS 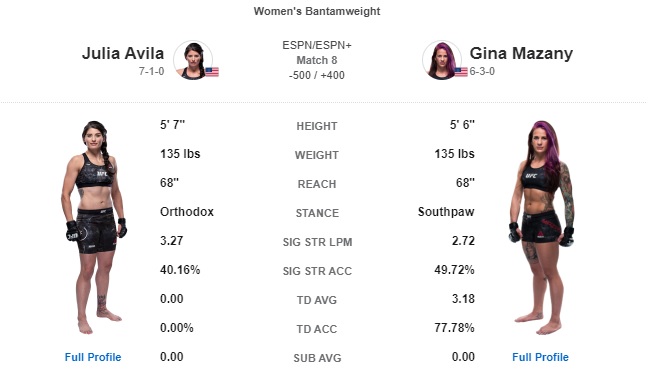 I am excited to see Julia Avila return here after her UFC debut victory over Pannie Kianzad. Karol Rosa was initially booked to fight Avila but instead Gina Mazany steps in on short notice. Mazany is durable but she is badly outclassed on the feet by Avila who has raw, natural power which was evident when finishing two of her last three fights before entering the UFC where she also dropped Kianzad twice but was unable to put her away. I am sure she has further tightened up her game and she looks like a prospect on the way up, while her opponent Mazany comes into this fight 1-3 in the UFC. Expect Avila to drop Mazany early and finish it shortly after. 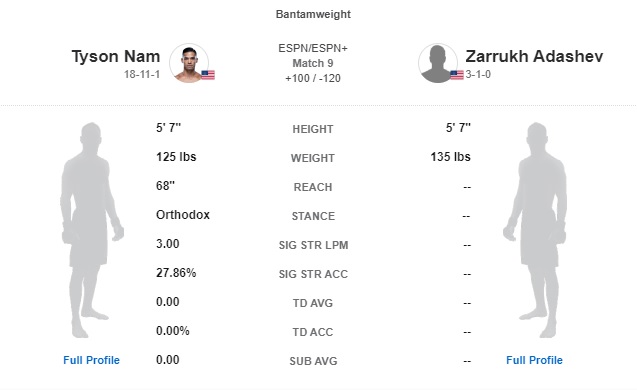 Tyson Nam was initially scheduled to fight Ryan Benoit but instead sees himself standing across from Zarrukh Adashev. Adashev is 3-1 in his short MMA career and this looks one of those to big too soon fights. While he has shown that he has plenty of power in his hands, Nam is a more experienced fighter, who although being on a two-fight skid, still looks to be the superior fighter. Nam has lost his UFC appearances to Sergio Pettis and Kai Kara-France which is no knock on him and although he has been somewhat disappointing in his two UFC appearances to date, he should be out to make a statement here. Nam also has only been finished twice in his career and hasn’t been finished since 2013 where he was KO’d by title contender, Marlon Moraes. Adashev could be one for the future but it is too soon to tell and meanwhile Nam should be able to outpoint Adashev on the feet and has the grappling edge if he chooses to use it.

Anthony Ivy comes into his UFC debut with an 8-2 record which includes twice defending the Fury FC Welterweight title and becoming the WXC champion in his last fight. He really should be too good for Christian Aguilera especially on the ground. As long as he keeps to his game plan and doesn’t try to do anything too outrageous, he should handle Aguilera with relative ease.  Whether Ivy pounds Aguilera out from top position or finishes a tiring Aguilera late he should come away the victor.