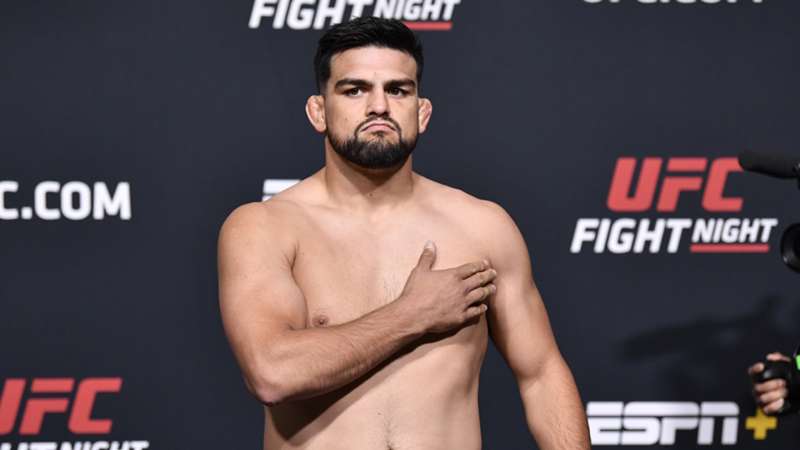 After a week off the UFC is back. The UFC Apex Center in Las Vegas, Nevada hosts the Fight Night card headlined by two Middleweights who are looking to bounce back from losses to Robert Whittaker. Kelvin Gastelum and Jared Cannonier face off over five rounds in an exciting main event. In the co-main, Mark Madsen faces Clay Guida in what is an interesting clash on paper and finishing machine Brian Kelleher features on the undercard. We take a look at my best bets below.

Both these men were thoroughly outclassed last time out by Robert Whittaker but that says more about the Australian than it does about these two class Middleweights. Jared Cannonier started his UFC career with three straight vicious knockout wins. He was somewhat exposed against Whittaker as a one dimensional, slightly limited striker, however, he always poses a serious threat to knock you out in a split second.

Gastelum on the other hand has had a bumpy ride his entire UFC career. He gave Adesanya a tough test before falling in his next two fights. Gastelum’s wrestling isn’t as good as what many think it is either. He is a good boxer with a ridiculously good chin. However, if you don’t fight him in the pocket, he struggles to assert his will.

I do believe Cannonier has the tools to knock out Gastelum despite likely being happy to trade punches with Gastelum. He has uncanny power and will likely stand and bang with Gastelum for as long as it lasts. While Gastelum is the more technical fighter, I just see Cannonier being too big and too strong for his counterpart. Cannonier gets this done and likely by knockout.

Austin Lingo entered the UFC with a massive reputation, having knocked out his last three opponents in a combined 63 seconds but he fell well short on debut against Youssef Zalal.

His opponent Luis Saldana entered the UFC off a big Contender Series knockout victory but had his share of troubles against Jordan Griffin. Despite struggling with Griffin’s wrestling, he still managed to secure a decision win. This is a boxer vs kickboxer style fight and in MMA I almost always pick the kickboxer.

I expect Saldana to keep this at range and pepper Lingo with kicks on route to a relatively straight forward decision victory. At underdog odds I’m eager to back Lingo.

I have and always will be a Brian ‘Boom’ Kelleher fan. He is a finisher who always gives it his all and I am backing him to get a dominant win here. Kelleher is a crisp striker with an uncanny knack for landing one on the button out of nowhere. He also has the ability to wrap up a sneaky choke on the mat and scramble out of bad situations when he finds himself on the bottom.

Because Kelleher throws everything with the intent to shut his opponents lights out, he has struggled to beat the elite contenders who sit back and counter his big shots with double leg takedowns. This was perfectly illustrated in his fight with the talented Ricky Simon. Despite that fact and Pilarte being a top grappler, this is a dream matchup for Boom.

He is good enough to scramble out of a bad position if he gets taken down and Pilarte has massive holes in his striking defense that Kelleher can exploit. I expect Kelleher to land one on the chin of Pilarte in the first two rounds and put him away.