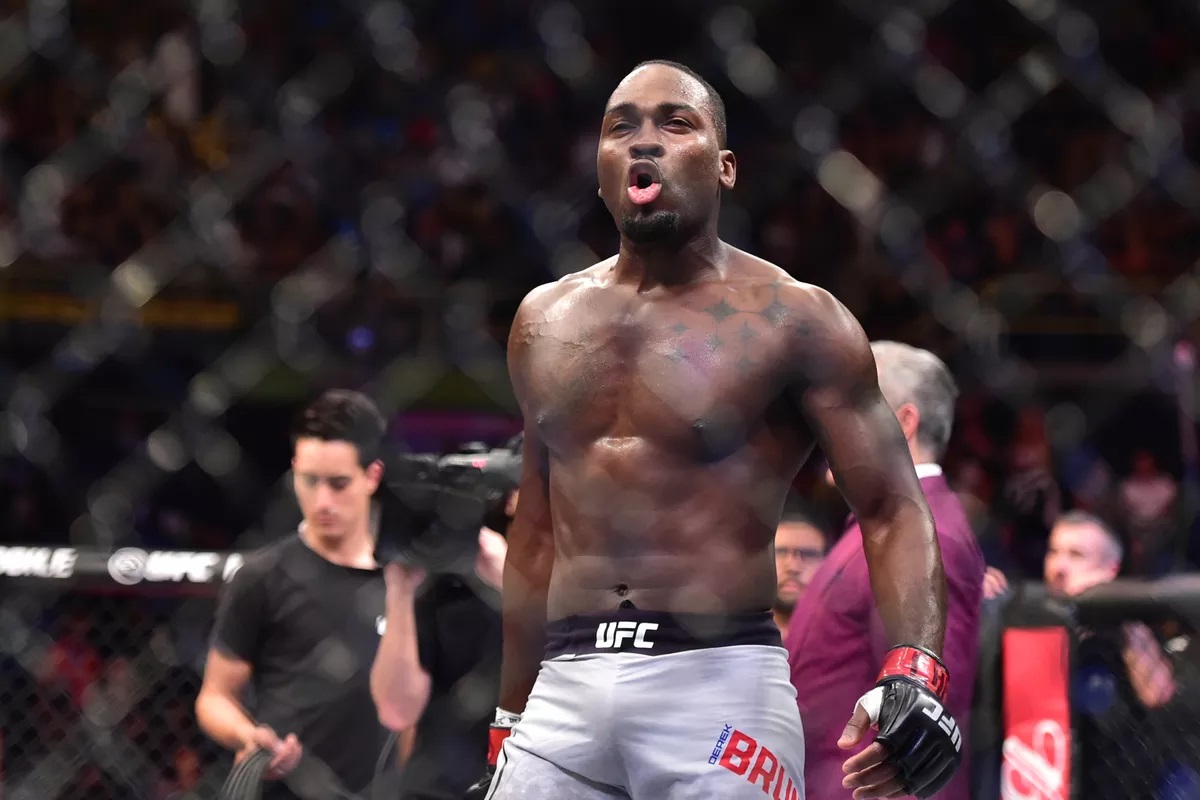 The Apex Centre in Las Vegas, Nevada hosts a Fight Night that is not to be missed. Headlined by Derek Brunson and the breakout fighter of 2020, Kevin Holland this main event is sure to be fireworks. In the co-main Gregor Gillespie returns against the promising Brad Riddell and Heavyweights, Tai Tuivasa and Don’Tale Mayes slug it out in the third fight on the main card. All that and more this weekend as we have a look at three main card bouts below.

This is a fantastic match up, if for no other reason than it being a great marker of where Kevin Holland really sits in the division. Holland went on an impressive 5-0 run in 2020 and secured one of the best knockouts of the year over Jacare Souza. He is a crafty striker with some solid body kicks and an ever-improving jab and straight right. If he is to beat Brunson, he will need to control the Octagon and just continue to jab away at Brunson until he grows frustrated and overcommits to his shots.

Brunson is also easy to taunt, as evident in his fight against Israel Adesanya, and if Holland can get in his head, it will go a long way to winning this fight. However, I actually do favour Brunson to come away victorious. He has the wrestling caper to make Holland fight off his back for long stretches and he can be the one to control the pace of this fight by utilising his advantage in the clinch.

While Holland is improving, I don’t see him as being a top contender just yet and Brunson turns away everyone but the elite in the Middleweight division. Brunson lands enough to come out with a decision victory and add another scalp to his long list of contenders he has ended the hype of.

Brad Riddell is an impressive 3-0 in the Octagon and 9-1 in his professional career. He has solid boxing with good power and is all round a fairly well-versed fighter. His opponent Gregor Gillespie is returning after a 16-month layoff after his first professional loss, a devastating head kick knockout at the hands or rather shin of Kevin Lee. While that damaged his immediate title credentials, Gillespie is still a well-rounded fighter with high calibre wrestling and grappling perfectly adapted to MMA. Gillespie will inevitably drag this to the mat and submit Riddell. Gillespie will bounce back into the winners list in a dominant way here so put yourself in a place to profit from it.

Tai Tuivasa had his early UFC hype well and truly derailed, going on a three-fight skid before bouncing back to the Skyscraper Stefan Struve. I have never had a big opinion of Tuivasa as he is a hard hitter with not much technique and looks clueless when the fight hits the ground. Luckily for Tai he has a perfect match up on paper here in Don’Tale Mayes. Mayes is a boxer with a very upright stance which is ideal for Tuivasa who has a solid arsenal of leg kicks. He is also likely to engage in the clinch which negates his reach advantage and perfectly plays into Tuivasa’s hooks and overhands on the break and uppercuts in the clinch. Tai catches him somewhere in the first or second and lays out Mayes for back to back wins.