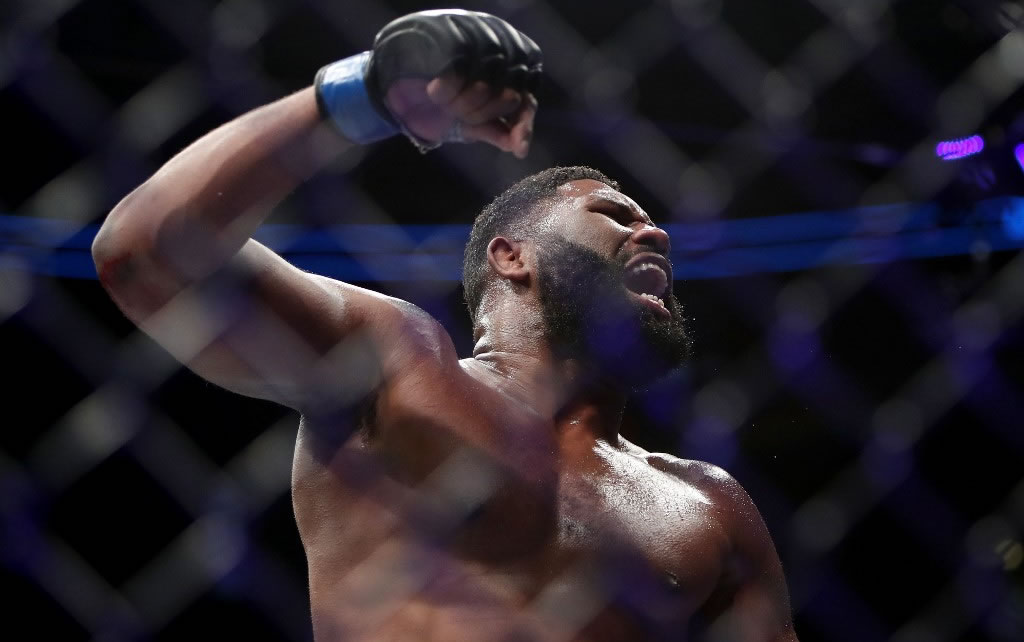 The UFC Apex Centre in Las Vegas once more plays host to the weekly UFC fight card. In the main event two Heavyweight contenders battle it out with the hope that the winner is next in line for a title shot.

Curtis Blaydes and Derrick Lewis are both in the midst of impressive win streaks and they should provide us with fireworks in the Main Event of this weekend’s UFC Fight Night. Exciting prospects, Ketlan Viera, Charles Rosa and Phil Hawes also return for their first bout of the new year on the main card in a card not to be missed. We look at the Main Event and a couple of other key fights below.

Curtis Blaydes truly is as deserving as anyone for a title shot but his ‘boring’ style is the reason he is yet to get one. He has two losses on his UFC record, both being to Francis Ngannou. Away from that, he has dominated any man they have put in front of him. His opponent Derrick Lewis continues to get come from behind wins as his weaknesses are exploited before he lands a punch on the jaw of his foe and ends it almost instantly. There is no saying he can’t do it again here due to Lewis always being a knockout chance as long as it is on the feet, however, Blaydes looks to have too many tools for Lewis to navigate through. It is simple for Blaydes who will keep it at range and time his takedowns under Lewis’ hooks. Once there it is going to be an onslaught of Blaydes elbow’s and an inevitable mercy stoppage by the official thereafter. The odds aren’t anything to write home about, but they are still value as Lewis literally and figuratively has a punchers chance.

I am a little shocked the market has this as a 50/50 fight as if Phil Hawes is anywhere near what people are hyping him up to be, he should win this fight without much trouble. Imavov is definitely Hawes’ hardest opponent to date but relies heavily on his wrestling to regain his breath throughout his fights. That just will not work against Hawes who is the better wrestler. Hawes realistically has the advantage on the feet and the ground and as long as Hawes remains focused, he should finish Imavov inside the 15 minutes.

Casey O’Neill makes her UFC debut here and she is one to watch. O’Neill has some fantastic grappling skills and some slick striking to match. On the other hand, Shana Dobson would be 0/4 in her UFC career if it was not for Mariya Agapova gassing out horrifically. To me the odds should be much further apart than they currently are. If it gets to the ground, O’Neill will find her way to Dobson’s back and choke her out. If it stays on the feet while it is more even, O’Neill still has the better range of strikes and she won’t be gassing out like Dobson’s last opponent. Expect a dominant O’Neill win.