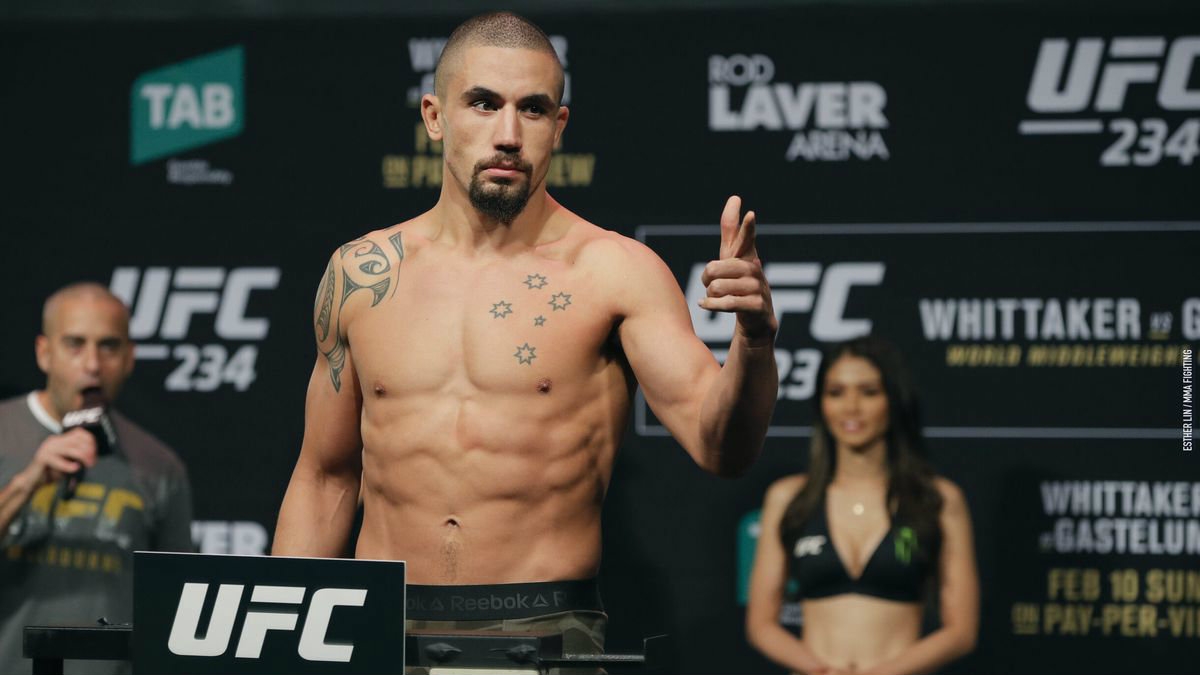 We wrap up our fight Island adventure with UFC Fight Night 174 this weekend. The main event sees the returning Rob Whittaker take on Darren Till in what should be an epic matchup. As well as that we have numerous rising stars in this huge 15-fight card. Let’s have a look at some of the key matchups below.

Robert Whittaker vs Darren Till 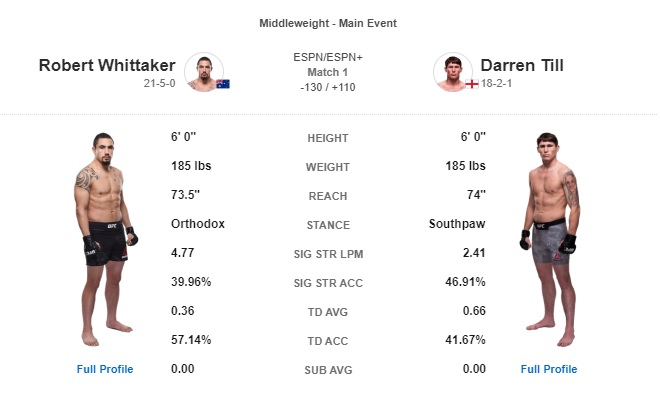 Rob Whittaker got torn apart by Israel Adesanya and consequently lost the belt. It would be detrimental to think, however, that Rob has lost it and is no longer elite as Adesanya is one of the best strikers in the UFC currently and potentially in a year or two we may say ever. Whittaker has excellent distance management and deploys a range of kicks that help keep his opponent at range, while systematically affecting their mobility. Let’s also not forget that he had the wrestling chops to withstand the takedowns of Yoel Romero. He still is one of the elites of the division and I believe he will show it here. His opponent in Till is a long but strong striker who has caused all sorts of problems with his power to the likes of fighters such as Cowboy Cerrone.

He bounced back from a couple of defeats in his last fight against Gastelum where he showed more poise and genuine improvement. However, his blitz striking is not going to work well against Whittaker who will hit you with a hook and overhand left as you come into range. You would also be amiss to mention that Whittaker has an insanely underrated jiu jitsu game and although he doesn’t go to it often, he has the ability to shift this fight as he pleases, something Till cannot do. I do still see this being a close fight and if Till shows patience in his strikes and doesn’t just rely on that one power punch he could hang with Whittaker but I see Bobby Knuckles returning to the win column and proving that he is still a genuine contender and can recapture the belt. 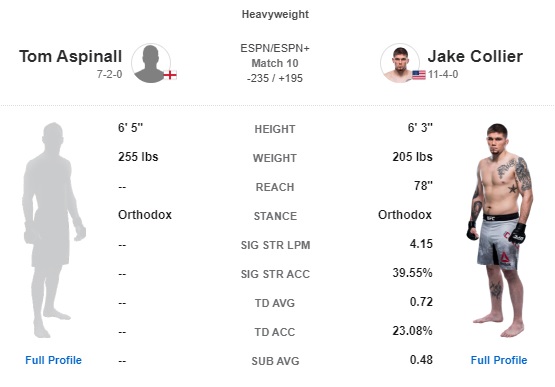 Aspinall has had one interesting career for someone who is only 27. He has gone from MMA to boxing and now back to MMA. He ended his three-year MMA hiatus last year with two quick finishes, the longest of which being just shy of a minute and a half. In his UFC debut he draws what is honestly as good of a match up as he could ask for in Jake Collier. Collier will be around 20 odd pounds lighter than Aspinall and doesn’t have the speed nor power advantage. Even the takedown is fraught with danger as Aspinall has proved that he is a submission threat especially off his back. Add to the mix that he hasn’t fought since 2017 and it is a steep ask of Collier to upset the strong boxer that is Aspinall. Aspinall gets it done and early. 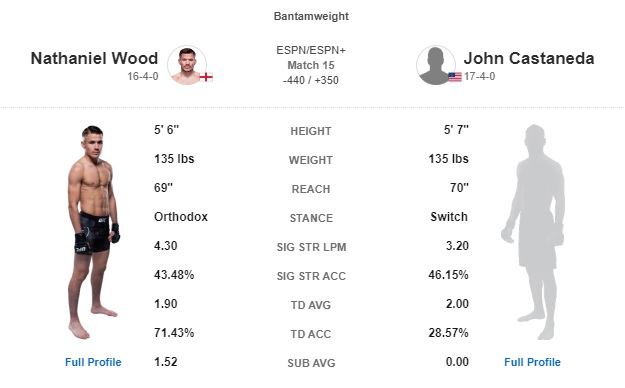 I expect Nathaniel Wood to come out and put on a show here. While he has holes in his game that need work, he still has an exceptional finishing record as he has finished 14 of his 16 wins. Wood is a brawler who does struggle with fellow power punchers but that isn’t Castaneda. Castandeda has what can be best put as mediocre striking defense and unless he can get Wood on the back foot, which I don’t see happening, he will have his lights shut out. That is exactly what I am backing will happen.