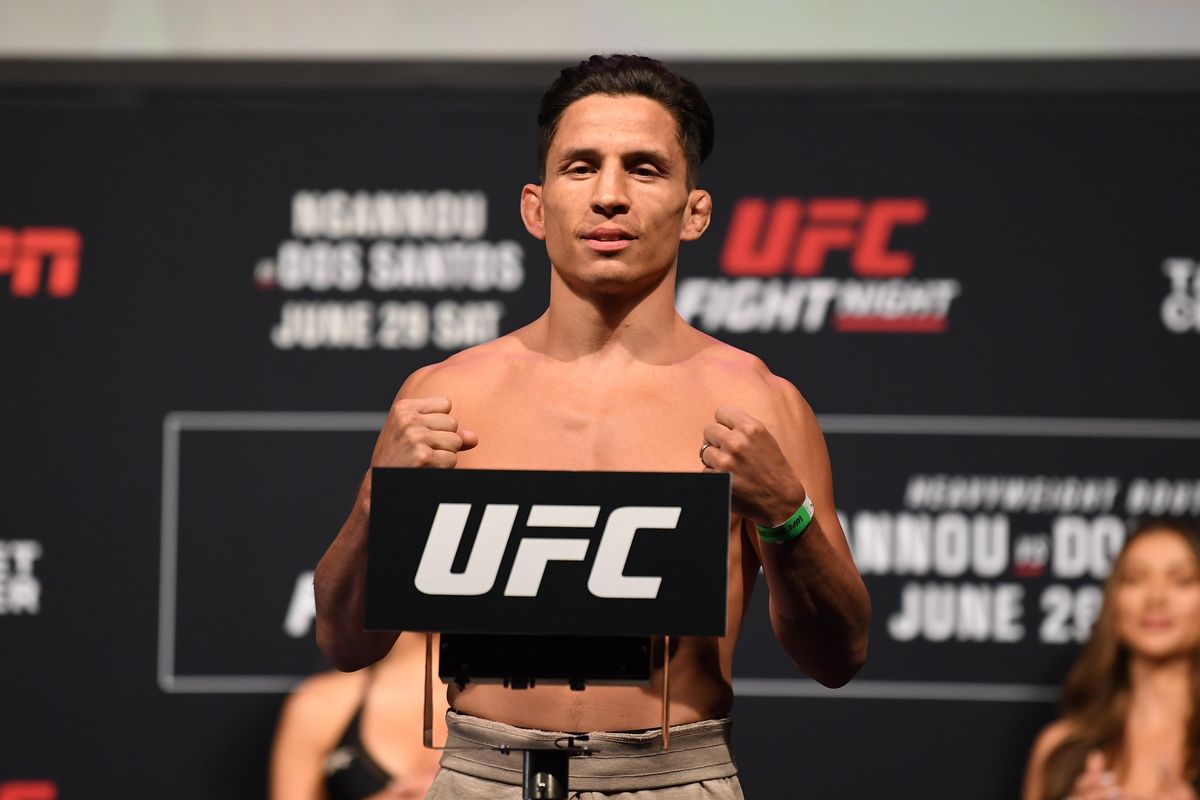 Chartway Arena, Virginia is the host of UFC Fight Night 169, which is headlined by a Flyweight title fight between Joseph Benavidez and Deiveson Figueiredo, after Henry Cejudo recently vacated the title. While the card away from the title fight is void of big names, we still are left with some fresh blood in the UFC to delve into with five UFC debutants and many more in the first three fights of their contract making the walk to the Octagon in Virginia. Let’s look into a few of the matchups I like below and brace ourselves for the chaotic and exciting fights to come over the next five fight cards.

With Henry Cejudo vacating as he continues his journey up a division it leaves these two consistent fighters to fight it out for the vacant title. Both fighters have been scheduled to fight each other previously before the fight fell through. On paper both men are evenly matched, and this should be a great fight. While Figueiredo has a three-inch reach advantage, Benavidez would still be more than happy if he chose to stand and trade. His footwork and general fight IQ are Benavidez’ strongest assets and if this fight stays on the feet it is hard to see it going any other way than a Benavidez victory. The issue that presents Figueiredo is that there is no area of the fight where he can drag Benavidez into deep water. Benavidez has a 63% takedown defence and averages more takedowns and strikes on average than Figuiredo and has also gone five rounds before unlike Figueiredo. While this really is likely to be a close fight I have to side with Benavidez due to his experience and adaptability.

Sergey Spivac is still young but he looks to have plenty of untapped potential. Spivac was 9-0 coming into the UFC where he was steamrolled by Walt Harris in his UFC debut. He responded well to that defeat, however, choking out Tai Tuivasa in his last fight. His opponent Tybura can turn the lights out at any time but he has been knocked out in three of his last four and looks to be well past his prime. While Spivac is still fresh and has plenty to learn he has the base to keep him out of trouble and ultimately should be stopping Tybura here as realistically this is a stepping stone fight for the young Ukranian.

I am completely aboard the Luis Pena hype train, almost as much as I am on Sean O’Malley’s. He is rangy and awkward and really should be disposing of Garcia Jr without any issue. Pena lost his last fight to Matt Frevola by decision and it really could have gone either way. That fight was back in October and Pena would have worked hard on tidying up his striking and grappling after that fight where he looked underprepared. Pena has a bright future ahead of him and should dominate this fight. Garcia is up a weight class and comes into this fight on less than a week’s notice. He has struggled to outmuscle smaller men in previous fights and that doesn’t bode well for him against Pena. Expect Pena to walk him down, force him up against the cage and finish him with either a flurry of strikes or a variation of a guillotine or arm triangle.

DraftKings have a fantastic promotion for you to take advantage of for UFC Fight night 169! Click HERE to sign up to DraftKings and your first deposit will be matched up to $1,000!