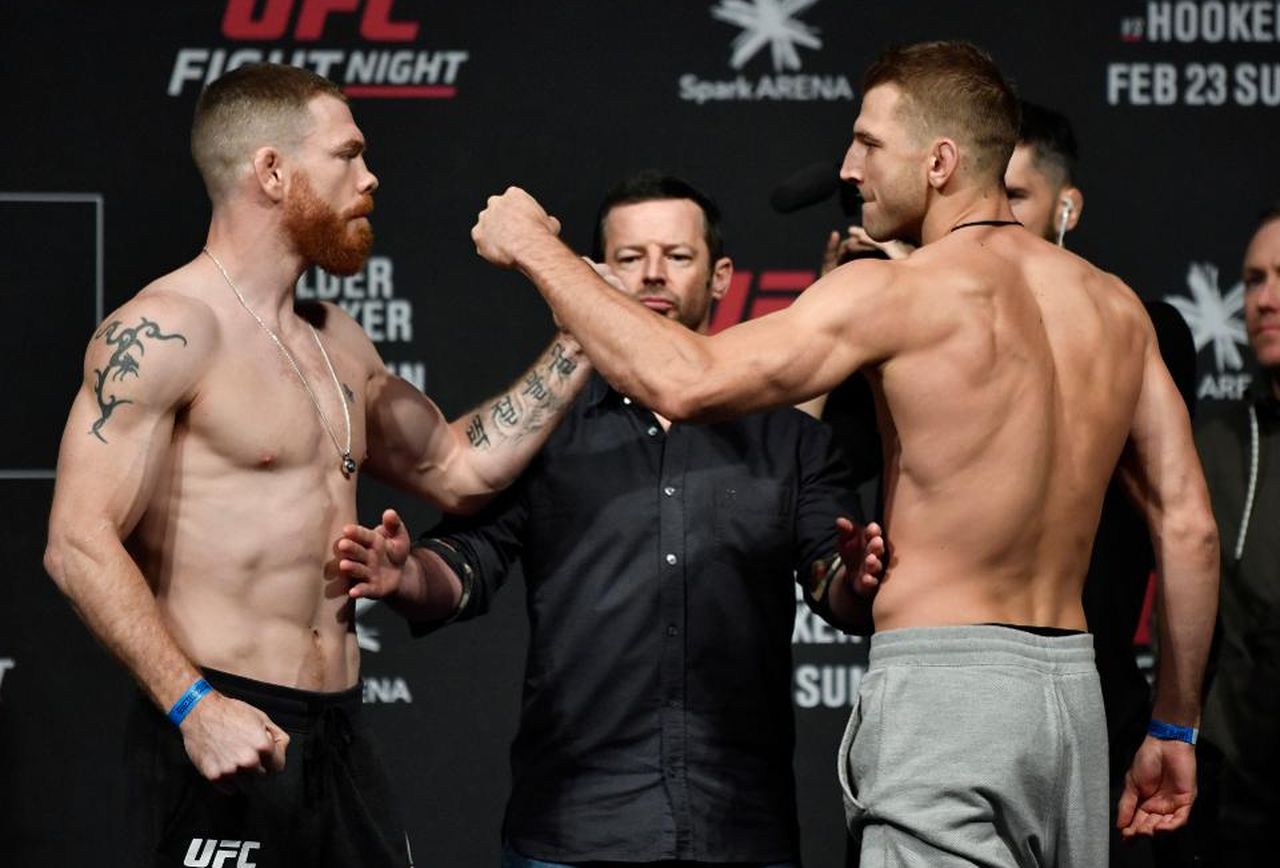 Spark Arena in Auckland hosts UFC Fight Night 168, headlined by the local ‘Hangman’ Hooker against the ‘Irish Dragon’, Paul Felder. In the co-main two young Light Heavyweights face off in a fight where the winner is likely to receive a top five opponent in their next fight. Also, on the main card is former title challenger Karolina Kowalkiewicz who is on a three-fight slide and facing exciting Chinese talent Yan Xionan. There are plenty of local hopes on show with a mix of up and coming stars and seasoned veterans fighting it out in an array of exciting and intriguing bouts.

What a scrap this should be with both Felder and Hooker looking to climb up the rankings in a stacked Lightweight division. This is the first time Hooker has fought on home soil since 2017 when he demolished UFC stalwart Ross Pearson with a knee and since then the has racked up a nice resume of wins over top opposition. Felder has also amassed some big wins in recent times and although he isn’t really a specialist in any particular area of MMA, he has caused some of the big names in the division some serious problems and has been improving with every fight.

Both men really are in the peak of their MMA careers and both will happily stand and bang, mixing in the odd bit of wrestling. I personally struggle to see Felder beating Hooker without knocking him out. Hooker is the rangier fighter and has polished striking that can really cause Felder some major problems. Since Felder hasn’t finished anyone in over two years, I’m backing Hooker to earn a decision victory or potentially a late finish. Hangman is a threat to the top fighters of the division and is another from City Kickboxing that can be right at the top of the division.

My favourite underdog play on the card comes in the form of Loma Lookboonmee. Loma comes from a Muay Thai background and she has competed in over 300 Muay Thai fights and put on a clinic in her UFC debut against Albu, dominating the clinch and picking her opponent apart on the outside. Her opponent Angela Hill is a step up but comes into this fight on 3 weeks’ notice and within 30 days of her last fight. I’m banking on Loma to be able to win the first couple of rounds before Hill can implement her game plan and that her underrated wrestling can hold up against Hill’s. Loma will always be small for the division as she used to fight at Atomweight but with plenty of class and experience she can take it to Hill and get the victory.

Simply Jake Matthews is the more complete fighter than Emil Meek. Meek relies on his power to walk his opponents down and put them away. Worryingly though he has been taken down 14 times in his last two fights and that doesn’t bode well for him against the adept ground game of Matthews who has a number of submission wins to his name. Matthews with the majority of support behind him, just needs to avoid that early KO power of Meek and navigate the fight to the floor. If he can do this, he should secure a comfortable victory and at only 25 a bright future awaits the current Welterweight.

DraftKings have a fantastic promotion for you to take advantage of for UFC Fight night 168! Click HERE to sign up to DraftKings and your first deposit will be matched up to $1,000!