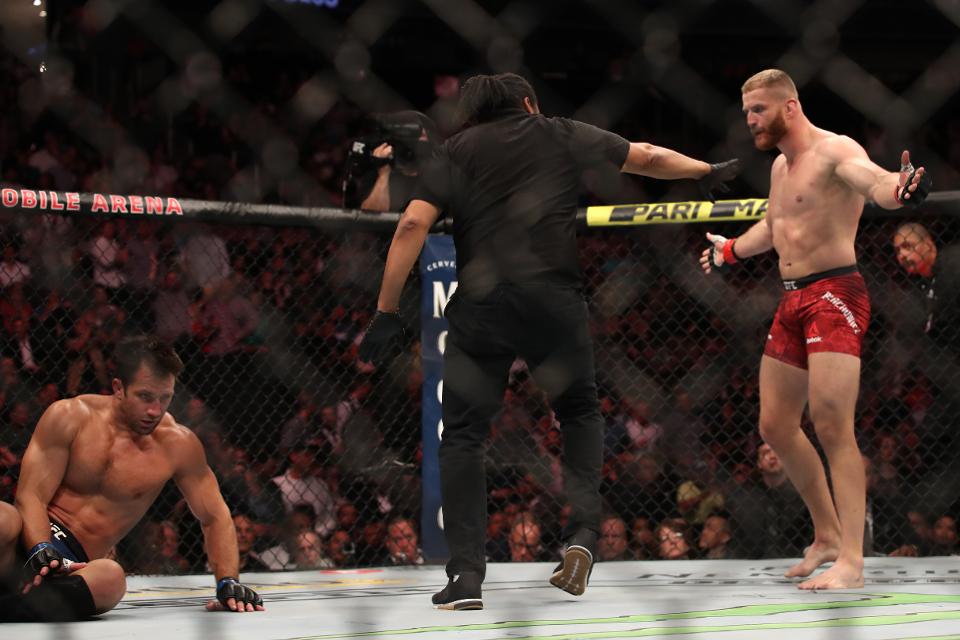 UFC Fight Night 164 heads to Ginasio do Ibirapuera, Brazil where local legend Ronaldo ‘Jacare’ Souza meets Jan Blachowicz as the main event in the Light Heavyweight division. Jacare moves up to Light Heavyweight for the first time and this looks to be a top-class fight, with the entire card full of interesting matchups and plenty of value.

Souza moves up to Light Heavyweight for the first time here and it is an incredibly hard introduction to the division for the Brazilian. Blachowicz has the reach advantage as well as a great gas tank for the division and plenty of power in his hands. Souza will look to get this to the ground and just point fight on the feet staying at range, but he is in for a tough night in his native country. Blachowicz pours on unrelenting pressure until he gets the knock out or gets the win on the judges’ scorecards.

There were a couple I liked on the main card such as Turman and Oliveira to blow away Jared Gordon, but the value and smart plays lies on the undercard. I have eventually settled on two picks that can get the job done.

Both these fighters are known for their quick finishers with Ricardo Ramos having six first round finishes and Garragorri racking up nine of his own. Garagorri, however, has built his record against below par opposition and has never looked comfortable in any kind of wrestling exchange and that is a big problem against a guy like Ricardo Ramos. Ramos is incredibly seasoned on the ground, with a very slick jiu-jitsu game and as long as he is smart and decides to take this down to the ground, he will drag Garagorri into deep water and get the submission win.

Pick: Ramos to win by submission (+275 at BetRivers)

Warlley Alves is an exciting talent and while he hasn’t got a submission win since 2015, he gets his chance to rack up another againt Randy Brown. Alves up until his most recent fight had shown that his cardio was a real issue but against Moraes in his last fight, he was going strong all the way up until he knocked him out. As long as Alves’ conditioning holds up long enough to get this to the ground, he can get the submission win at nice odds.

Pick: Alves to win by submission (+350 at BetRivers)